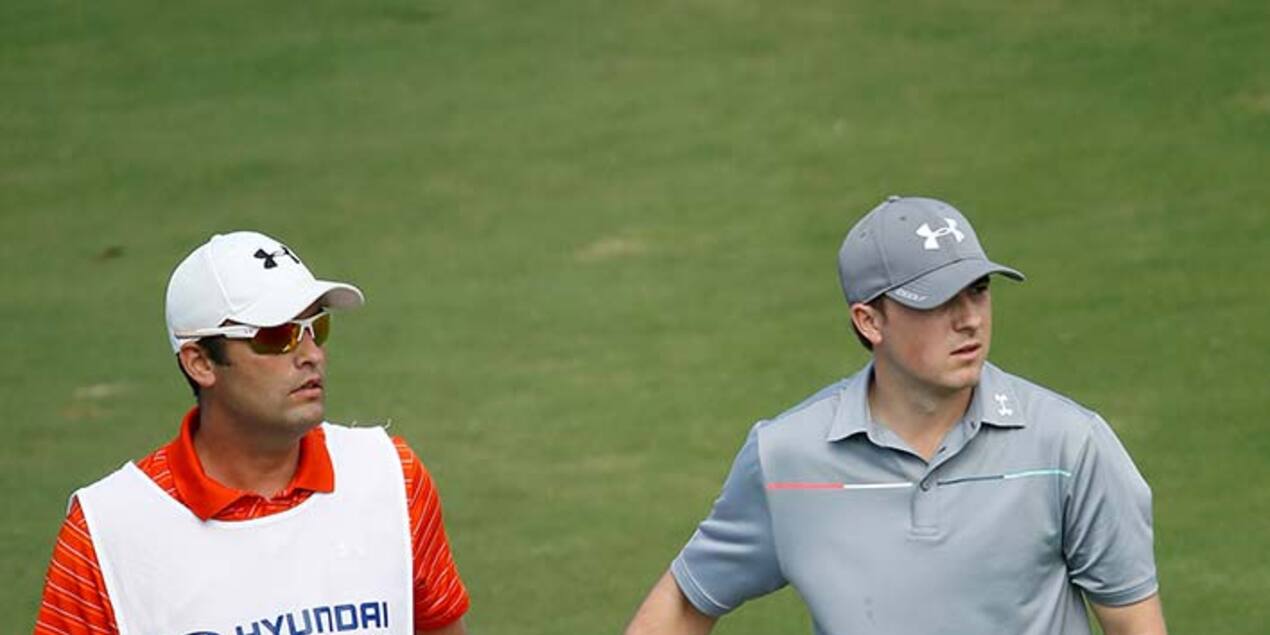 Sports Illustrated — RECENTLY, SI took an informal survey of Tour players to find out what they like most about the game of baby-faced Jordan Spieth, whose 2013 season was the PGA Tour's most audacious debut since Tiger Woods's emergence in 1996.

"Just his composure," said Steve Stricker. "I think he's got it all together. You know, he doesn't seem like he's 20 years old. He seems more mature than that."

"It's the maturity," said Zach Johnson. "Meaning not letting emotion get involved on the course and just keep plugging along."

"He's very mature," said Jason Day. "He doesn't hit a shot until he's committed. It takes a lot to learn that. It's taken me a good five or six years to finally understand that."

"The most impressive part about his game is his maturity," said Graham DeLaet. "I was paired with him in Houston [last March] and he hit the ball poorly, yet he still shot five or six under. I was like, This kid has already figured out how to play the game. The physical abilities are there, but what's most impressive is his mental toughness."

Spieth (rhymes with teeth) has always been an old soul. He was raised in Dallas to be a Texas gentleman—sir andma'am were built into his vocabulary, and community service was stressed through school and church. He developed a broader perspective at age seven when his sister, Ellie, was born with a neurological disorder and spent her first month in the NICU. Jordan visited her every day. "He saw firsthand how some of those kids never got to go home," says his father, Shawn. By his teens Spieth was golf's can't-miss kid, but he never took himself too seriously because, he says, "in my family it's never been about me." He and Ellie have a very sweet, especially close relationship. She attends a school for developmentally disabled kids, and when he was in high school Jordan regularly volunteered in her classrooms. Now that he has gotten his first taste of fame and fortune, he is not shopping for Bugattis but rather talking about setting up a foundation to benefit special-needs children.