Jordan Spieth’s ascent in golf has been a linear one, a straight line from junior golf dominance to joining the elite in professional golf, while constructing a record of achievement most won’t achieve in a lifetime.

Few players in golf history have made so significant an impact in so short of time, a record of success of which his junior career was a harbinger. He won the U.S. Junior Amateur twice, joining Woods as its only multiple winner. He also was No. 1 in the American Junior Golf Association ranking in 2011.

Spieth was named to the 2011 U.S. Walker Cup and went 2-0-1, winning both his singles matches, though the Americans lost to the Great Britain-Ireland team, 14-12.

A native Texan, Spieth enrolled at the University of Texas and in his freshman season, he was the Big 12 Conference player of the year and helped the Longhorns win the NCAA championship.

After the first semester of his sophomore year at Texas, Spieth turned professional, and playing on sponsor exemptions early in 2013, he tied for second in the Puerto Rico Open and the following week tied for seventh in the Tampa Bay Championship to jump start his PGA Tour career.

Four months later, he won the John Deere Classic, the beginning of a methodical climb to No. 1 in the Official World Golf Ranking in June of 2015, the first of 26 weeks atop the ranking.

In his first six season on the PGA Tour, he won 11 tour events and two Australian Opens.

Spieth can trace his rapid rise to golf prominence back to the athletic family into which he was born in 1993. His dad, Shawn, played baseball at Lehigh University, and his mom, Chris, was a basketball player at Moravian College. Jordan’s younger brother Steven was a basketball player at Brown University while his younger sister, Ellie, born with a genetic disorder, is the true star of the family. 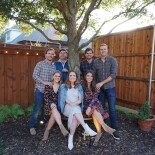 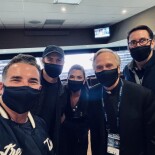 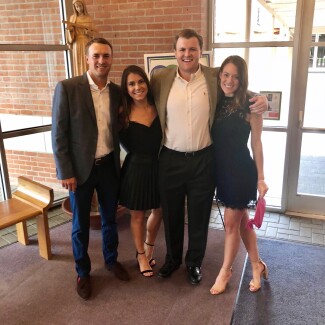 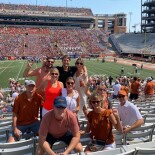 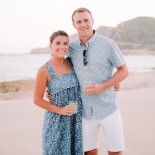 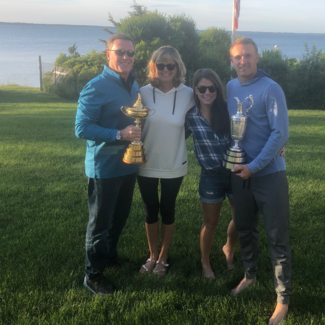 Baseball was Spieth’s first love. A left-handed pitcher, he gave it up at age 12 to focus on golf, and he quickly became one of the most heralded junior players. He won two U.S. Junior Amateur Championships, only the second player ever to win multiple Juniors (Tiger Woods is the other), and was an American Junior Golf Association (AJGA) first-team All-American three times.

At age 16 and a high school junior at Jesuit College Preparatory School of Dallas, he was invited to play in his first PGA Tour event, the HP Byron Nelson Championship, and gained national attention when he was in contention for most of the tournament and ended up tying for 16th. Among other accomplishments as a junior, Jordan was selected to the victorious 2011 Walker Cup team, where as a 17-year old, he held an undefeated record. Upon graduating from Jesuit, Spieth enrolled at the University of Texas, where he helped the Texas Longhorns win the 2012 NCAA Team Championship in his freshman year and was named first-team All-American.

Read: How Jordan Spieth’s High School Golf Coach Helped Shape Him Into the Player He Is Today

In 2013, midway through his sophomore year, Spieth decided to turn pro and played his way onto the the PGA Tour, highlighted by a T2nd at the Puerto Rico Classic and T7th at the Tampa Bay Championship. Later that year, Jordan went on to win his first professional tournament, the John Deere Classic, becoming the youngest PGA Tour winner in 82 years. He concluded the year ranked 7th on the FedEx Cup and earned a Captain’s selection for the United States Presidents Cup team, becoming the youngest ever to play in the event. To cap the incredible season, Spieth was unanimously named 2013 Rookie of the Year.

As a 20-year old, Jordan followed his first year on the PGA TOUR with continued consistency and strong performances. He recorded eight top-tens, with two 2nd place finishes, including an incredible runner-up performance in his debut at The Masters and a T5 at The PLAYERS Championship. He earned a spot on the United States Ryder Cup Team and was once again the youngest player (in modern golf) to do so. Jordan finished his exceptional year with impressive back-to-back victories. An 8-under 63 in the final round of The Emirates Australian Open made him the first American to win the event in over 20 years. The following week, in an elite field at the Hero World Challenge, Spieth dominated the field with a 10-shot victory.

Spieth’s 2015 was arguably one of the most historic golf seasons ever played with five victories and 15 total top-tens. After winning the Valspar Championship in March, Spieth shattered records with his first major victory at the 2015 Masters Tournament. He holds the lowest 36-hole and 54-hole scoring records, the most birdies (26) in 72 rounds and tied the 72-hole scoring record. He is the second youngest player to earn a Masters green jacket, next to Tiger Woods. He followed with another extraordinary major victory at The U.S. Open Championship at Chambers Bay, becoming the youngest golfer to ever hold the first two legs of golf’s majors at just 21-years old. He went on to finish T4 at The Open Championship (1-shot out of a playoff) and 2nd at The PGA Championship. Including yet another victory at the John Deere Classic, he solidified his season’s place in golf history with a victory at The TOUR Championship, earning his fifth win in 2015 as well as becoming the FedEx Cup Champion. Jordan finished the season number one in the Official World Golf Rankings and was unanimously named 2015 Player of the Year.

Jordan hit a strong start at the front of the 2021 calendar year with multiple top-5 finishes, including a run at both the AT&T Pebble Beach Pro-Am and the Waste Management Phoenix Open. Spieth then played his way to his 12th PGA TOUR victory and 15th global win at the Valero Texas Open in his home state of Texas by closing with a six under 66.

Inspired by his sister Ellie, Jordan fulfilled a lifelong dream by launching the Jordan Spieth Family Foundation. The focus of this charitable endeavor is to provide financial assistance and a platform for supporting children with special needs, military families, junior golf programs and the most recent addition, pediatric cancer.