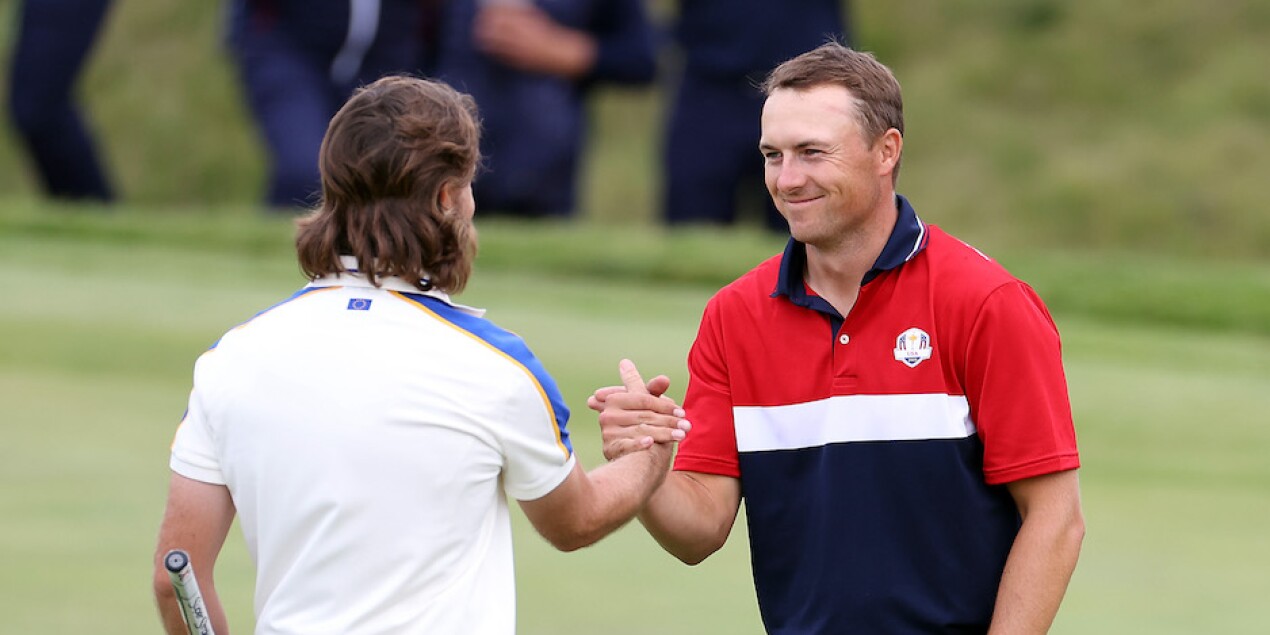 Winning isn’t everything in the Ryder Cup. It’s also the great moments that come out of the competition.

The greatest example was in 1969 – the Concession – when Jack Nicklaus came down the final hole at Royal Birkdale tied with Tony Jacklin. After Nicklaus made a par putt, he conceded Jacklin’s par, ending that Ryder Cup in a tie, which allowed Great Britain & Ireland (continental Europe joined the Ryder Cup in 1079) to retain the Cup.

“I don’t know why but I very quickly thought about Tony Jacklin and what he had meant to British golf,” Nicklaus later said. “Here he was, the Open champion, the new hero, and all of a sudden it felt like if he missed this putt he would be criticized forever. This all went through my mind in a very, very quick period of time and I just made up my mind. I said, ‘I’m not going to give Tony Jacklin the opportunity to miss it. I think we walk off of here, shake hands and have a better relationship between the two golfing organizations is the right way to do it.’”

The latest example played out on the 18th hole in the penultimate singles match on Sunday. Jordan Spieth and England’s Tommy Fleetwood went back and forth throughout the match. Spieth went 1 up at the 15th hole, and Fleetwood tied it at 16.

The pair went to the 18th hole tied. Each player had a roughly 5-foot putt left for par. With the outcome of the Ryder Cup already decided in favor of the Americans, Spieth and Fleetwood conceded the putts to one another to finish their match in a tie: