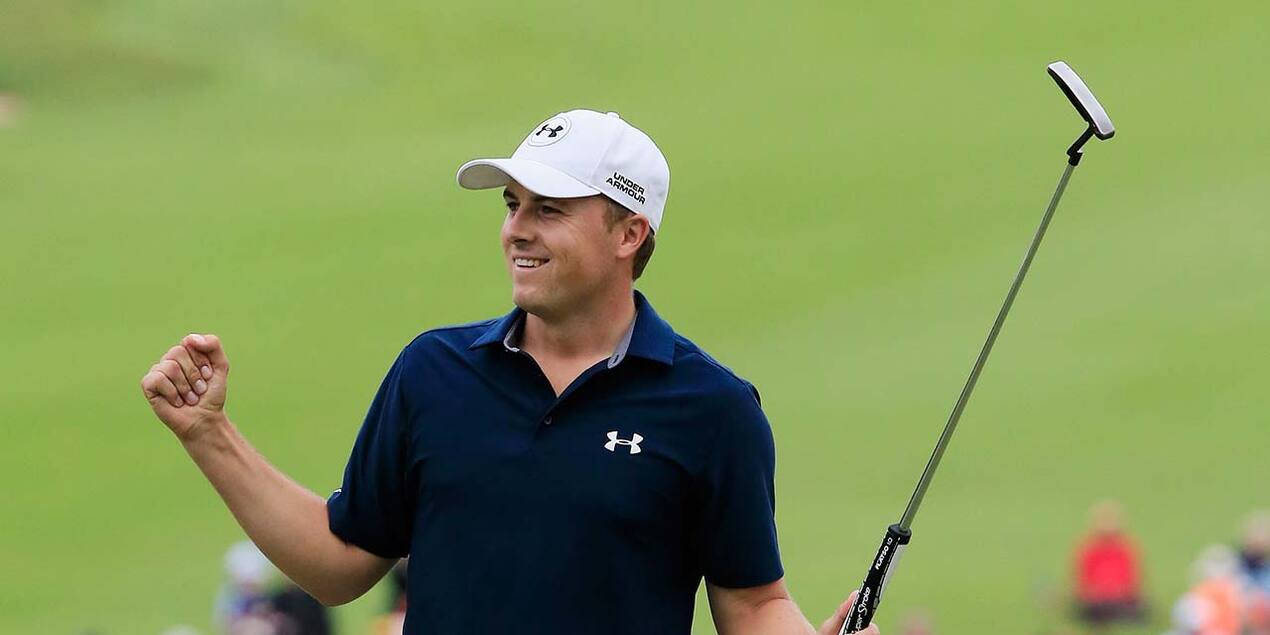 You say you want a revolution?

Golf has been there, done that.

Just as Tiger Woods changed the game with his power and his fitness more than a decade ago, Jordan Spieth changed golf this year with less glamorous but no less effective concepts--putting, wedge play and preparation.

The secret of golf is not making bogeys. Woods exemplified that during his peak when his short game and putting was near best-ever levels but it was his long drives and precise iron play that got most of the attention.

Spieth’s great contribution, other than being a fresh new face full of energy and motivation, was in putting the game’s emphasis back where it belongs, on scoring instead of monster drives and bomb-and-gouge golf.

Spieth ranks No. 1 in one-putts per round and No. 2 in percentage of putts made from 15-25 feet. There were a few indicative moments from Sunday’s finale worth remembering. The look on challenger Henrik Stenson’s face was priceless at the par-3 11th green. Spieth’s tee shot came up short, caught a mound mid-green, and rolled back down the slope. Stenson had hit it to three feet. Spieth poured in the up-and-over-and-barreling-right putt from 45 feet like it was a simple. Stenson keeps a good poker face normally but his that-figures smirk was unmistakable and, gamesman that he is, he gave Spieth a modest fist-bump and a nod.

Struggling to bring home a three-shot lead on the closing stretch, Spieth rolled in par-saving eight-footers at 14 and 15, showing his emotion with a clenched-hand fist pump at the 15th. There was also an 18-footer for birdie at the ninth, which brought a roar from a big gallery jammed around the green.

Sure, Spieth won the Tour Championship here at East Lake by four strokes over Stenson, Justin Rose and Danny Lee by using all facets of his game but there is no underrating his putting stroke or his work ethic.

Think about the little things. Even though Jason Day outran him at the PGA Championship—and had to shoot the lowest score in major championship history to do it—Spieth stayed in the hunt in part because of his preparation. He holed an important bunker shot at Whistling Straits’ 18th hole in the second round because he’d talked to local caddies who’d told him about that bunker (and another one) were firmer and played differently than all the rest.

Read the Full Article at GOLF.com