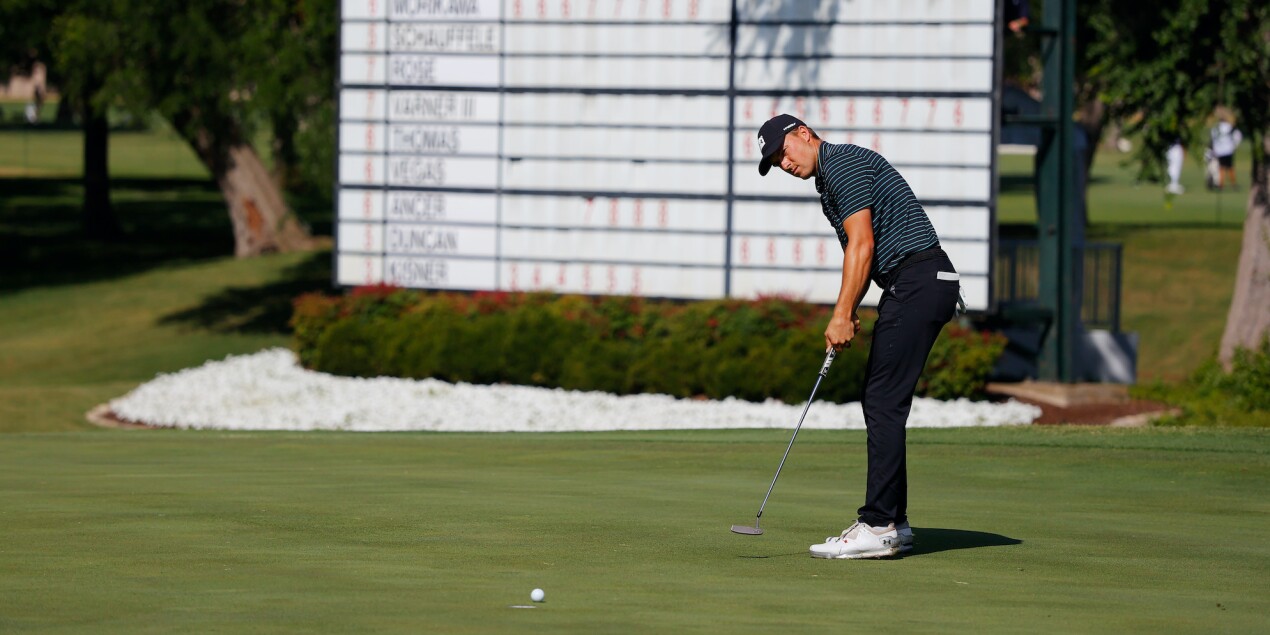 FORT WORTH — Maybe the PGA Tour’s three-month layoff was a blessing in disguise for Jordan Spieth.

It has been almost three years since he last won a PGA Tour event and almost as long since he’s held or shared the lead after 36 holes, but Spieth walked off the Colonial Country Club course on Friday tied for first at 10-under par. His score held to leave him tied in second place at day’s end, behind Harold Varner III.

Some players were rusty after the layoff. The strongest field in Colonial history took a hit as those who missed the cut included the No. 2 world golfer, Jon Rahm; the fifth-ranked Dustin Johnson; the 17th-ranked Matt Kuchar; the 31st-ranked Kevin Na, the defending champion; and the two-time Colonial winner Phil Mickelson.

Once considered the sport’s “next big thing,” Spieth, 26, posted two rounds of five-under-par 65 to enter the weekend at the Charles Schwab Challenge in contention on one of his favorite courses, which is just a 30-minute drive from his Dallas home.

“I love this place,” Spieth said. “It’s just a golf course where it forces you to hit to certain areas and play from there, and each pin location has kind of a place you can miss and a place you can’t. So, it’s just learning it and missing in the correct spots when you’re out of position.”