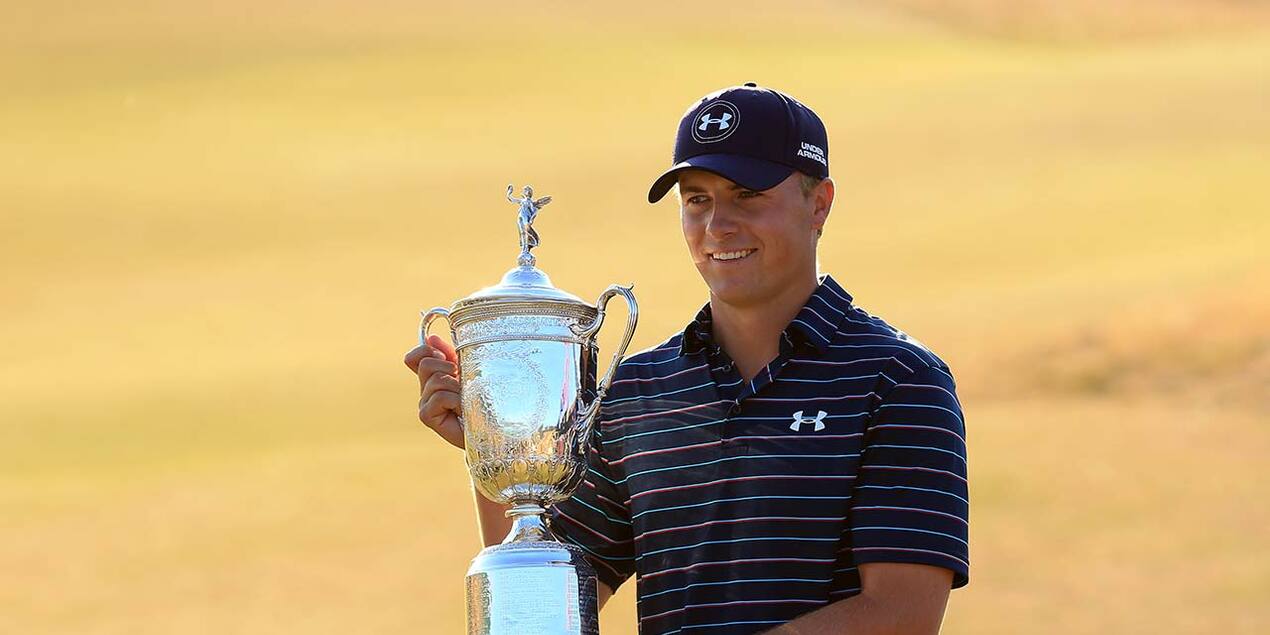 It was not enough that Dallas native Jordan Spieth broke through for his first major championship at the Masters.

On Sunday the Dallas Jesuit graduate added the second event of golf’s Grand Slam to his collection.

He shot 1-under 69 on the difficult links layout on the Puget Sound to finish one stroke clear of American Dustin Johnson and South African Louis Oosthuizen.

With his third victory this year — fourth since embarking on his pro career in 2013 — Spieth will head to the British Open in St. Andrew’s, Scotland in search of more history.

“Every single thing that I’m able to do, somebody seems to find a history lesson on why I was the youngest to do something or as young as somebody way back when,” Spieth said. “For me, this is my life. I’ve now been doing it for a while. I don’t really think of my age.”

No player has won the modern Grand Slam. Amateur Bobby Jones captured all four majors in 1930, which were the British Amateur, the British Open, the U.S. Open and the U.S. Amateur.

Tiger Woods is the only other player to hold all the modern major trophies — the Masters, U.S. Open, British Open and PGA Championship — at the same time. But Woods did not do so in the calendar year. He swept the final three majors in 2000 and then won the 2001 Masters.

Spieth’s popularity has increased with his world ranking. Sunday’s victory will put him closer to No. 1 Rory McIlroy. The changing of the guard could take place in St. Andrews.

“To go to the home of golf, that’s my sole focus right now,” Spieth said to a packed grandstand during the trophy ceremony on the 18 green. “But you can’t win them all unless you win the first two.”

That brought a loud round of applause as the bright sun sparkled off the Open trophy. Spieth held the trophy aloft and gave it a kiss. The crowd roared.

Spieth’s father Shawn, his mother Christine and his brother Steven stood on the green as Spieth told the crowd how important his family has been to his success. His younger sister Ellie, who has special needs, was at their Preston Hollow home.

“They are everything to me,” he said. “To win this tournament on Father’s Day is special. I just hope my dad’s proud of me. This one is for you, dad.”

After making birdie on the final hole, Spieth was one stroke ahead of Johnson, who was playing right behind him. Johnson, the longest hitting player on tour, easily reached the green with two shots, his ball stopping about 10 feet from the hole.

Johnson would have won his first major by making the first putt, and would have forced a playoff if he'd made the second. Instead, he three-putted as Spieth watched.

“I gave myself chances all day long,” Johnson said. “If I rolled the putter halfway decent today … I win this thing by a few shots. It’s not even close.”

Spieth went wire-to-wire to become the second youngest player to win the Masters. He dominated from the start, winning by four strokes, matching Woods’ record score.

The U.S. Open played out much differently than at Augusta National, where Spieth’s shot making and putting skills separated him from the field.

At rugged Chambers Bay, with sloping sun-baked fairways that ran as quickly as the brown fescue greens, Spieth survived mostly on grit. He fought his driver and putter at various times throughout the week, but kept finding ways to stay in contention.

Entering the final round tied for the lead with Johnson, Branden Grace and Jason Day, Spieth battled the course and his emotions. He missed a three-foot putt to bogey the first hole.

“It’s cool to have two legs of the Grand Slam now, and to conquer golf’s hardest test,” Spieth said. “The U.S. Open is conquering the hardest layout in all of golf.

“The fact that we did it is amazing. We really grinded this week; I didn’t have my best stuff ball striking at all and we really grinded over those 4- and 5-footers, and that was the difference.”

Only one golfer in history was able to achieve the rare triple — winning the Masters, U.S. Open and British Open in the same season. That was Ben Hogan in 1953.

Given Spieth’s youthful accomplishments, it would be tough to bet against him. Caddie Michael Greller, a Seattle-area school teacher until he began working with Spieth, said:

“I told him all week that I have nothing but great vibes here, starting with my marriage two years ago up there on the top of the hill,” Greller said. “It comes down to Jordan just being one of the best players in the world.”