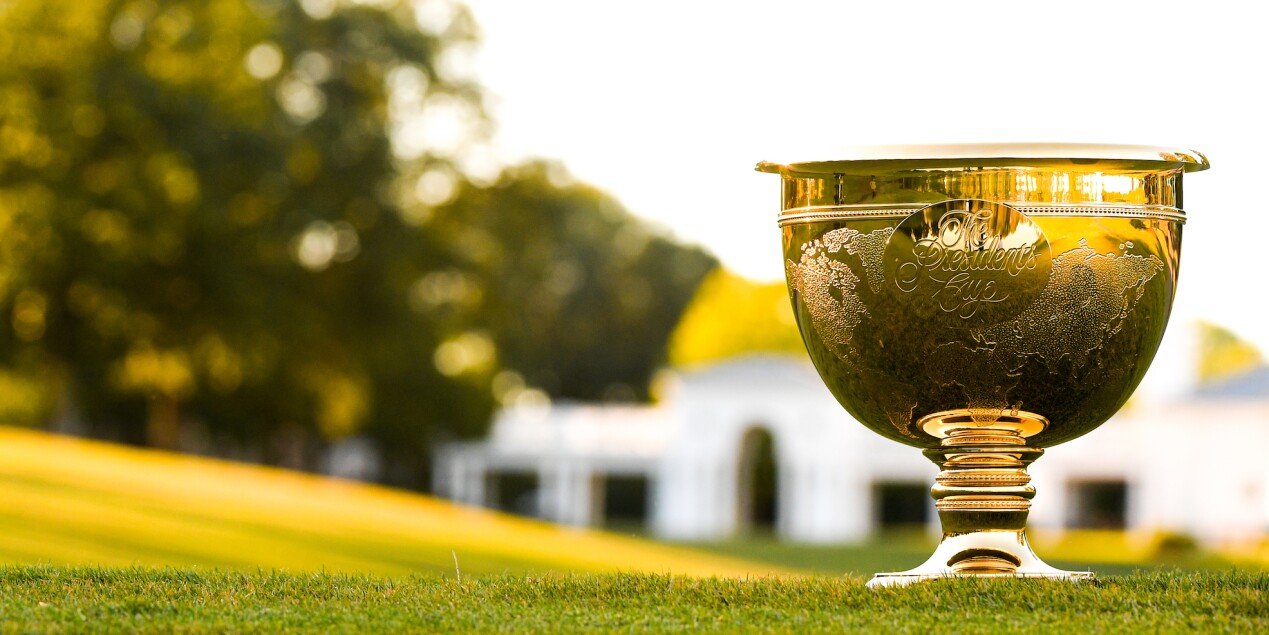 The takeaway was near unanimous.

When the U.S. Ryder Cup Team crushed Europe 19-9 at Whistling Straits last fall it heralded a new era of American dominance in international golf. The first big test for that conventional wisdom will come as the U.S. Presidents Cup Team – with five new players – takes on the International Team at Quail Hollow Club, Sept. 22-25.

Could this team be even stronger?

“I always say our first 12 is good and our next 12 is really good,” U.S. Captain Davis Love III said in a press conference Wednesday to announce his six picks to round out the team.

Tom Hoge and J.T. Poston made late bids for a pick but fell short of making the team.

“We certainly could have picked any one of the next ten or 12 guys and had a great player,” Love said. “It just happened the way the matchups fell, obviously there’s three or four guys on there that I had a really tough phone call with.”

He had planned to go straight down the points list (Nos. 7-12) and mostly did. The question was who would replace Will Zalatoris (back injury), and the choice of No. 15 Kisner, who went undefeated at the 2017 Presidents Cup (2-0-2) and is a three-time finalist at the WGC-Dell Technologies Match Play, was relatively straightforward.

Of the five players who missed Whistling Straits – Young, Homa, Burns, Kisner, Horschel – none looks even a little bit wobbly. Burns, 26, won three times this season and could be a member of these teams for years to come. So could Young, 25, who racked up five runner-up finishes and finished a shot out of a playoff at the PGA Championship and Open Championship. His fearlessness and impressive length off the tee are expected to pair up nicely with the demands of Quail Hollow.

Kisner, 38, will be the oldest on the team but in analytics and temperament pairs well with everyone, Love said.

The passionate Horschel looks to have been made in a lab for major U.S. teams. He also won the WGC-Dell Technologies Match Play last year and made a deep run (T9) this season.

“Can you reign Billy in?” Love said with a chuckle. “I don’t know, I’ve been around Billy a lot over the years, and I haven’t figured that out, how to reign him in. You ride his wave a little bit.”

Homa, who is coming off his best season to date – two wins, first TOUR Championship, where he tied for fifth – was teammates with Thomas on the 2013 U.S. Walker Cup team.

“I didn’t have as many lulls this season,” Homa said. “I was proud of that. I haven’t played in a team event since the Walker Cup and it was about as fun a time as you could possibly imagine, so I’m looking forward to getting back into it. I think when you’re around the best, you learn something about yourself.”

Young hasn’t played Quail Hollow much, Love said, but has North Carolina ties, having gone to Wake Forest. Webb Simpson, a U.S. assistant and another former Wake Forest golfer, will be expected to help the rookie adjust. The fact that Simpson lives on the course at Quail could even provide the American side a sort of back-nine clubhouse, Love added, only half joking.

As for Tiger Woods, his role was always going to be relatively minimal after his player-captain turn in 2019. He will still be involved this time, Love said, albeit remotely, up to and including making and sending in his own pairings.

“He's his own analytics team and he gives us a lot of great information,” Love said.

The U.S. team is 11-1-1 overall, and International Team Captain Trevor Immelman admits his squad is facing a tall task. Still, he hopes to ride momentum from 2019, when the Internationals led 4-1 after Day One, 6.5-3.5 after Day Two, and 9-5 after Saturday’s morning session. The U.S. players began to rally on Saturday evening and prevailed 16-14 on Sunday.

Love said he will consult with sports psychologist Bob Rotella to guard against overconfidence.

“Jay Haas was at Quail Hollow a week or so ago,” he said, “and sent us a video of the first tee, the stadium there, and said, ‘Just think what this is going to be like in 10 days.’ And it hit you that, hey, this is going to be huge and it’s still going to be that stadium, that first tee, American flags and go USA. These guys, this is their 12-man team that has never played together before.

“So, they want to win for this team,” Love continued. “So, I don’t think we have to do too much messaging or motivation. Certainly, you don’t want to be on a losing team ever. And we know we are up against it. Trevor is going to have a team that’s got a chip on their shoulder and that’s motivated and want to prove that they can still be competitive. We have to be careful.”

Get the Latest TOUR News at PGATOUR.COM