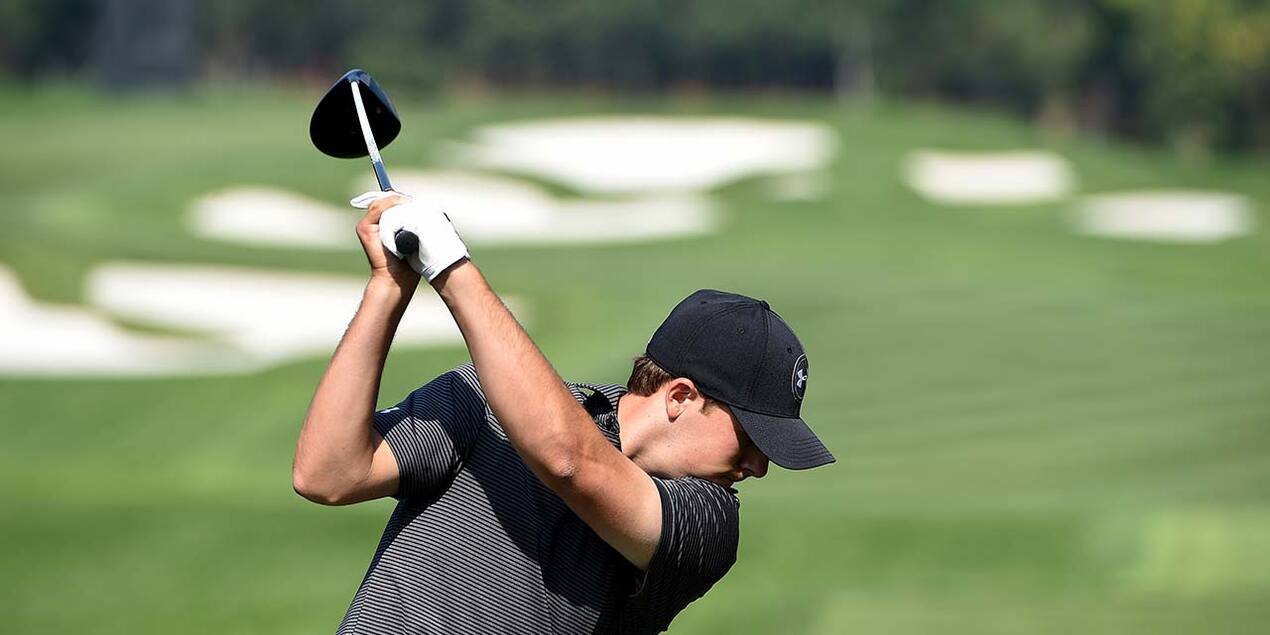 The beginning of the new calendar year means that many PGA Tour players have switched to new clubs. Among those is fast-rising American star Jordan Spieth.

Updating his bag for 2015 proved to be a multi-month process, he revealed on Wednesday at the PGA Merchandise Show in Orlando, Florida, where he helped to introduce Titleist's new line of clubs and balls.

Spieth switched to the 915F 3-wood and 915H.d hybrid last August, a few weeks after Titleist introduced them to their staff players. However, he held off on moving to a new driver and a new ball until near the end of the year – after the PGA Tour playoffs and the Ryder Cup (he upgraded his irons to the 2014 edition of the Titleist AP2 a year ago).

"I'm very picky with my driver and my putter," he explained. "They have to look and feel right, so that when I'm in a big tournament and everything is on the line, all I have to do is hit the shot.

For his driver switch – to the new 915D2 – Spieth and swing coach Cameron McCormick traveled out to the Titleist Performance Institute in Oceanside, California. On the range there, Spieth focused on remaining very "feel-based" in his swing, he explained, while McCormick focused on the numbers generated by a TrackMan swing analyzer so that together they could hone in on his preferred ball-flight characteristics.

While he was changing out his driver, he moved to the 2015 edition of the Titleist ProV1x ball at the same time. The biggest change wasn't stepping up to the brand-new generation of his previous driver or balls, he said, but to a new shaft.

"I had played the same shafts for six or seven years," he revealed. "Finally, now, I have switched to an Aldila Rogue [Black 60], which a lot of the tour players are going to."

Spieth also spent time at Oceanside updating his wedges, moving to the new SM5 wedges from Titleist's Vokey Designs. He spent an hour and a half, he said, testing them and "getting the grinds and the spin down" like he wanted.

Updating his putter was the easiest task of all – because he's sticking with the Scotty Cameron 009 model he has used for seven years. "The 009 was my favorite putter" as a young junior golfer, he said, even though he didn't actually have one at that time.

"Adam Scott and Geoff Ogilvy, two of my favorite golfers, used it, and that got me," he said. "I've been using it since I was 15, and I won't be changing anytime soon.

"I realize technology changes," he noted, "but it feels right for me."

Clearly, all of his new equipment feels right. After making his change, he won the Australian Open by six shots at the end of November, then returned to the United States and immediately captured the Hero World Challenge with a record-setting, wire-to-wire performance. He begins his 2015 campaign next week at the Waste Management Phoenix Open.