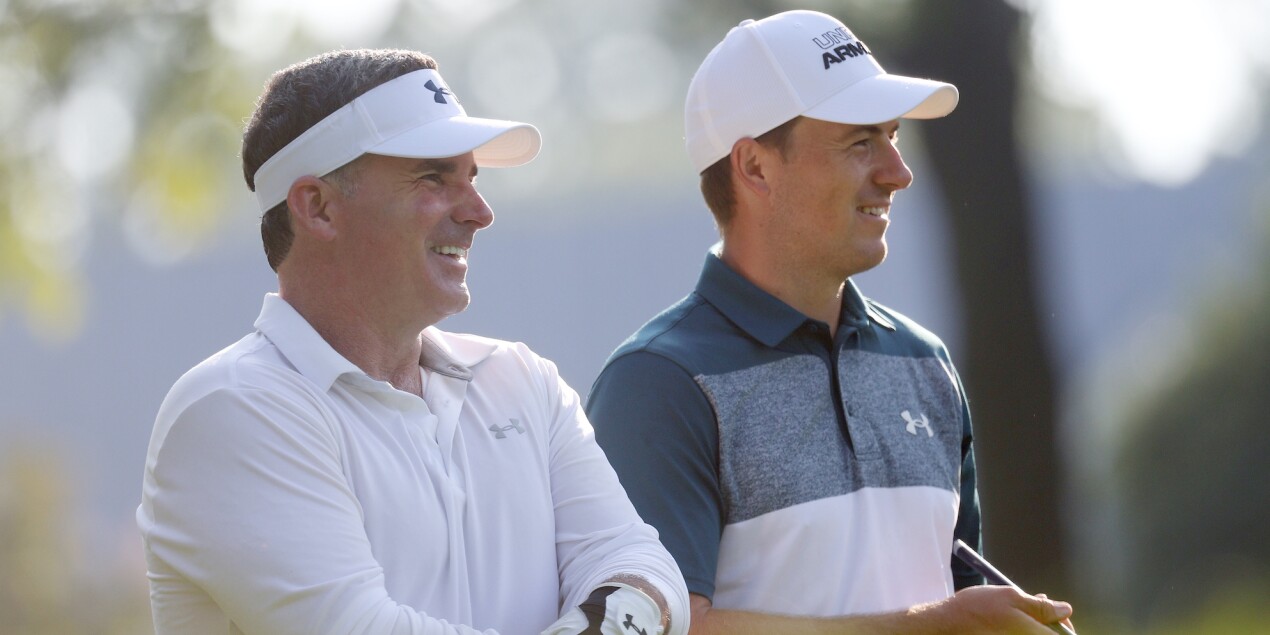 Share
by Read the Full Article at The Baltimore Sun

Jordan Spieth, Michael Phelps and Under Armour owner Kevin Plank had nothing but smiles stretched across their faces after finishing their pro-am outing Wednesday afternoon at Caves Valley Golf Club in Owings Mills.

Phelps, a golf nerd and the most decorated Olympian of all time, couldn’t put into words how he feels about the PGA Tour returning to his hometown of Baltimore. Plank talked about golfing with NBA legend Michael Jordan and hitting balls in a simulator until his hands bled, while Spieth critiqued his partners’ golf games.

“It’s cool to see the passion these guys have for golf, and obviously within everything else that we do,” said Spieth, a three-time major champion and 2015 FedEx Cup winner. “It makes for a nice common area to spend some time.”

For the Dallas native Spieth, an Under Armour athlete who’s played at Caves Valley several times before this week’s BMW Championship, the second leg of the PGA Tour’s FedEx Cup playoffs, Baltimore has sort of become a second home. 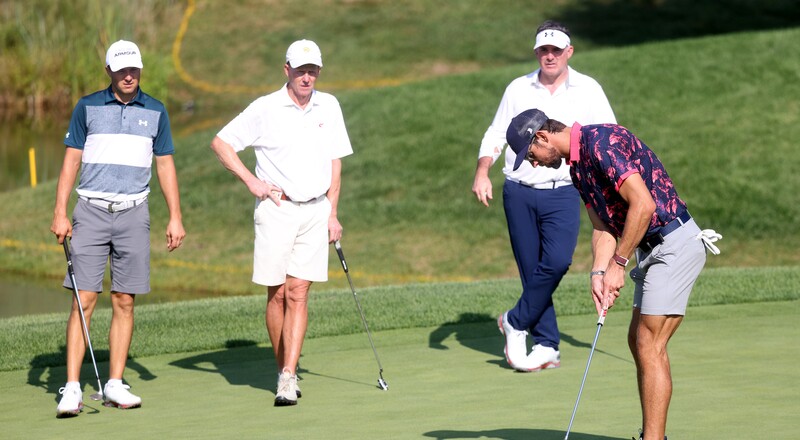 “It’s far from home, but kind of feels more like I’ve got family around me in a way,” Speith said. “It’s a cool opportunity to come back to a place that I’ve visited the most in the last 10 years and play a PGA Tour event.”

Spieth, 28, enters the BMW Championship seventh in the FedEx Cup standings and ranked 12th in the PGA World Golf rankings. Spieth was second in the standings before last weekend’s Northern Trust in New Jersey, where he finished 73rd and shot 8-over-par 79 during the final round. “That one was a weird one because I actually felt like I was hitting it better that day than the other days,” Spieth said.

Spieth feels confident about the BMW Championship, as he has familiarity with the area and Caves Valley. Spieth has been with Under Armour since 2015, when he signed a 10-year endorsement deal. Whenever he would visit the sports apparel brand’s headquarters in Port Covington, Spieth would swing over to Caves Valley to play golf.

“There’s actually a couple tees that I’ve hit about 150 balls off of at different times during photo shoots,” Spieth said. “I feel pretty comfortable on a couple of the tee boxes where I’ve hit so many shots that I know exactly what to do.”