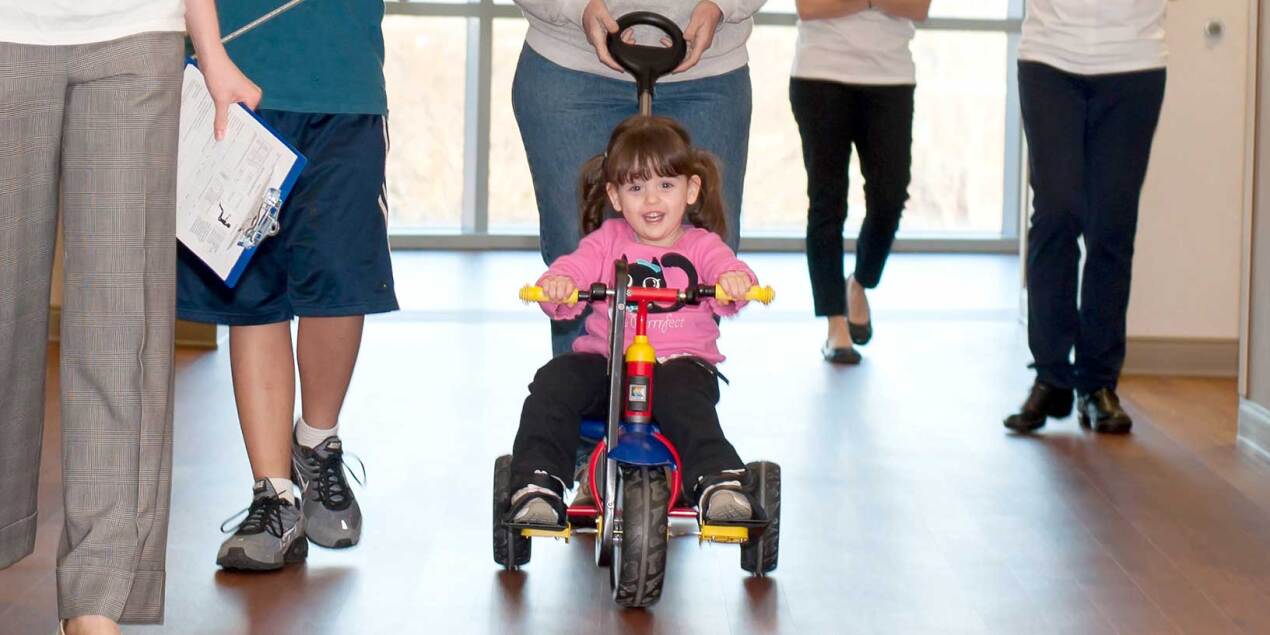 Riding a bicycle seems like a rite of passage for kids, but that’s not always the case. Some children grow up physically unable to operate a traditional bicycle and never have access to a suitable alternative.

“The thought that someone out there had never ridden a bike blew my mind,” says Jessica Wall, the grants and wish list coordinator for Amtryke, an arm of the charitable service organization AMBUCS established to provide therapeutic tricycles to individuals with disabilities. “I can’t imagine a childhood without that benefit.” 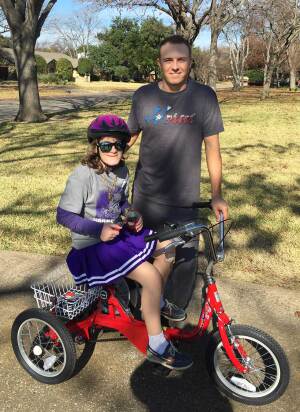 Now the Jordan Spieth Family Foundation is joining the cause. Formed in 2014 to benefit special needs youth, military families and junior golf, the Foundation recently became a benefactor of Amtrykes. Kevin Sheehan, a member of the AMBUCS board of directors and a golfer, was aware that Jordan Spieth had a sister, Ellie, with special needs. Through Facebook, Sheehan contacted Spieth’s mother, Chris, to explain what AMBUCS does. He asked to speak to her about getting possibly helping kids like Ellie that were on a national wish list receive one an Amtryke of their own.

“She was very interested in what we do, and the Foundation wanted to help in time for the holidays,” Wall says. The result was that the Jordan Spieth Family Foundation quickly got involved, helping AMBUCS distribute dozens of Amtrykes to children in need throughout the Dallas area. “They also opened it up to other kids who had been waiting on the wish list the longest,” Wall says. “They helped children from all across the country, and families were thrilled.”

AMBUCS was started in 1922 under the name American Business Clubs. Its mission is to create mobility and independence for people with disabilities. AMBUCS now has more than 140 chapters nationwide. In the early 1990s, a Texas-based pediatric physical therapist named Sue Haywood was frustrated with the cost of adaptive tricycles so she approached AMBUCS about addressing the issue. AMBUCS launched Amtryke in 1995. 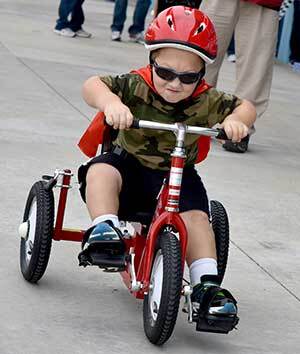 “There’s a fun aspect to it,” Wall says, “but there are also great social and physical benefits.” Wall spoke recently to the mother of a boy who had received an adaptive tricycle. “She started crying,” Wall recalls. “She said, ‘This is going to make his week.’ It had been a real bad week. He had gotten teased harshly at school. Then he got his Amtryke, and suddenly everybody wanted to know more about it, wanted to be his friend. It opened a door for them to get to know this person.”

To date, AMBUCS has provided more than 30,000 Amtrykes to people with disabilities. The Jordan Spieth Family Foundation is now helping to grow that number and make the pastime of bike-riding possible for more children.