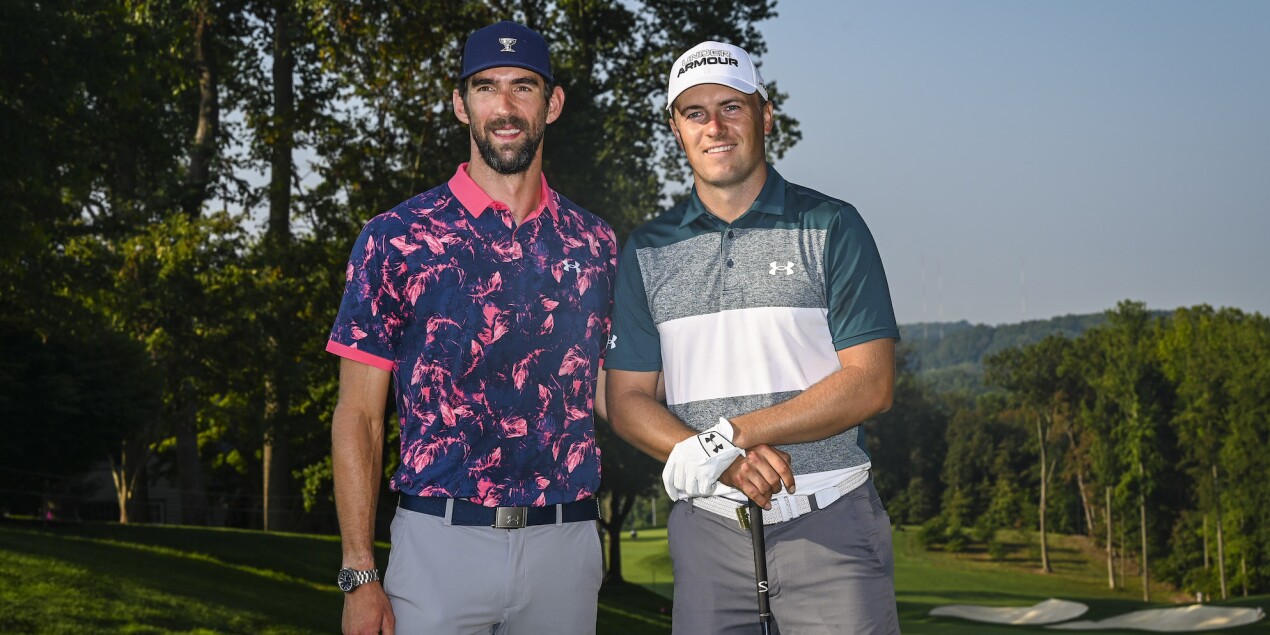 FedExCup hopefuls Jon Rahm and Jordan Spieth have revealed their friendships with the most decorated Olympic athlete of all-time in Michael Phelps has been a difference maker in their careers, particularly their mental game.

Phelps – the greatest swimmer in Olympic history with 28 medals in the pool, 23 of them gold – has turned his attention to athlete mental health since his retirement from the sport in 2016, revealing his own battles with depression and suicidal thoughts after the 2012 Olympics.

The Baltimore native was at the BMW Championship at Caves Valley Golf Club in his hometown on Wednesday for the pro-am, paired with Spieth on the eve of the second FedExCup Playoffs event.

And it was a great lift for former FedExCup champion Spieth after a roller coaster 79 to close last week’s Playoff opener at Liberty National that included back-to-back triple bogeys at the turn and left him in 73rd place.

Despite the stumbles in New Jersey Spieth is in the midst of a resurgent season and is already certain of a place in the TOUR Championship at East Lake next week as he currently sits seventh in the FedExCup standings.

But it is his first trip back since being runner up in the season long race in 2017, after which he suffered a lengthy win drought. That’s where his Phelps connection began to grow. 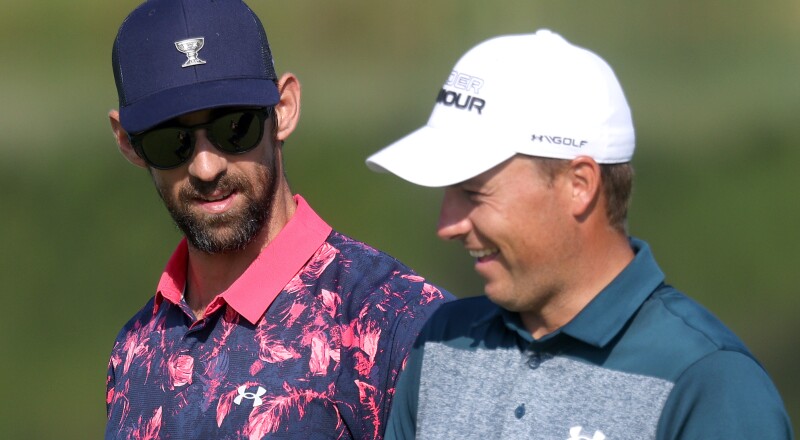 Jordan Spieth laughs during the Pro-Am ahead of the BMW Championship at Caves Valley Golf Course.
Rob Carr/Getty Images

“I pick his brain on the mental side of things now. He's getting very involved in mental health, and it's been something that I've actually worked on a lot in the last few years,” Spieth revealed at Caves Valley.

“And that's been a space that probably should be talked about more within athletes, their experiences across different sports, too. I've been really fortunate that he's lent an ear and also bounced ideas off me.

“(We have talked about) his passion to his preparation and what goes into his recovery… and without getting into details that are competitive advantages, I think he's been a fantastic kind of friend. To have a golf lover be the most decorated Olympian of all time, it's really good for our sport, and it's even better that I'm able to access it.”

But Spieth isn’t the only top PGA TOUR player getting great guidance from Phelps. Jon Rahm – who sits second in the FedExCup behind last week’s winner Tony Finau – has also benefitted. The Spanish star is looking to cap of the season with his first FedExCup after claiming his first major championship at the U.S. Open in June.

“He’s been very open to my questions. Any time I have a question about anything, he would respond,” Rahm said. “He's a great guy. He's gone through a lot, and as an athlete he's somebody to look up to very easily.

“When you're the greatest Olympian of all time, you definitely have a couple tricks up your sleeve, a couple good moments of wisdom in that sense… I'm not going to disclose too much on what I've asked him golf-wise, but he has helped me a lot. He has texted me every once in a while when I'm doing good or bad.”

Rahm revealed Phelps was a big help after the recent birth of his first son Kepa, which came in the lead up to the Masters in April. Phelps had experienced a similar scenario with his own child being born during training in 2016.

“He knows how hard it is to be there and then right after that, gone, I have to go train, and not see him. He did help me out with that,” Rahm added. “That's not an easy feeling. It wasn't the easiest thing to do, even if it's the Masters. I really did not want to leave that room, but he helped me out with that.”