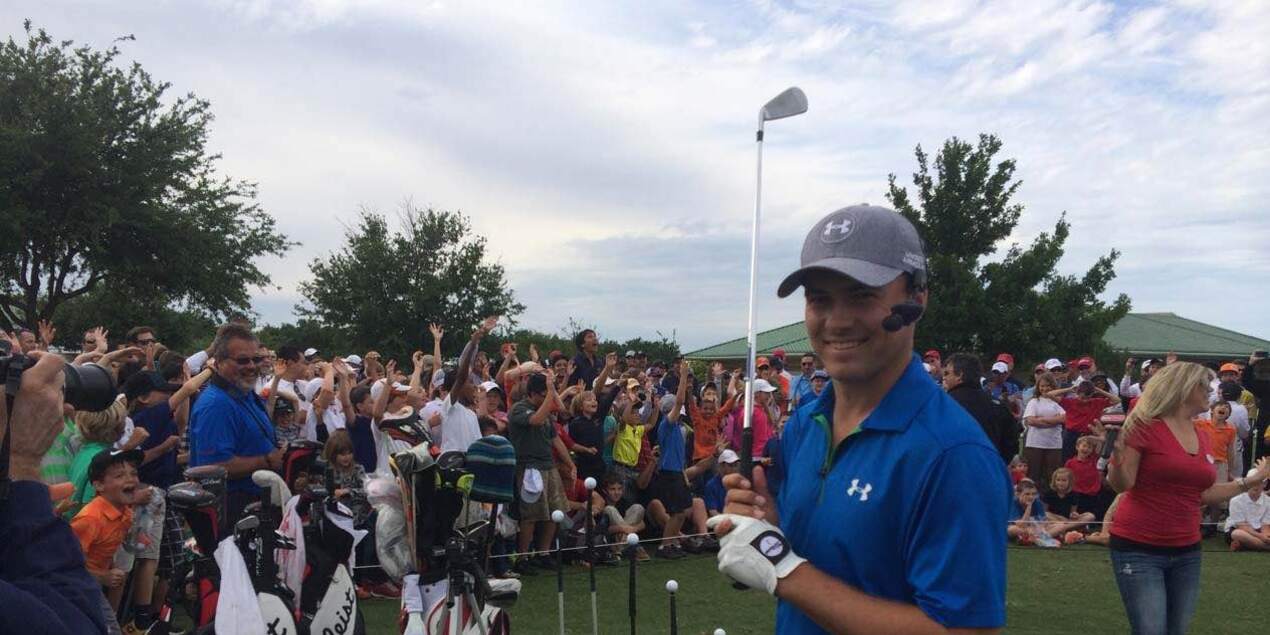 Jordan Spieth teamed up with Harrison Frazar on Tuesday May 13th for a free kids clinic on the driving range at the TPC-Four Seasons to kick off the 2014 HP Byron Nelson.

"It's cool because I actually did this clinic with Harrison a few years back when I was still in high school," said Spieth, which was not long ago. The event attracted several hundred kids and adults as the two professionals demonstrated fundamental shots and techniques. A trick shot artist was also on hand to entertain the crowd with trick golf shots, long drives and tips.

The Clinic featured an appearance from Rowdy, the official Dallas Cowboys mascot, free cupcakes from Sprinkles Cupcakes and other giveaways including t-shirts from the North Texas PGA. Jordan was thrilled to be a part of this clinic exposing youth to the game of golf in hopes of growing the game and driving more interest for youth and families.