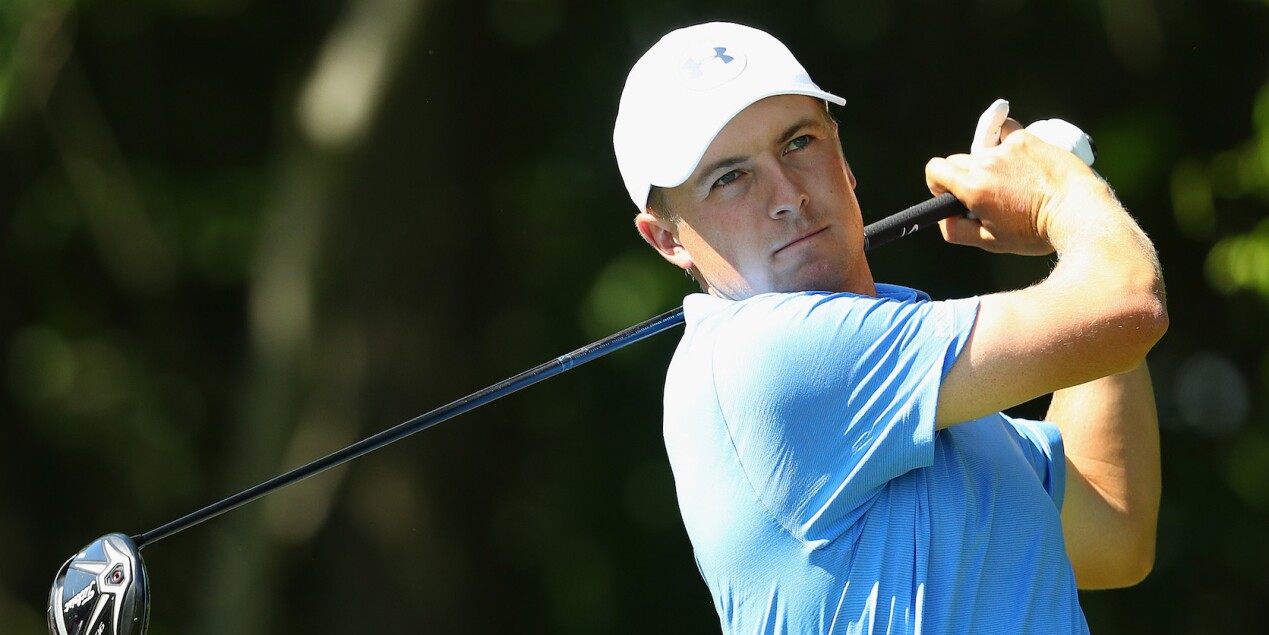 Making his debut at the Connecticut course, the 23-year-old Texan had eight birdies and a bogey Thursday for a 7-under 63 and a one-stroke lead in the Travelers Championship.

Spieth birdied five of the first eight holes and took sole possession of the lead on the final hole, hitting a wedge to 4 feet for birdie on the par-4 18th.

"Being 3 under through four it helps you walk a little easier, it helps kind of the shots you are playing throughout the round," Spieth said. "You don't feel like you have to take as many chances and I was able to play away from pins when I was in a little bit of trouble."

The two-time major champion tied for 35th on Sunday in the U.S. Open at Erin Hills.

Johnson Wagner and Brett Stegmaier, a Connecticut native who grew up about 25 miles from the course in Madison, were tied for second.

The 33-year-old Stegmaier said he decided to become a professional golfer while in the gallery at the tournament in 2000, watching Notah Begay sink a 25-foot birdie putt to win. It was his fourth appearance at the Travelers and his first sub-par round.

"To be here now, it's almost a little surreal," Stegmaier said. "Just being on tour, I realize it's not the greatest thing in the world, because it's still a job. You still got to grind and there's low points. But with the right perspective, to be here now talking to you guys, it's pretty cool."

Stegmaier, who missed six cuts in his last seven tournaments, had seven birdies in a nine-hole stretch in the middle of the round and closed with a bogey on No. 9.

Wagner was first into the clubhouse with a 64. He chipped in from 70 feet on his opening hole.

"It was a nice way to start and kind much calmed me down and kind of let me know today was going to be my day," he said.

Rory McIlroy, also playing for the first time at TPC River Highlands, had a 67. The third-ranked McIlroy started early on the back nine drawing large galleries before 8 a.m.

He was still experimenting with the putter he began using while missing the cut at the U.S. Open and missed five short birdie putts Thursday. But he finished with just one bogey. That came on No. 18 when he missed a 13-foot birdie putt by 3 feet, then lipped out his par attempt.

"I feel like I could have been at least three or four better, said McIlroy, who said he's giving the new putter one more week to begin working. "I think I hit five or six putts out there that hit the hole and didn't go in."

Day, who like McIlroy missed the cut at the U.S. Open, shot a 72. Two-time Travelers champion Bubba Watson had a 75.

Spieth said he felt as if he built off what at the time seemed like a meaningless 69 in the final round at Erin Hills.

"I thought that was a round just like this," he said. "I thought I played as well or even better than I did today."

He had to overcome several distractions Thursday including a delay at the sixth hole while paramedics attended to a fan who had passed out.

The incident came several weeks after Spieth said he witnessed a fan die during the pro-am at the Memorial in Ohio.

"It's bizarre that that happens, but fortunately this lady, she got up and seemed to be just fine after she kind of cooled down for a little while and the paramedics came," he said. "I mean, there's more important things than golf. But, it didn't bother us."

Jim Furyk, like playing partner McIlroy, shot a 67. Furyk was playing his first round in Cromwell since setting a tour record with a 58 in the final round last year. He said fans were shouting at him all day to go for 57.