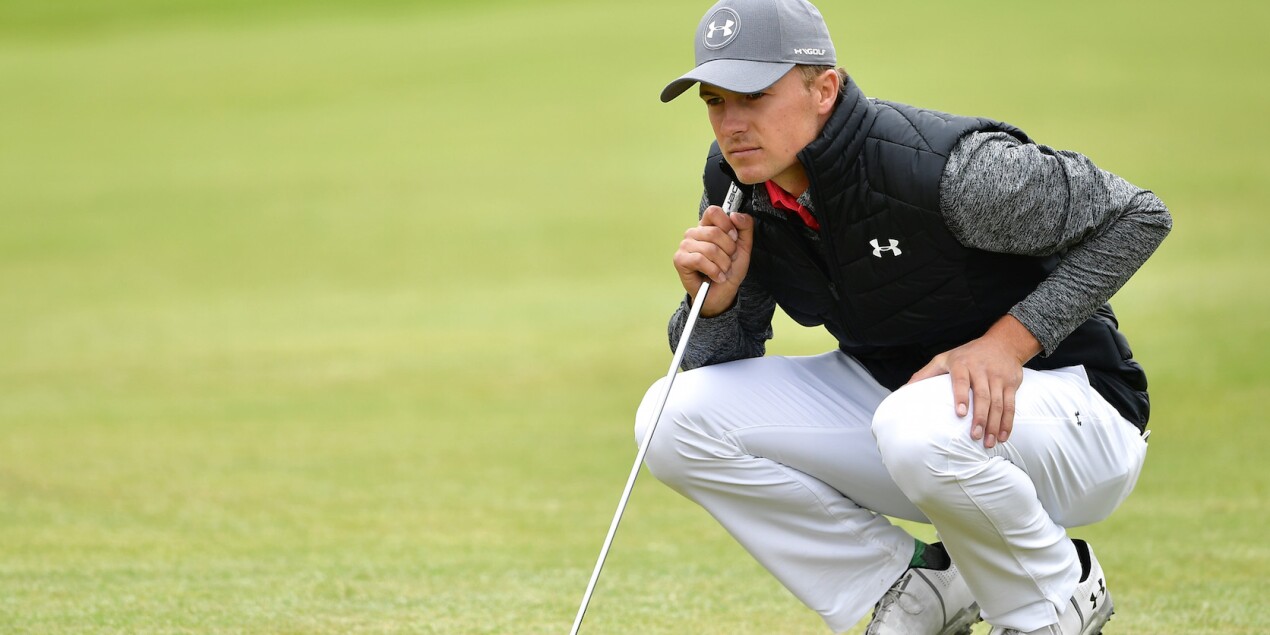 The evidence came early in his first round during The Open Championship at Royal Birkdale on Thursday: Jordan Spieth was locked in. Spieth shot a 5-under 65 to take an early co-lead with U.S. Open champion Brooks Koepka at the 146th Open.

After making par at the first, Spieth pull-hooked his drive into some bumpy gorse off the second tee. From there, he hit an off-balanced approach that landed about 12 feet from the cup. He poured that in for birdie and never looked back.

It's not that Spieth makes par from dead areas when he needs to save the momentum of his round, it's that he makes birdies from those spots and actually accelerates the momentum. He made five birds on Thursday on a day when he hit just five of 14 fairways. It was as Spieth-y as a round gets.

This does not diverge from the trajectory Spieth has been on all year. He has not driven the ball particularly well all season. What he has done is hit tremendous approach shots (remember, he's No. 1 in strokes gained on approaches on the PGA Tour), and that served him well on a second-shot course like Birkdale.

This is, remarkably, Spieth's first opening round under par in a major since the first round of the 2016 Masters, and it's the second-lowest first-round score ever at an Open at Birkdale.

Read the Full Article at CBSSports.com