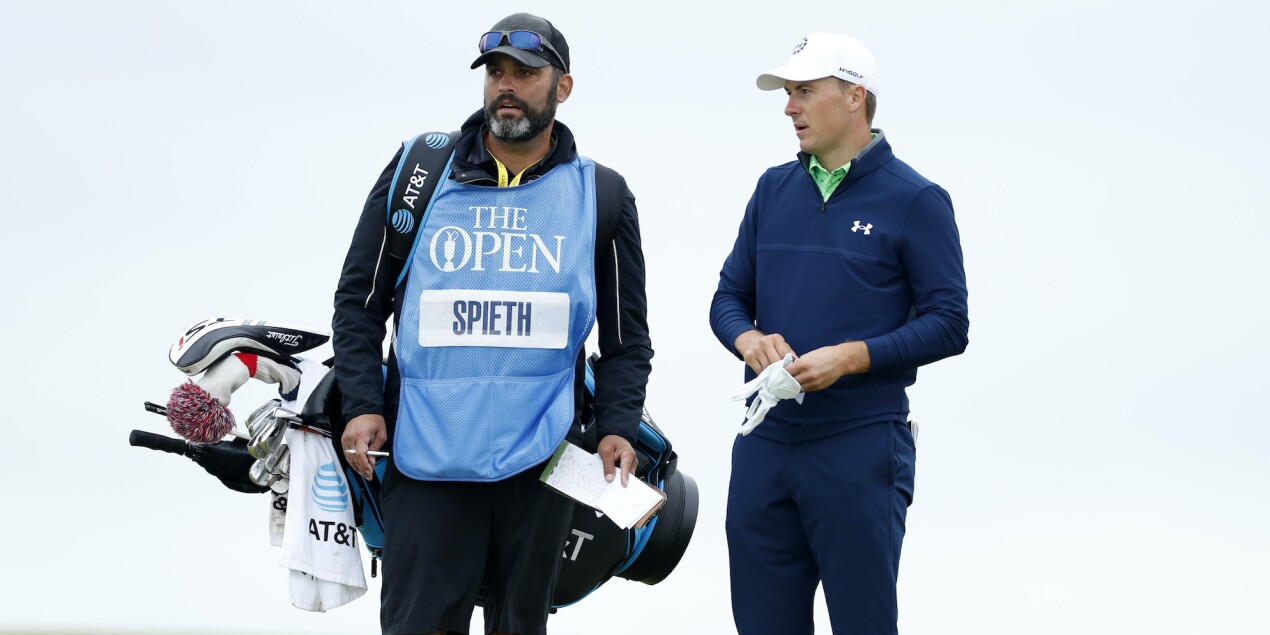 Packing is an important part of any overseas excursion. For his sojourn to England’s southeastern coast, Jordan Spieth packed new irons in his luggage.

Spieth, who had been gaming the first incarnation of Titleist’s T100 irons since the 2019 Open, will take on Royal St. George’s with the yet-to-be-released, second-generation T100 irons. Spieth will play the T100 4-9-irons in his pursuit of a second Claret Jug. He will use the same True Temper Project X 6.5 shafts that he used in the first-generation T100s.

Just like in 2019 ahead of The Open at Royal Portrush, Spieth has spent the past few weeks at home in Dallas testing the new irons and getting them dialed in for tournament play.

Throughout the process, Titleist’s Director of Players Promotions, J.J. Van Weezenbeeck, was just a text or call away.

“When we first introduced the new T100s to Jordan in Dallas, he commented immediately on the look and feel, how well they went through the turf, and how consistently they were flying,” Van Weezenbeeck said. “Talking with him last week, as he was working through the set, he said his ball speeds were extremely consistent, and he was really happy from a visual standpoint.”

Said Spieth, about seeing the new T100s for the first time: “First thing you noticed is how they look, kind of the backside of the iron. You could see the color just kind of more matted out, and then a really clean back to it. Just very simple – stays looking almost like a blade with the forgiveness of a cavity-back.

“I don’t understand why you’d play any other iron, to be honest,” he said. “I joke around, ‘I’m not good enough to play the blades,’ but in reality, I think we’re just being smarter. I think we’re just like, ‘Oh, we can actually hit every shot that a blade can hit.’ But that chance that we mishit them – which we’re going to mishit a few shots in a round, even in a great round, the idea that it does carry that bunker and you make birdie on a hole where someone has to get up-and-down for par – I mean, it could be the difference in a tournament.”

Titleist began TOUR seeding of the new T100 and T200 irons at the Travelers Championship last month, but Spieth had already gotten his hands on the T100s during a Titleist photo shoot the week of the AT&T Byron Nelson in mid-May.