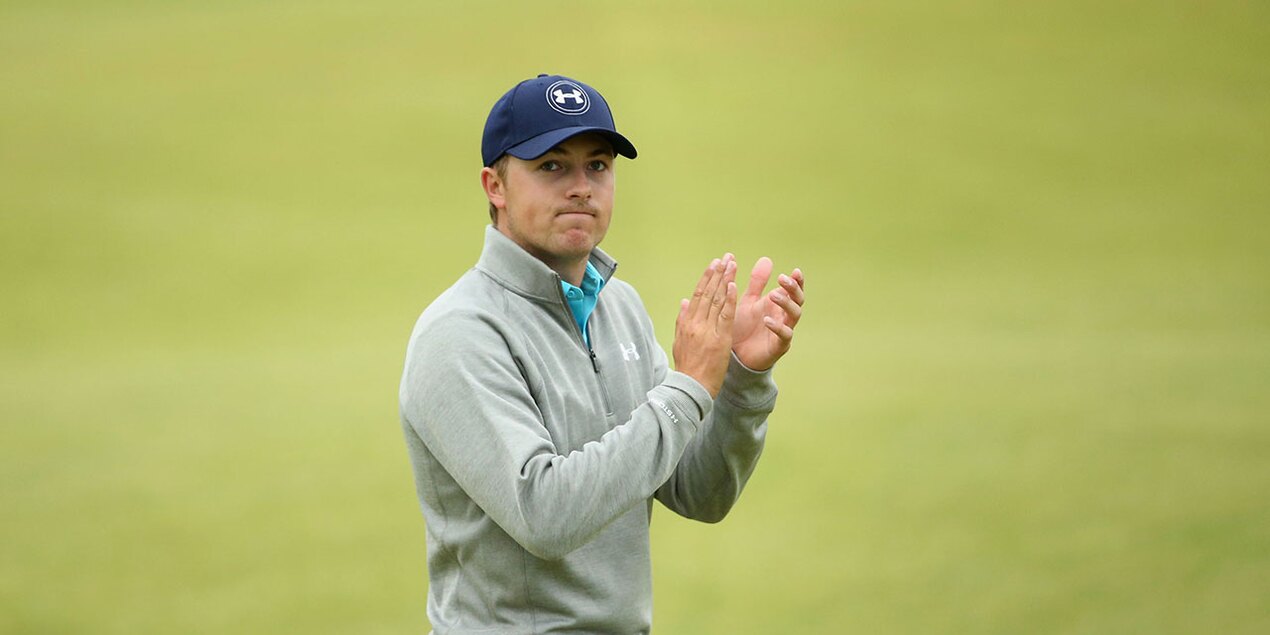 Chasing golf history, Dallas’ Jordan Spieth came up one stroke short of a playoff Monday in the 144th British Open at St. Andrews.

Tied for the lead with two holes remaining, Spieth bogeyed the difficult par 4 17 and was unable to make birdie from 102 yards out on No. 18, leaving him one stroke out of a playoff with Zach Johnson,  Marc Leishman and Louis Oosthuizen.

“We gave it a great effort,” Spieth said afterword in an ESPN interview, revealing that his goal was to reach 15-under. He got there with a 30-foot birdie putt on No. 16.

“Par-birdie is a perfect way to finish out here, and that would have gotten the job done,” Spieth said. “So it stings a little bit, but I thought we gave it a really good run.”

Spieth, who turns 22 a week from today, was attempting to duplicate fellow North Texas native Ben Hogan’s 1953 feat of opening the season with victories in the Masters, U.S. Open and British Open.

But on a rainy day at hallowed St. Andrews, Spieth’s final-round, 3-under-par 69 wasn’t quite good enough. As he prepared to hit his approach shot to No. 18, Spieth knew what was at stake.

“Up and down for a playoff,” he told himself and caddie Michael Greller, loudly enough for ESPN’s microphones to pick up.

“Just tough,” Spieth said. “I mean, just tough. You don’t expect to make the putt from down in the gully, but I wanted to give it a good effort. It had a chance to go in.

“When I got over the putt, I still expected it to go in.”

Spieth’s putt, however, rolled about three inches left of the hole.

Though he was unable match what Hogan accomplished in 1953, much opportunity remains for Spieth this season. He’s already won four PGA Tour events, and if he wins the Aug. 13-16 PGA Championship at Whistling Straits in Kohler, Wis., he’ll become the first player to win three majors in the same calendar year since Tiger Woods in 2000.