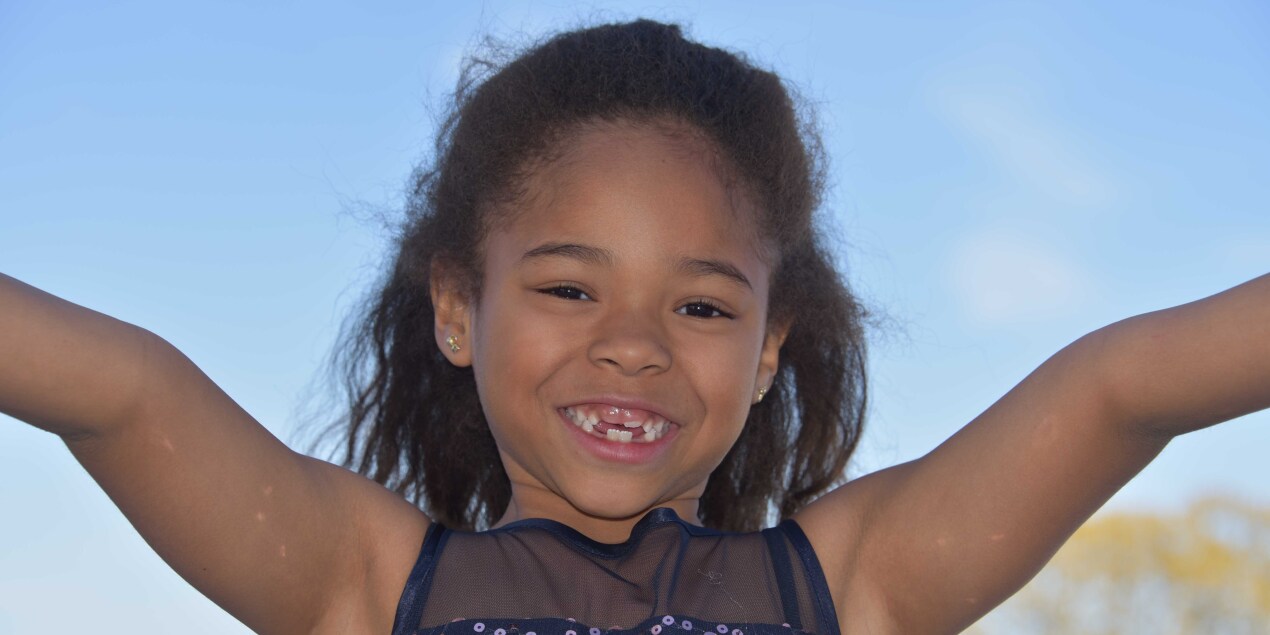 The Jordan Spieth Family Foundation focuses their support of military on the family as a whole. With much excitement, JSFF discovered a wonderful organization doing this in the simplest, yet profound way. Our Military Kids, Inc. supports children, ages 5-12th grade, of deployed National Guard and Reserve service members and children of wounded warriors from all service branches. OMK grants pay for participation in activities that help children cope with stress and anxiety while their parents are recovering or absent.

The letters from our JSFF military kids have already begun flowing in—from trumpet lessons to cartoon arts, tumbling to karate, softball to swimming, these kids are exploring arts and recreation as a way to cope, engage, grow and thrive! The Foundation is thrilled to be hearing first-hand how this partnership is directly impacting so many wonderful military families.

Sarah first began exhibiting signs of frustration when she was two years old. It took her mother, whose husband was deployed overseas, by surprise. “I recall apologizing almost daily to parents,” her mom said.

“You’ve heard the stories that military kids often feel the deployment the deepest. They exhibit signs of aggression, anger, depression, fear, loneliness, etc. because of long term and frequent separations. I would never have imagined that Sarah was going through any of that.” 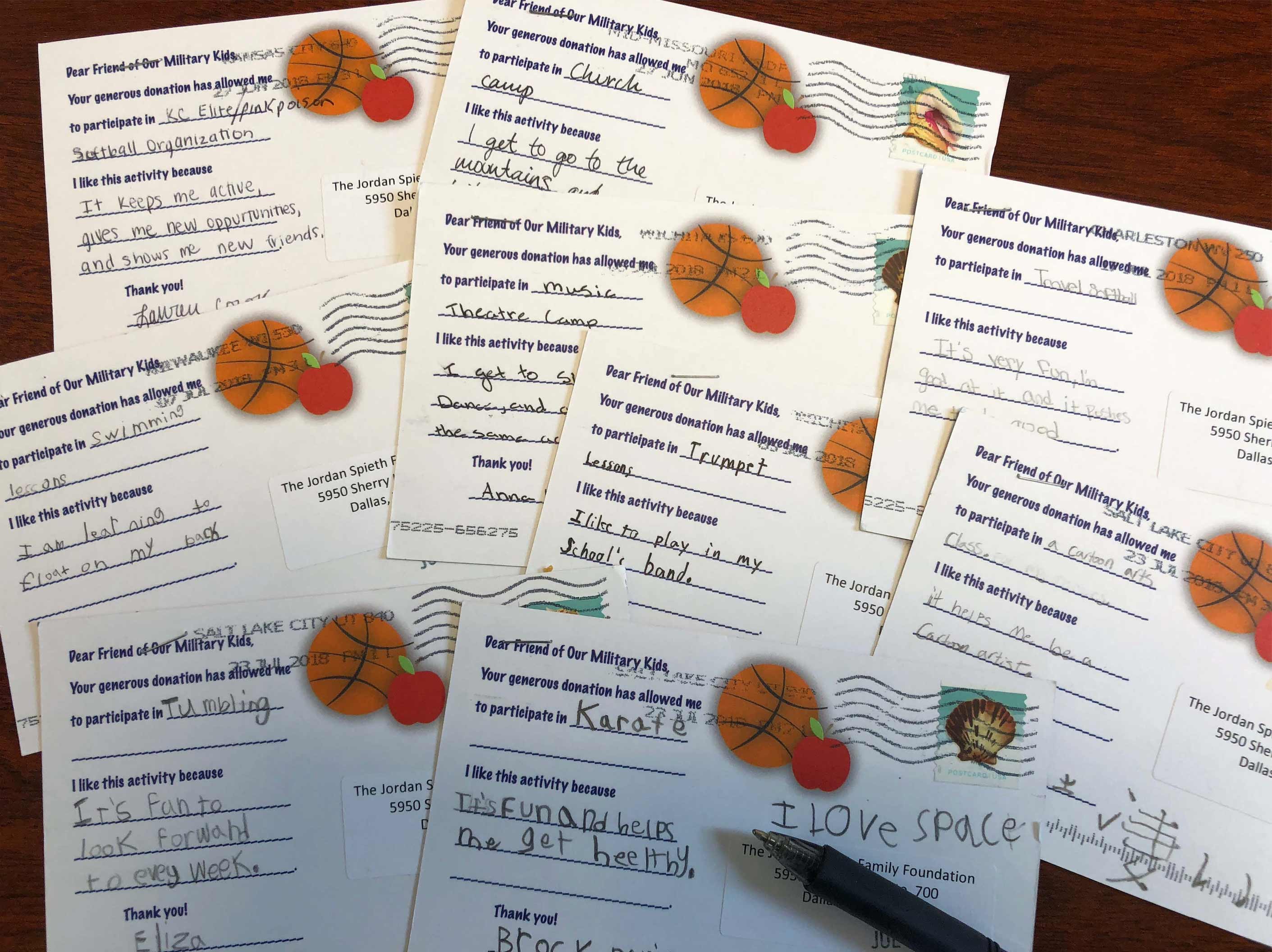 But she was. Sarah’s father, who was serving in the U.S. Marine Corps, was deployed overseas when Sarah was born. He didn’t meet her until she was nine months old.

After several deployments, he suffered severe combat injuries and returned home in order to begin a lengthy recovery. Just like her father, Sarah needed to learn how to manage the stress she was experiencing. The family learned about Our Military Kids, a program that covers the cost of activities for children of severely injured service members as well as children of deployed National Guard and Reserves, and signed Sarah up for mixed martial arts.

The results were overwhelming. Her mother said the classes gave Sarah a way to channel her emotions. The focus and discipline she learned from mixed martial arts allowed her spunky, smart, outgoing personality to shine.

Sarah’s experience is not uncommon.

Thanks to a new partnership with the Jordan Spieth Family Foundation and Our Military Kids, at least 20 more grants will be available this year for kids to participate in activities of their choosing such as mixed martial arts, basketball, dance or piano.

Founded in 2004, Our Military Kids covers the costs of activities for children of deployed Guard and Reservists in order to help them manage the stress and anxiety that can accompany a parent’s deployment. In 2008, the program expanded to include children of severely injured service members from all branches of the military. The grants provide these kids with a reward for their sacrifice, as well as an opportunity to create a positive experience during a tough time in their lives. 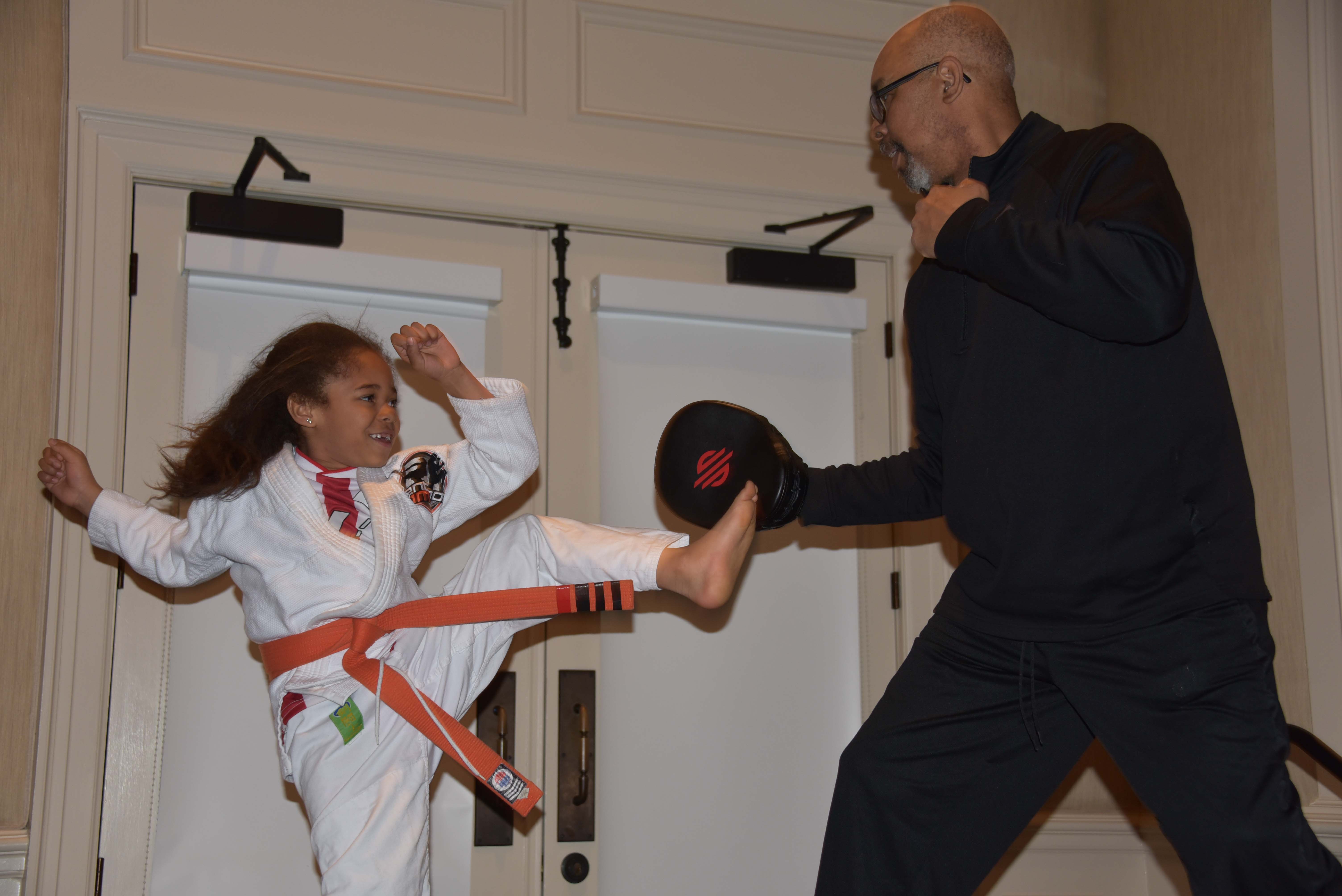 Linda Davidson, Founder of Our Military Kids, said the children of severely injured service members are often overlooked in the recovery process. “The activities we fund give these kids a chance to focus on themselves and forget about the difficulties at home,” Davidson said. In addition, deployments can be just as hard on the kids. “By supporting them and giving them ways to empower themselves, we’re helping the whole family.” Davidson began the program as a way to provide a meaningful thank you to the children, and their parents. Year after year, families credit these activities as an important coping mechanism in their child’s lives.

In a 2017 survey of recipients, 97% of families saw improvement in the entire family’s well-being because of the grant, and 93% noticed a decrease in their child’s stress and anxiety. Requests for grants are up 45% in 2018 – an increase partly due to more deployments, but also a reflection of the challenges faced by military children, Davidson said.

Our Military Kids is funded entirely through corporate sponsors, foundation grants and individual donations. For the past three years, it has received the top 4-star Charity Navigator rating for its efficiency and transparency. More than 92 cents of every dollar raised goes directly towards children’s activities.

Around 20,000 Guard Soldiers and Airmen are mobilized on any given day around the world, from Afghanistan to Europe and South America. Since 9/11, many of these soldiers have been through multiple deployments, some as many as five or six times.

Since its founding in 2004, Our Military Kids has given out nearly $25 million through more than 61,000 grants. For more information, go to www.ourmilitarykids.org.