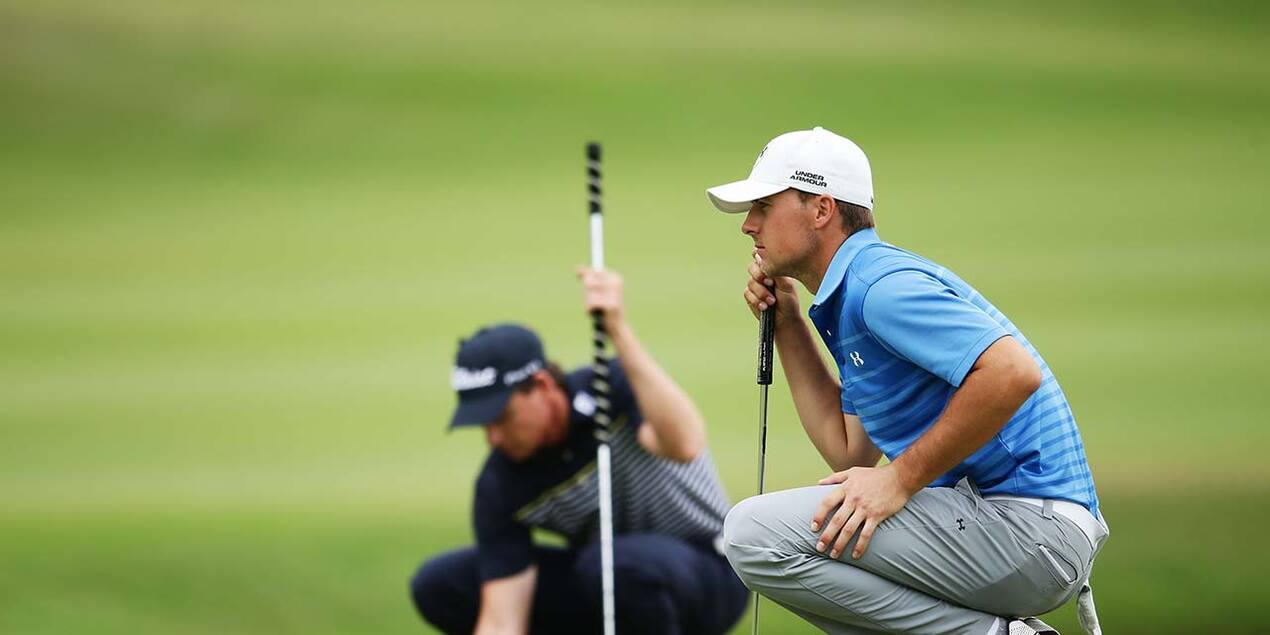 The 63 on Jordan’s Spieth card was significant for many reasons.

It was lost on very few in the Australian sporting community that the new Emirates Australian Open champ had fired the same score as that for which the late Phillip Hughes will be remembered during this emotional week.

That number had seemed so far-fetched when the day began in gusting easterly breezes and with precious few low scores all week.

But it was more than that.

He fired a 62 in his first tournament round with Phil Mickelson; he fired a 63 up against Tiger Woods for the first time.

But he’d never duplicated such rounds under the fiercest pressure of a national championship with a final-round lead.

And it meant the world, clearly, as Spieth and his entourage wiped multiple tears away during the aftermath of his epic round.

But scratch even deeper.

The Texan’s round will be remembered by those fortunate to have witnessed it for his eight blemish-free birdies.

What won’t be as obvious are the holes on which he made hard-scrambling pars around the windswept turn.

“I would say the reason I won today was (holes) eight through 11, digging in and playing those even-par,” Spieth said with the rare talent of an athlete able to detach himself and look at the big picture objectively so soon after such an incredible performance.