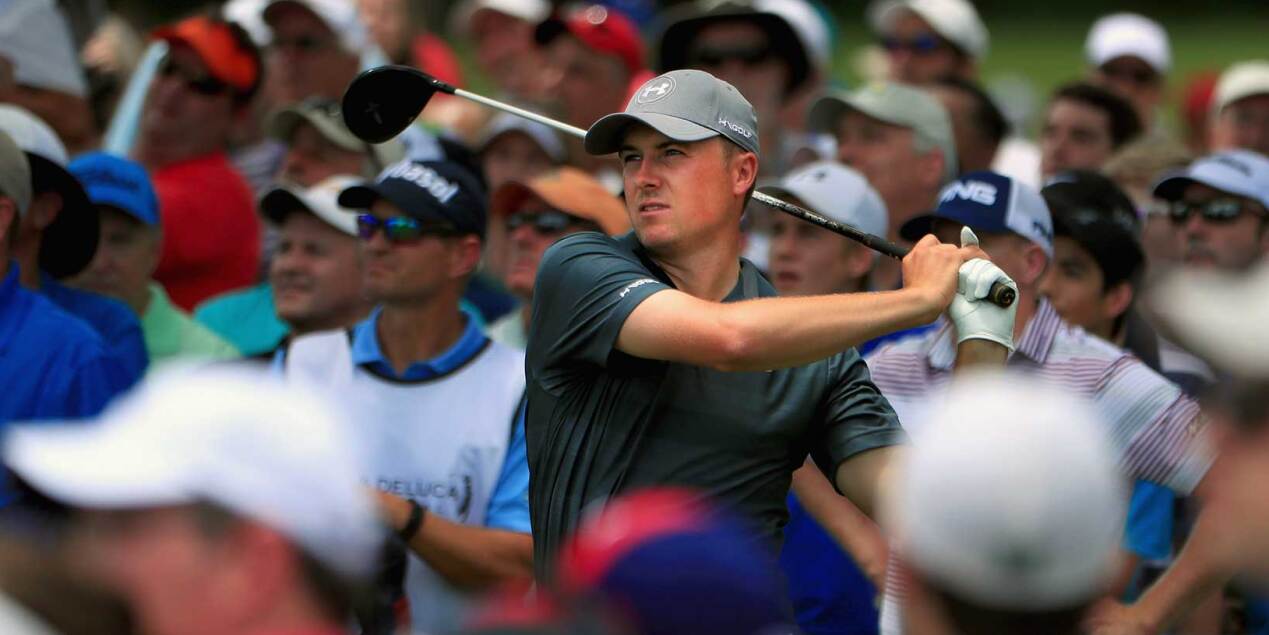 Jordan Spieth is still seeking his first PGA TOUR victory in his home state of Texas. Ryan Palmer would love to win on his home course.

Spieth and Palmer, who play a lot of practice rounds together, will be in the last group Sunday for the final round of the DEAN & DELUCA Invitational. In the back-end of a Texas two-step after the Byron Nelson last week, Spieth was at 12-under 198, a stroke ahead of Colonial member Palmer and Webb Simpson.

"It will be a fun dynamic," said Spieth, who shot a 5-under 65 on Saturday, even while missing a lot of fairways and a few greens. "It'll be cool because as a member, he'll have tons of support and we have had tons of support this week."

Spieth, who has seven PGA TOUR wins, was alone in the lead after three birdies and a huge par save in a four-hole stretch in the middle of his round. The 22-year-old Dallas native tied for second at Hogan's Alley last year, one of his three runner-up finishes in the Lone Star State.

"I was so sick and disappointed with the putt I hit on 18, because that was what I wanted," Palmer said. "I wanted to be with him in the final group on my home course in front of my family and friends and in front of the members of Colonial."

I feel really good about my game. All parts of it. I'm going to need to stick to the basics, keep my posture, very disciplined in my setup alignment and posture and make confident swings, knowing that we have hit great shots all week. And hopefully the putter stays hot as well. But, yeah, I'm confident about where everything's at. Jordan after Saturday's round

Spieth hit only three of 14 fairways and 11 of 18 greens in regulation. He drove into the rough and was short of the green on his approach at No. 18, but held his hand over his mouth in some disbelief after his 9-foot par chance slid by the hole for his only bogey.

After a 12-foot birdie at No. 9 to make the turn at 10 under, Spieth's approach at No. 10 went over the green before a wedge shot to about 9 feet and making that putt to save par. He then chipped in from off the front of the green at the 615-yard 11th and hit his approach within a foot at the 12th for another birdie and stayed along at top of the leaderboard after that.

"Felt like I struck the ball well, got off to a good start again and then short game really kept me in it in the middle of the round. So, my scrambling was kind of the key," Spieth said. "The up-and-down at 10, that was one of the worst lies I've had in the rough in a long time."

Spieth went into the final round last weekend at the Nelson alone in second place before a closing 74 that left him tied for 18th in the Irving event where six years ago he played his first PGA TOUR as a 16-year-old amateur and tied for 16th.

Palmer, who turns 40 in September, got the last of his three PGA TOUR victories in 2010. He missed the cut last year at Colonial.

"This week I told myself I was just going to kind of keep my eye down the middle of the fairway, just fist bump, shake hands with the kids going from tee to green," Palmer said. "But not engage as much and just kind of stay focused and work on the task at hand."

Simpson had bogeys on two par 3s, but followed both with birdies, including the blast from a bunker into the cup at No. 14.

Martin Piller, in the final group with Spieth and Simpson for the third round, had to play 12 holes earlier in the day to complete the second round that had been suspended by darkness Friday after a 5 1/2-hour weather delay.

Spieth and Simpson both finished their second rounds Friday.

Like Spieth, Piller was born in Dallas. But Piller lives in north Fort Worth and his wife, LPGA Tour player Gerina Piller, is at Colonial with him while taking a week off her tour before an extended stretch apart for the couple.

Matt Kuchar, ranked 20th in the Official World Golf Ranking, had a bogey-free 63 for his best score in 33 career rounds at Colonial, where he was the runner-up three years ago and had finished his second round Friday with a triple-bogey.