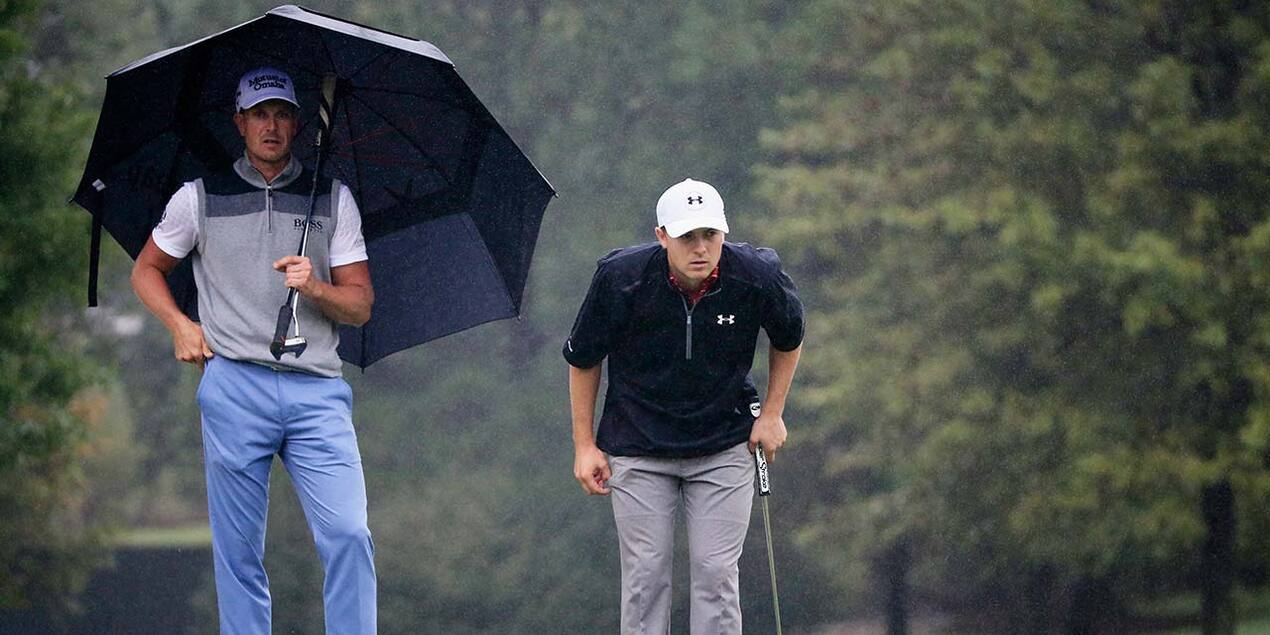 On one of Jordan Spieth’s shoulders rests an imaginary people pleaser, whispering into his ear to stay humble, be polite and do right by his team and his burgeoning group of supporters. It is counterbalanced by the fiery competitor that rests on Spieth’s other shoulder, exhorting him to never back off or down, to go for the jugular.

On Saturday, with a round of two-under-par 68 at East Lake Golf Club, Spieth positioned himself perfectly to appease both voices. Spieth’s eight-under 202 through 54 holes left him with a one-stroke lead over Henrik Stenson in the waterlogged Tour Championship. Rickie Fowler posted a 67 and is at four under. Another stroke back is Rory McIlroy, who recorded a 70. Jason Day, the world No. 1, shot a 70 and is tied for 10th at even par.

If Spieth holds on Sunday to win, he will make it easy on any fellow PGA Tour members struggling to decide whether to cast their player-of-the-year ballots for Spieth, who counts two majors among his four tour titles this season, or Day, who has collected four of his five victories of the season in his last six starts.

“No matter what, it’s a dream-come-true season,” Spieth said. “Two majors, a couple other wins, and what we have been able to do consistently this year, that’s a huge step from anything I’ve ever done.”