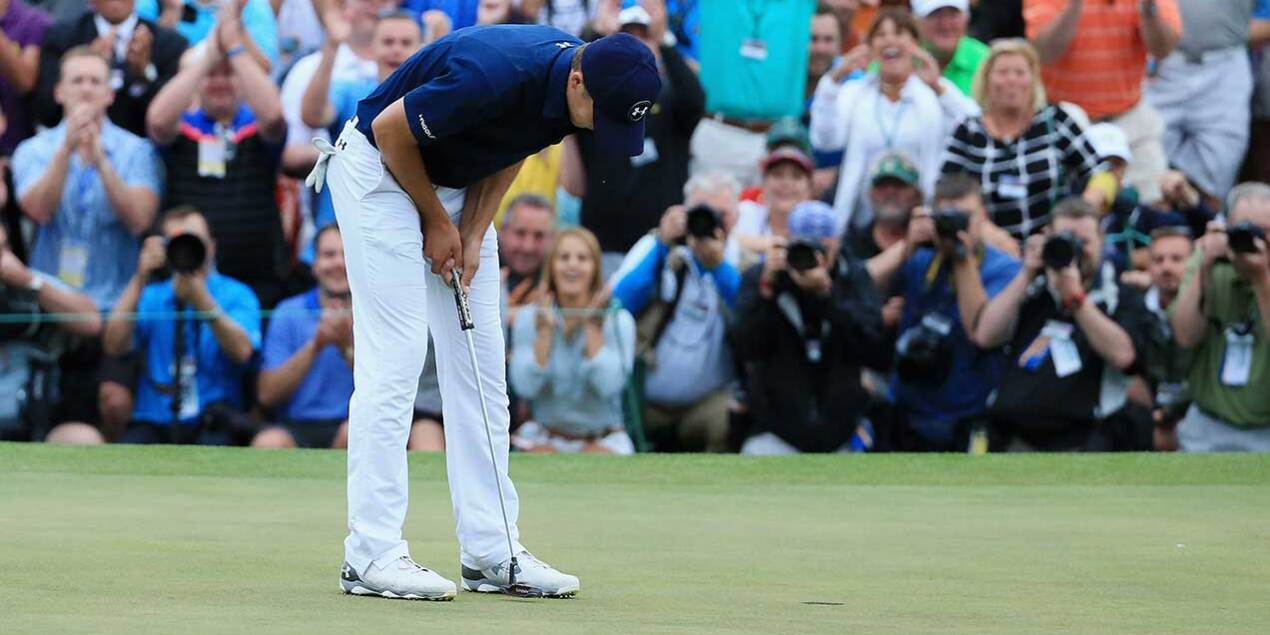 Jordan Spieth won the Masters on Sunday, we won too. People who have grown sick of self-absorbed athletes won. Parents and coaches preaching sportsmanship in youth sports won. Those young athletes won, too.

They won because they witnessed something we don't see every day on our grandest cultural stages. They saw a young American, not even 22 years old, win one of the great U.S. sporting events with a kind of unspoken class and grace that would seem to come from another era.

If Spieth's victory becomes the eventual changing of the guard in American golf, it's a big win for the good guys.

Once there was another youthful American, just a few months younger at the time than Spieth is now, winning this same tournament at 18-under-par, just as Spieth did Sunday. That, of course, was Tiger Woods in 1997. Spieth doesn't succumb to the uber-fist-pumping and extracurricular swearing of Tiger, so he is far less flashy and outwardly intimidating than Woods. But he's even more impressive as a person because he knows he doesn't need the window-dressing and the nonsense to play the game. I think they call it respect.