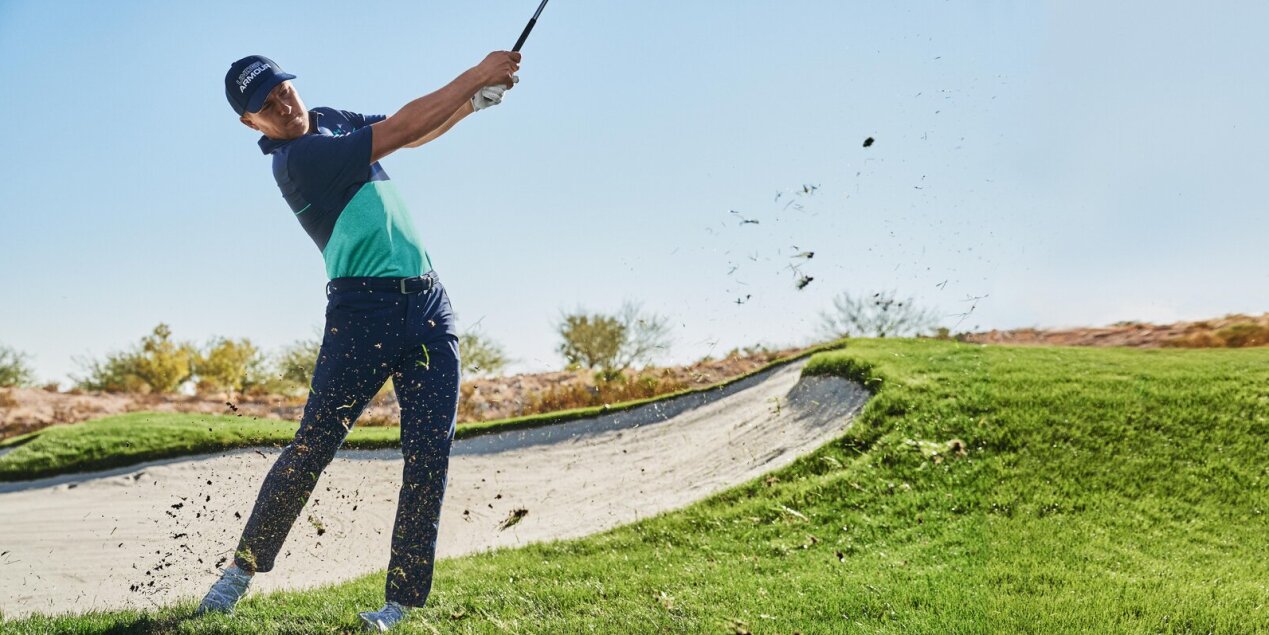 For more than a decade, Jordan Spieth has been working on two things – chasing greatness on golf’s biggest stages, and the opportunity to get 1% better each day. For his upcoming competitive season, Spieth is getting back to basics for what he hopes will be his best season yet.

Helping pave the way is his coach. “I really went back to the drawing board with Cameron,” says Spieth, referring to his longtime coach, Cameron McCormick. “We kind of looked back at what's my DNA mechanically, where has it gotten off, and how do we start to structure things back? Almost go back to go forward.”

Since becoming part of the Under Armour family at age 19, Spieth has collaborated closely with the UA product and design teams on performance innovations that are field-tested by Jordan himself. “After almost a decade of working with Jordan, we have developed a trust,” says Patricia Lin, Director of Golf Apparel at Under Armour.

The work that we do is always to try and push the agenda forward to be a little bit better tomorrow than today. Jordan Spieth

That trust has meant sticking with Spieth through the long game of his professional career — a career that has seen great highs, and some frustrating lows. In April 2021, with a two-shot victory at the Valero Texas Open, Spieth booked a win that he described as “monumental.” “It’s been a long road,” said Spieth at the time. “There were a lot of times that I didn’t know I would be here.”

Through it all, Spieth’s love of the game and his desire to continue to improve is what kept him coming back to the course. “My dad has always used the term, ‘trying to get 1% better each day,’” says Spieth. "The work that we do is always to try and push the agenda forward to be a little bit better tomorrow than today. And ultimately, I'm looking to try and get to where I'm in a better place with my body in the gym, but also on the golf course, than I've ever been.”

Read the Full Article at Under Armour