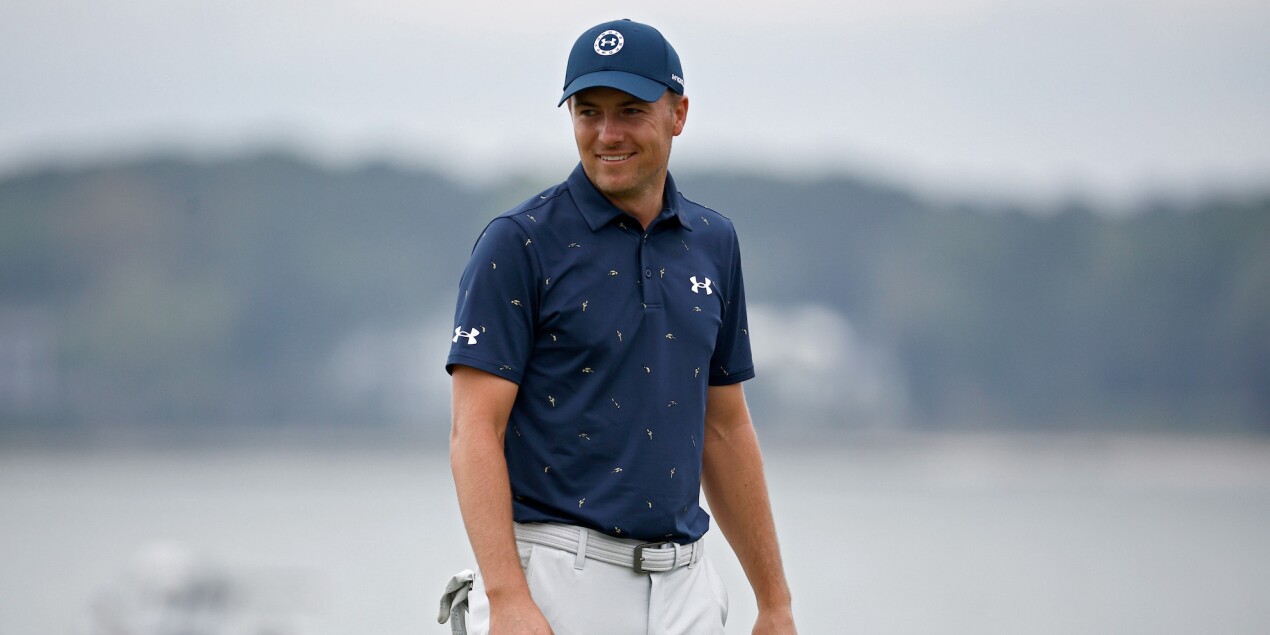 When Jordan Spieth finished his final round at the RBC Heritage by holing a 10-foot birdie putt to reach 13 under and take the clubhouse lead with a closing 66, he made his way to the scoring shack and was greeted by a group of about 40 delirious children. As he signed his scorecard, the chants came from outside: "Spieth! Spieth! Spieth" and then "We want Jor-dan!" He wasn't quite ready to sign their hats and flags, but he walked over to the rabid young mob and explained the situation with that measured, sincere tone that has become so familiar—he was sorry, but there was a playoff coming maybe, or maybe he'd lose outright. One way or another, however, he'd be back when it was over.

Witnessing that moment, two questions came to mind: Who else would do that? And who else in golf, give or take a Tiger Woods, would inspire that kind of reaction in the first place?

A moment later, the epiphany: He inspires that kind of reaction because he's the kind of person who would take the time to explain to a group of kids why he couldn't stay.

Many, most, or perhaps all of us believe golf is better when Jordan Spieth is winning tournaments, and he brought a bit of that old 2015 spark on Easter Sunday for the second straight year, prevailing in a playoff against Patrick Cantlay at the RBC Heritage. On the first playoff hole, in the shadow of the iconic Harbour Town lighthouse, as the sky grew darker and the air thicker with the dual promises of night and rain, both players went from the fairway to the bunker on their approaches. When Spieth found his ball near the edge of the sand, he may have had flashbacks to a brutal break on the momentum-killing ninth hole, when his attempt to drive near the green ended with a similar lie, forced him to pitch out sideways, and resulted in a bogey when it seemed like par was the absolute worst he could do.

This time, though, he had clearance, and the wheel of misfortune had spun back to Cantlay, whose ball was in a fried egg, sunny-side down. Spieth nearly holed out, tapped in for par as the world held its breath, and then watched as Cantlay pushed his shot well past the hole and couldn't make the comebacker. That unleashed it all—the cheers, the hug with Michael Greller, the meeting with wife Annie and their new baby Sammy and dozens of horrendous resurrection jokes on Twitter for the second year in a row.

More bunker brilliance by @JordanSpieth in a playoff.

This approach on the first playoff hole sealed the victory @RBC_Heritage. pic.twitter.com/ghI8arP11P

Later, his thoughts turned to two other tournaments.

"Every year, I think about Kapalua at the beginning of the year," he said of the Hawaiian destination for the previous year's champs, "and I missed it for a few years, and I never want to miss it again, and I'm really glad that this will get me there. What a great tournament to win." 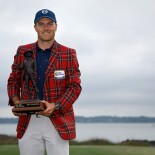 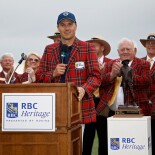 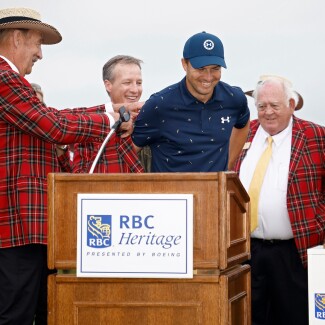 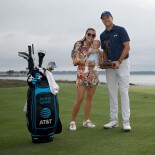 But if every win on the PGA Tour is defined by triumph, and by reward, there is never one that comes without a bad memory to inspire it. Spieth only had to look one week into the past to find his bitter inspiration.

And so, he redoubled his efforts, put in hours of practice, and managed—just barely—to cross the line again, the 13th victory on tour for the 28-year-old. Was he lucky to win, or unlucky? On the unlucky side, there was the debacle on nine and the horror story from the 18th hole on Saturday, when for the second time in three weeks, Spieth somehow blew a tap-in in a scene that remains painful to watch.

"I won the tournament without a putter," he said after his round, and later, he reflected on the embarrassing moment.

Read the Full Article on GOLF