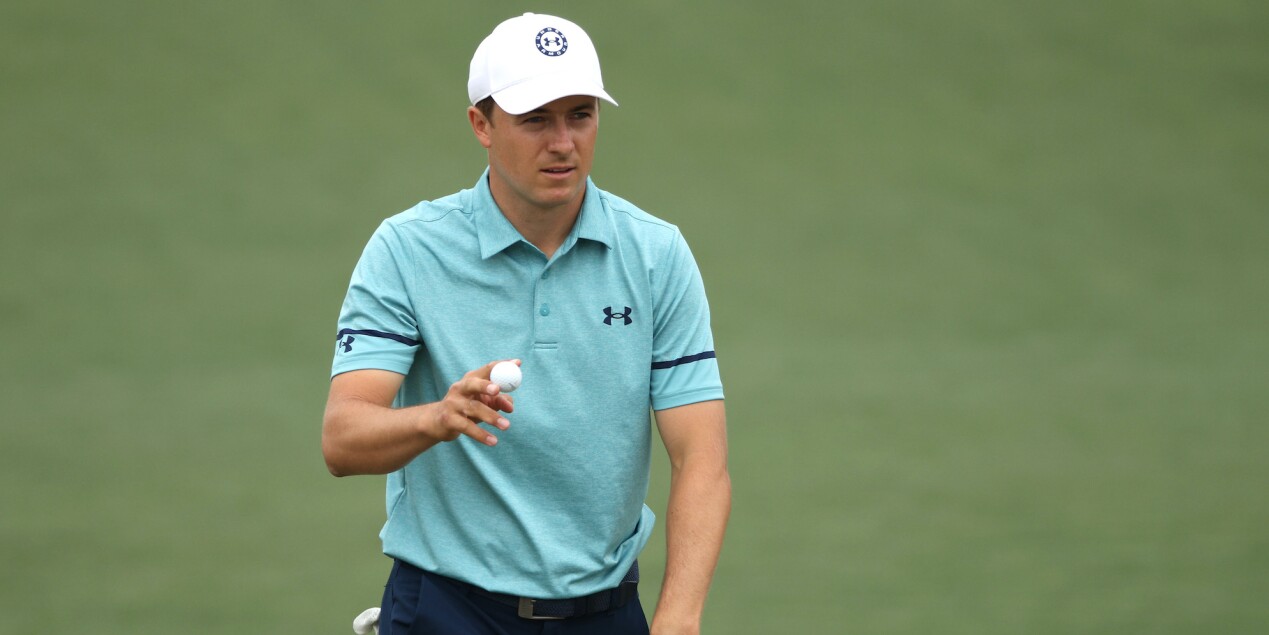 Jordan Spieth is making a significant equipment change at this week's AT&T Byron Nelson, with the Texan putting Titleist's new Pro V1x golf ball in play for the first time in competition.

Spieth, who has played a Pro V1x for his entire career, has played the 2017 edition of the ball since its initial release. However, after testing the 2021 model during practice sessions over the past week, the 27-year-old has decided to add the latest version of the ball to his arsenal.

One of the primary reasons behind Spieth’s decision to play the 2021 version is the extra softness and spin that it provides. Speaking on the 2021 Pro V1x, the former FedExCup champion also identified that the new ball didn't add spin in his long irons, instead providing more ball speed and optimizing his launch.

“I’m trying to optimize launch conditions through the bag. For me, the 2021 Pro V1x, I get more spin around the greens. It’s softer, spinnier around the greens with my short game shots. And then when I went up the bag, I started to get a little bit higher launch, but it didn’t add spin in the long clubs. It just added ball speed and launch,” Spieth said.

“So it’s a little higher window, but it just looks like it’s screaming through the air. And then from the 7-iron on down, I didn’t see much difference in the full shots, just like I said more action around the greens."

This week's AT&T Byron Nelson is a home game for the Texan, who made his TOUR debut at the event in 2010 as a 16-year-old. Spieth has roared back into form in 2021, with five top-5 finishes already this season, including a win at the Valero Texas Open.

Events based in Texas usually provide testing conditions due to the volatile weather, with the wind often playing a part in the Lone Star State.

According to Spieth, the added greenside spin with the new Pro V1x should be helpful should the wind pick up at TPC Craig Ranch this week.

“When you get into some trouble with some windy, tough golf courses, and you've got to hit these shots to short sided hole locations, to be able to have that extra spin around the greens will be really nice,” he said.

The three time major champion has been out of action since the Masters with the break allowing Spieth the opportunity to get accustomed to the new ball. After some thorough testing sessions, he believes the new addition to his bag will also provide added consistency in his scoring clubs.

“It was really like three days of hitting balls in different conditions into the wind, downwind, trying to get a nice day in there too, where you kind of don’t have to fight any,” he added. “And then hitting shots around the greens, being comfortable with that feel – which was easier. If you can get a little more spin, that’s only going to make things better.

“But really in those kind of three-quarter wedge shots, a lot of different kind of wedge control shots with the scoring clubs, I was looking at – How different does it feel? Am I getting any that are problematic? I like to play my wedges lower. And so just having a little bit of that extra spin I think is going to make it even more consistent.”

Though Spieth has an excellent record in his home state, winning twice, he is still looking for his first title at the AT&T Byron Nelson.