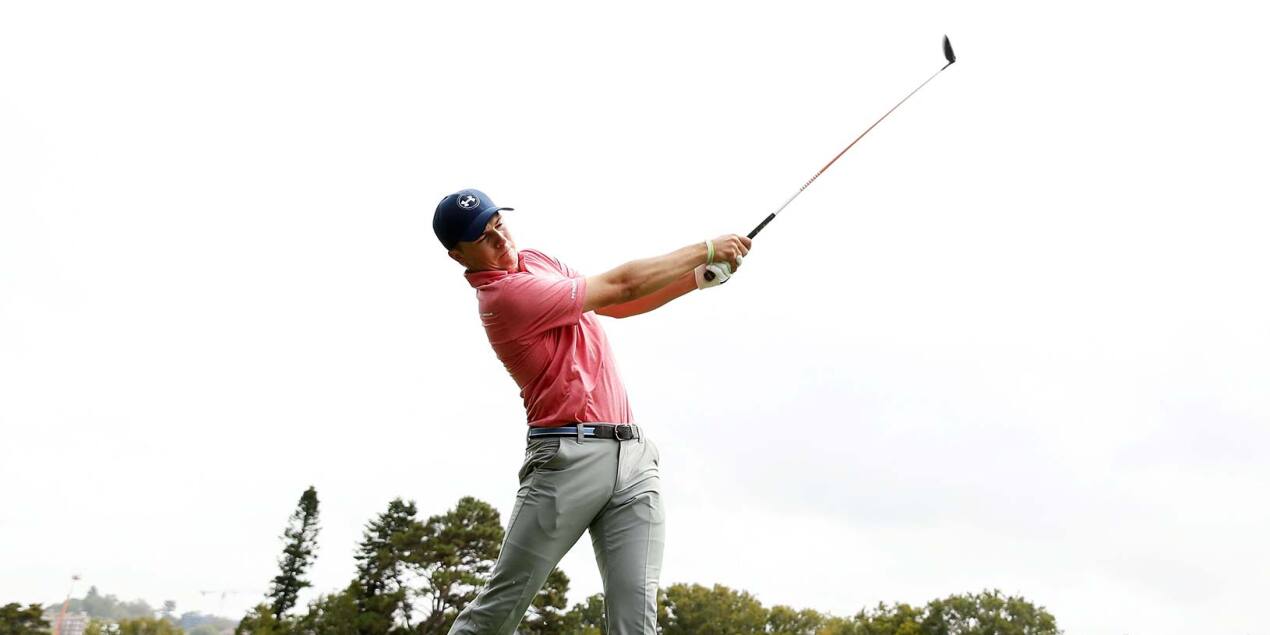 There was a bunch heading out around the same score for the final round in 2014 at The Australian before Jordan Spieth carved his name into Emirates Australian Open history.

Spieth, then on his first visit to Australia, had taken his time to adjust to the conditions, but unleashed what many believed the greatest final round ever seen in the chase for the Stonehaven Cup.

His 63 in trying conditions will long live in the minds of those who witnessed it, so it was no surprise that it came up today after the world No.5 edged rather than charged into a remarkably similar position.

Perhaps ominously for his fellow contenders in tomorrow’s finale to the 2016 edition, Spieth said he’d finally straightened out his normally trusty putter and was becoming familiar with the Royal Sydney layout on which he first set foot just five days ago.

“I feel very confident about where things are, so yeah, off of 2014, that was a round that kind of felt like an easy 63, if that makes any sense,” the American said.

“It just felt like I went out trying to just take advantage of each hole when I sit on the tee box and it did wonders for me going forward.

“So, I’m very excited about the opportunity tomorrow.

“I still struggled a bit on the reads and adjusting to the speed. They were a bit slower than what they kind of looked like – that poa annua really grabs it in the afternoon and it makes it a bit slower.

“So, I’m just going to be more aggressive on the greens tomorrow, now that I feel more comfortable.”

Read the Full Article at the Emirates Australian Open