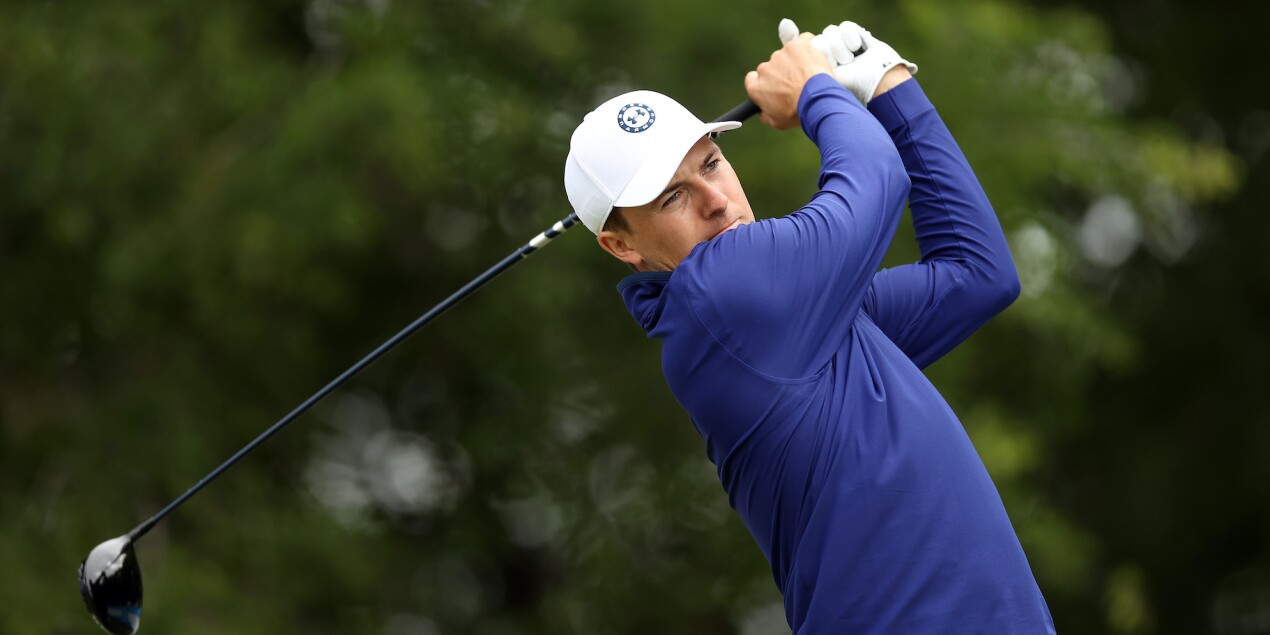 Jordan Spieth woke up Friday at 4:30 a.m. He felt tight on the range at the AT&T Byron Nelson.

He bogeyed his first hole.

Spieth found little to like early in the second round, starting his morning slowly on the back nine and playing holes 10 through 13 at TPC Craig Ranch at 1 over.

“Losing a couple to the field there got me a little frustrated,” he said. “If you kind of tap the brakes a little when the scores are going to be low you feel like you have to play catchup.”

Except that didn’t happen either. Spieth made just three birdies Friday. He lost his share of the lead and finished with a 2-under 70, three behind K.H. Lee.

There was little wind when he and longtime friends Scottie Scheffler and Will Zalatoris started play. Spieth hoped for a score around 5 under. That, the Dallas native and resident thought, would keep him at the top of the leaderboard for the weekend at the tournament where he made his first PGA TOUR start when he was 16 years old. But after a birdie on his fifth hole, Spieth stalled. He fought with his patience as he made par after par after par.

The putter didn’t cooperate, either. The longest putt he holed was from 11 feet 2 inches on No. 1, his 10th hole. It was for par.

“I just had plenty of looks,” Spieth said. “I didn't make many putts at all today.”

It was nothing like Thursday, when he made seven birdies and an exhilarating eagle on the par-5 18th. A substantial share of the 12,500 spectators on the course committed to following the group of three old rivals from the North Texas PGA section junior tour, many of them cheering robustly when Spieth made another putt or saved another stroke or tested the odds, as he did in spectacular fashion on No. 12.

After a blocked drive finished in a patch of mud behind a clump of crabgrass, Spieth and his caddie discussed their many options. His ball sat about 245 yards from the hole at the reachable par-5, but tree limbs dangled to his right, forcing him to shape a shot just so to clear a creek that runs through the property. A prudent punch seemed the logical play.

But Spieth never wavered. He slammed a soaring hybrid to 10 feet from the hole. The galleries howled, and Spieth seemed invincible.

Even that pure joy of playing seemed elusive Friday, he said.

“I think yesterday, even when I wasn't playing a good hole, I was kind of laughing at the miss or chunked it and laughed,” he said. “Today I had a shorter fuse.”

After two consecutive birdies Thursday to go to minus 7, Spieth drove short of the green on the par-4 14th. He hit his pitch too heavy and scrambled for par, but chuckled at the mistake.

On the tee of the 15th, a long par-3 over water, Spieth thinned his iron and begged for it to find the ground. When it did, he leaned on his club and smiled.

That Jordan Spieth never quite made it to the course the next day. The Spieth who did wasn’t nearly as loose, sharp or forgiving.

“I'll just get some better rest tonight and then, like I said tomorrow, will be kind of a fun test,” he said. “There is no reason for me not to trust everything I'm doing. At this point, I've got an opportunity to contend here, and if I can get myself a chance on Sunday, that is the best prep for this tournament and also next week.”