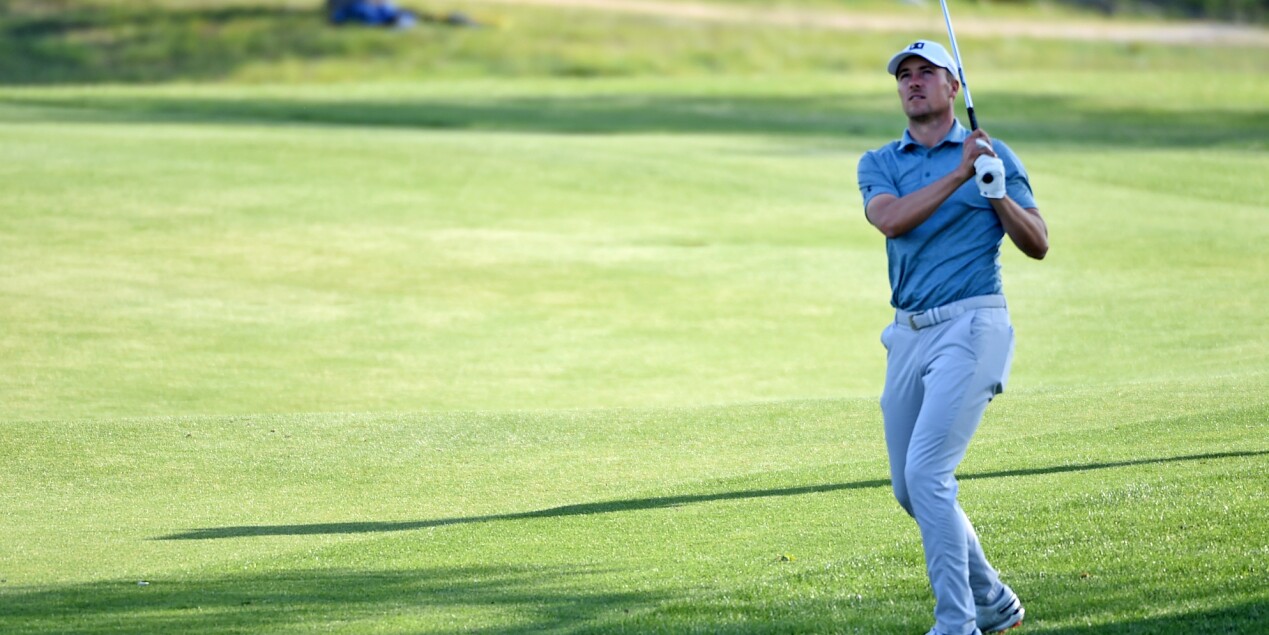 This season has been highlighted by big-name players returning to the winner’s circle after a lengthy absence.

Perhaps no return to the top of the leaderboard, though, has been more popular than that of Jordan Spieth. After finishing 107th in the FedExCup a season ago, Spieth’s consistently good play in 2021 culminated in a victory at the Valero Texas Open, his first win on TOUR since the 2017 Open Championship.

Statistically speaking, what has fueled the former FedExCup champion’s resurgence? A return to the brilliant iron play that spurred his rise to No. 1 in the Official World Golf Ranking.

Top of the Game

But statistically, the biggest separating factor in his game wasn’t his putter: it was his iron play. In Spieth’s FedExCup-winning campaign of 2015, he gained more strokes per round with his approach shots (+0.62) than with his putter (+0.57). Spieth was especially deft from the rough: his average proximity to the hole from the rough was 37’7”, best of any player on TOUR – and nearly 7 full feet better than the TOUR average.

This became even more pronounced in Spieth’s 2017 season, when he won three times on TOUR, including The Open Championship. That season, Spieth led the PGA TOUR in scoring average despite ranking 48th in Strokes Gained: Putting. He was second on TOUR in Strokes Gained: Approach that year, trailing only Paul Casey. Spieth hit more than 70% of his greens in regulation that season, and ranked in the top-10 in average proximity from both the fairway and the rough.

Throughout Spieth’s career, gaining strokes on the field with his approach play has been more conducive to lower scores than doing so off the tee, around the green or putting.

Spieth has had positive Strokes Gained: Approach in 59.3% of his career PGA TOUR rounds measured by ShotLink. In those rounds, his scoring average is an impressive 68.7.

Compare that to the other three traditional Strokes Gained stats. When Spieth has positive Strokes Gained: Off-the-Tee, his career scoring average is 69.1. Around the green, it’s 69.05, and when his putting is positive, it’s 68.69.

How does this compare to the PGA TOUR average? The numbers say that when Spieth’s iron play is clicking, it’s more significant to his overall score than the typical TOUR player. When Spieth gains at least 1 full stroke on approach, his scoring average is 67.9. That is nearly a full stroke better than the TOUR average in those situations the last 2 seasons (68.8).

That differential only grows as Spieth’s Strokes Gained: Approach numbers improve. When Spieth gains 2 strokes or more on approach, his scoring average is 1.03 strokes better than the TOUR mean. When gaining 3 or more, it’s 1.30.

Spieth’s return to the winner’s circle at TPC San Antonio was fueled by an exceptional performance through the bag: he ranked sixth or better in Strokes Gained: Approach, Around-the-Green and Putting that week. But his entire spring has been a display of rapidly-improving iron play.

Spieth enters this week’s AT&T Byron Nelson having had positive Strokes Gained: Approach in 24 of his last 28 stroke play rounds on the PGA TOUR. That includes The Masters, where Spieth ranked 9th in the field in that statistic. That is an enormous improvement over last season, when he only gained strokes with his approach play in 44.7% of his rounds over the course of the PGA TOUR season.

Spieth is up to 21st on TOUR this season in Strokes Gained: Approach, a 76-spot jump from a season ago. Among players to officially rank in the statistic each of the last two seasons, only nine players currently have made a bigger leap.

Next week, Spieth will make his fifth start in the PGA Championship when needing just the Wanamaker Trophy to complete the career Grand Slam. Strokes Gained data exists for the last seven PGA Championships – and even though the event has been held at different courses all across the U.S. during that span, Strokes Gained: Approach still stands out as extremely significant.

The seven PGA Championship winners during that span have gained 32.5% of their strokes on the field with their approach play. That is higher than Strokes Gained: Putting (29.6%), Off-the-Tee (27.9%) or Around-the-Green (9.9%).

Entering each of the previous two PGA Championships, Spieth ranked outside the top 100 in Strokes Gained: Approach. With his iron game returning to full flight, Kiawah Island presents Spieth’s best opportunity to complete the Grand Slam since his first attempt at it back in 2017.