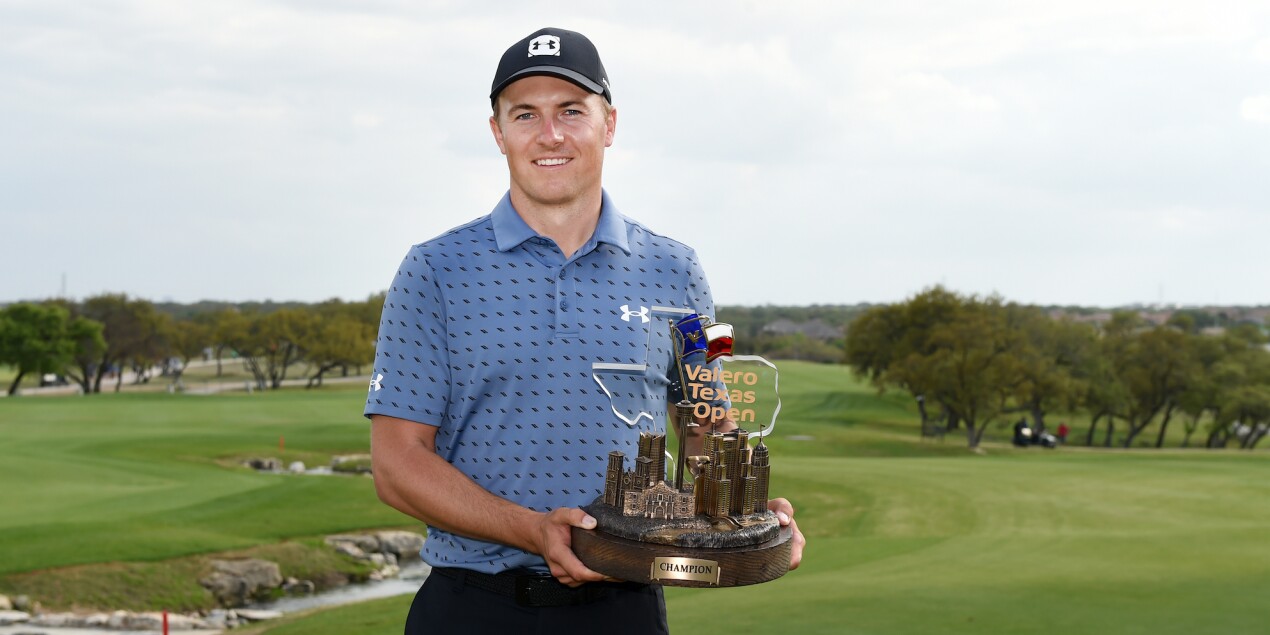 When he won the Valero Texas Open with a little putt for par, Jordan Spieth waited for a particular emotion that never quite came. The end seemed familiar and right.

But then he saw his wife. Annie Verret ran to him with tears behind her sunglasses. She felt the weight of a struggle that had lasted 1,351 days, those 83 starts on the PGA TOUR since her husband had last won. Their embrace, when Spieth nearly lifted her off of her feet, put the catch in his throat that he thoroughly expected Sunday when he won the 12th tournament of his career.

It happened in Texas. It happened on a bright, still afternoon the week before the Masters Tournament, that symbol of another golf season at hand. It happened to someone who needed it to happen. Now 27, Spieth once had been a whirlwind on the TOUR, a demonstrative and relatable star who won a U.S. Open, a Masters and an Open Championship after a pair of U.S. Juniors and three college victories at the University of Texas. Then, in late 2017, the winning stopped.

He had a bone spur in his hand. He had a swing that was getting too steep. He had days when he was unsure where his ball would land. He had a lot of questions.

“I feel grateful,” Spieth said Sunday, answering a question he was glad to be asked. “It’s been a road that’s had a lot of tough days. I’ve had people in my corner that have always believed in me, even when I’ve kind of believed less in myself.” Was he thinking of Annie? This was a while after the trophy presentation and the television interviews. (In his first, before the mics were on, he shook his head and exhaled: “It’s been a journey.”)

Here’s how the journey ended: He shot 6-under-par 66 to end the week at 18-under 270, two strokes better than Charley Hoffman and four ahead of Matt Wallace. He climbed 33 spots in the FedExCup standings, to No. 7. He kept a good season going, one in which he’s had three Top Five finishes since early February.

He made seven birdies, including a critical short putt on the par-4 17th that put him, for the first time in a long time, in a position late to win without having to perform magic. He drove to the fairway on par-5 18th, played a prudent lay-up shot and wedged in. His reward was one of the most coveted acts in golf: the marked 1-footer to play the last stroke and bathe in the celebration.

The celebration had been building for hours. Many of the 5,000 spectators clearly hoped to see Spieth prevail. A native and resident of Dallas, he was theirs.

They followed Spieth through a front nine in which he made his only bogey of the round. Hundreds more waited at the tee of the 10th. The gallery tripled as Spieth, chugging a chocolate drink, arrived by cart from the ninth green with a one-shot lead he had taken at No. 3 and stretched to two at par-5 eighth.

“Even though I knew Charley was playing well and the wind was dying down, he’d have to make birdies,” Spieth said. “I made better swings on the back nine today.”

His gallery grew, especially at the 16th, the par-3 with the bunker in the middle of the green where everyone gathers to have a pretzel or a beer. Hoffman birdied it. Sensing that Spieth might need them now more than ever, many who had sat at the 16th for most of the windless day now made their way to the next tee.

Photos From the 2021 Valero Texas Open 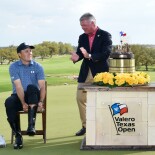 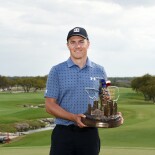 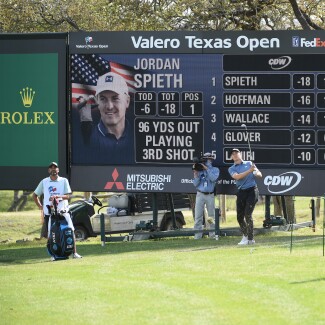 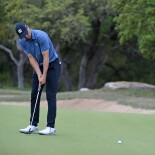 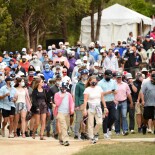 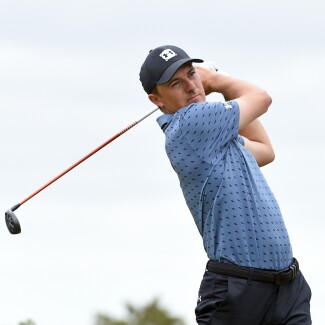 The loyalists followed Spieth down the next hole, where he made that crucial birdie. Spieth had a two-shot lead with one hole to play.

He remembered then what it took to finish a tournament.

“For me, it’s about throwing out results and instead work on freedom,” Spieth said. “If I’m feeling freedom out there, I’m loving what I’m doing, and if I love what I do, I’m going to do it well.”

Up in Austin, 40 or so members of the University of Texas Golf Club gathered for the end in the Founders Bar. Many of them remembered Spieth from his freshman year on the men’s golf team, which won the 2012 NCAA National Championship at Riviera Country Club in Pacific Palisades, California. Right around the corner from the bar, a display case held a signed Masters flag, a cardboard cutout of the former Longhorn and a signed Wheaties box, among other artifacts. Spieth never left Austin and never will.

Down in the Florida, John Fields, the head coach of the team then and now, followed Spieth’s round on his telephone while his players competed in a collegiate tournament. Fields got to watch the last hole, right down to the last putt. He hoped his current team would be as moved as he was by what he saw.

Fields mentioned the fact that Spieth had made no desperate changes during his winless streak. He kept his one and only caddie, Michael Greller. He kept his longtime instructor, Cameron McCormick.

“Resilience,” Fields said. That’s what he wants his players to see when they watch the highlights from Spieth’s Sunday in San Antonio.

“It shines a light on that resilience,” Fields said. “This is for real.”

There was plenty of sunlight left when Spieth made the putt to win. Greller stripped the flag from the flagstick. Hoffman gave Spieth a tight hug.

“I know what he’s been through,” Hoffman said.

Then the music started. Spieth wondered when it all would sink in, and how. Annie Verret hadn’t yet made her way to her husband when she and everyone else at TPC San Antonio heard through the loudspeakers that familiar keyboard riff, and then that familiar voice: Steve Perry of Journey, crying “Don’t Stop Believin’,” that familiar anthem of hope.