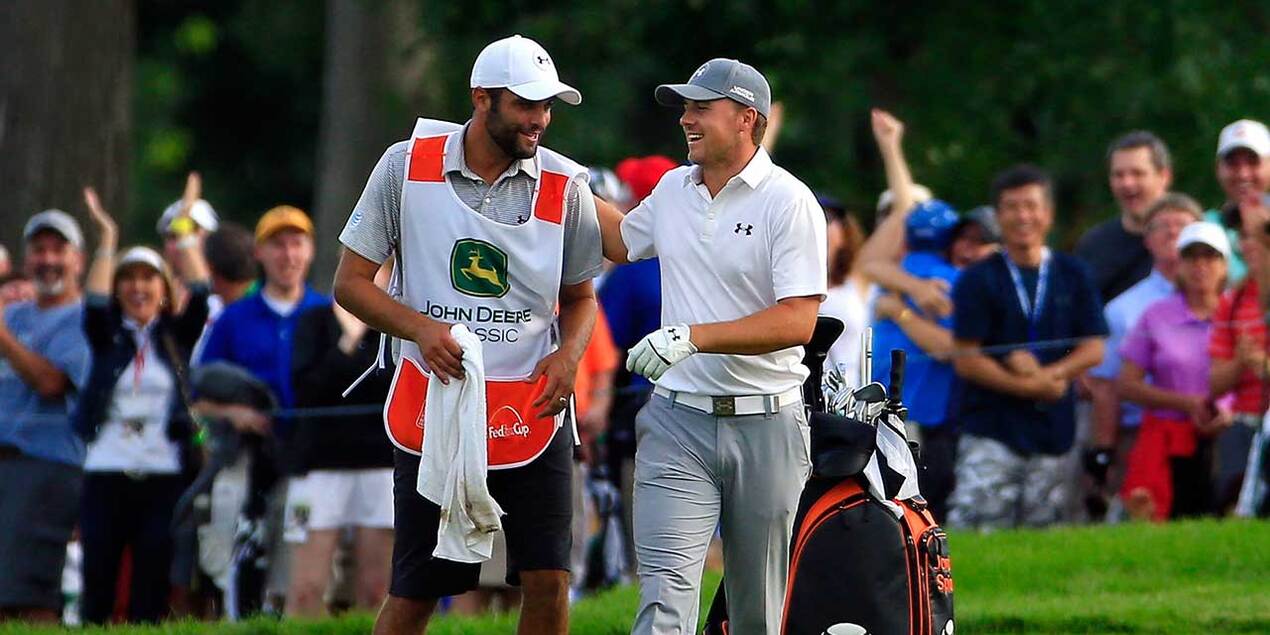 I don't know what else to say. Jordan Spieth just dropped a 61 on the John Deere Classic with a birdie-eagle-birdie finish. It's his lowest round ever on the PGA Tour (he shot 62 at the RBC Heritage earlier this
year and at the 2013 Deutsche Bank Championship).

Spieth was hitting pins and holing wedges from the fairway on Saturday at the Deere.

After starting the week with an even-par 71 on Thursday, Spieth (17 under) is poised to win his second straight PGA Tour event and fifth overall.

"I just seem to get some lucky breaks here at the John Deere," Spieth told Ian Baker-Finch of CBS.

"This tournament really took my career to another level," Spieth said in reference to winning here in 2013 as a 19-year-old.

The highlight of the round was this ridiculous shot on the 17th hole. It was one of the "breaks" Spieth referenced. It was also an incredible shot.