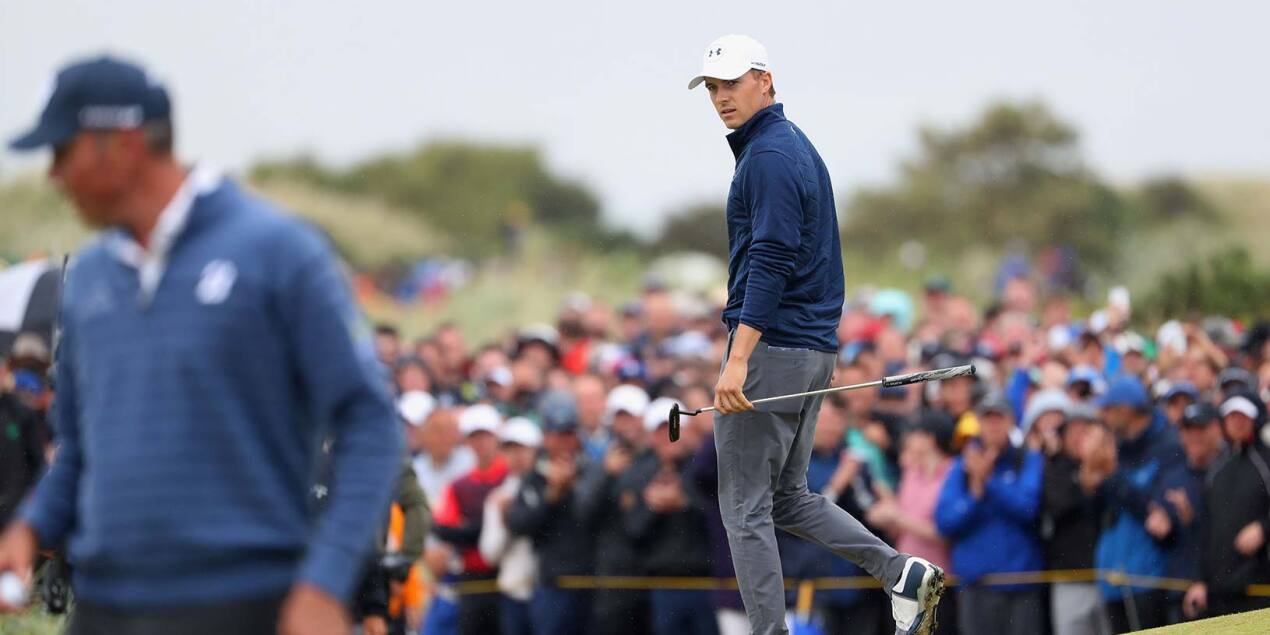 Cool your Delta jets, people. Young Jordan Spieth is not the next Tiger Woods. Spieth, 23, man-child of golf’s promised land, showed that repeatedly in winning the game’s oldest championship and the third leg of the career grand slam. He is Jordan Spieth, on Sunday a dune-running, putt-holing, thrill-a-minute sui generis golfing savant.

And that is more than enough.

He began Sunday with a three-shot lead over his playing partner, Matt Kuchar, with his perma-smile and loping gait and easy-going demeanor. Spieth said going in to the finale that Kuchar was an ideal playing partner, the kind of sentiment you never heard Tiger express in his life. More to the point, we all know what Woods would have done with a three-shot 54-hole lead: stolen all the available air from the event and ended the proceedings before making the turn on Sunday. Spieth is not built for that. He went out in 37, to Kuchar’s even-par 34, and the game was on. 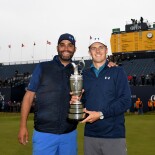 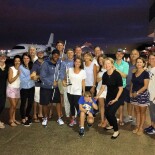 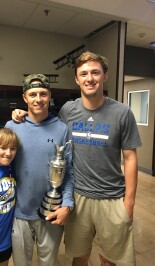 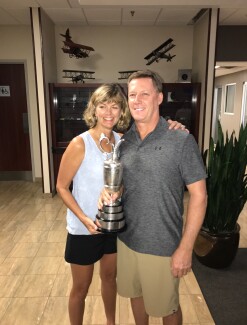 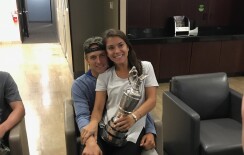 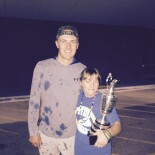 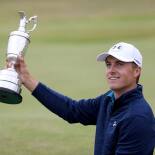 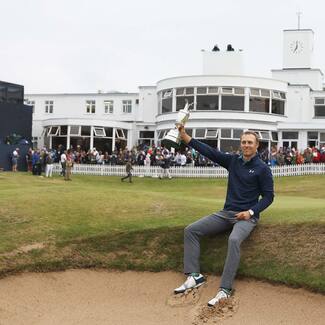 Spieth is nothing like mechanically perfect, and because he’s not the fourth round of this 146th British Open was a case study in why golf is, at its core, an imperfectible game that reveals not only a player’s eye-hand coordination and clubhead speed but also the plumbing in his heart and the wiring in his brain. His final-round one-under 69, in an ever-cooling and freshening afternoon breeze and with nobody really to beat but himself, was at times—here’s looking at you, tee shot on No. 13—a horror show. But the winner’s claret jug has no pictures on it, only names, and now Spieth is the fifth Texan with his name engraved on it. (Justin Leonard, Bill Rogers, Lee Trevino and Ben Hogan got there first.)

Yes, Spieth is aiming and trending for the stratosphere, for Trevino (six majors) and Hogan (nine majors) and beyond. Spieth now has a hat trick of them: the 2015 Masters and U.S. Open, plus the 2017 British Open at the regal links here, Royal Birkdale. If he wins the PGA Championship, next month at Quail Hollow or at anytime in the next 30 or 40 years, he’ll have the career grand slam, something achieved only by Gene Sarazen, Hogan, Gary Player, Jack Nicklaus and Woods. He turns 24 on Thursday.

The day should have been all about Spieth, but in the end it was all about Spieth and Kuchar. Haotong Li, a sleek, 21-year-old Chinese golfer built like a racehorse, shot a Sunday 63 to post six under early. (Back in the day—Friday, July 21, 2017, to be exact—that would have been a historic round in major championship men’s golf, but then came Branden Grace with his 62 on Saturday.) Even with Spieth’s Sunday struggles, six under was never going to win this thing.