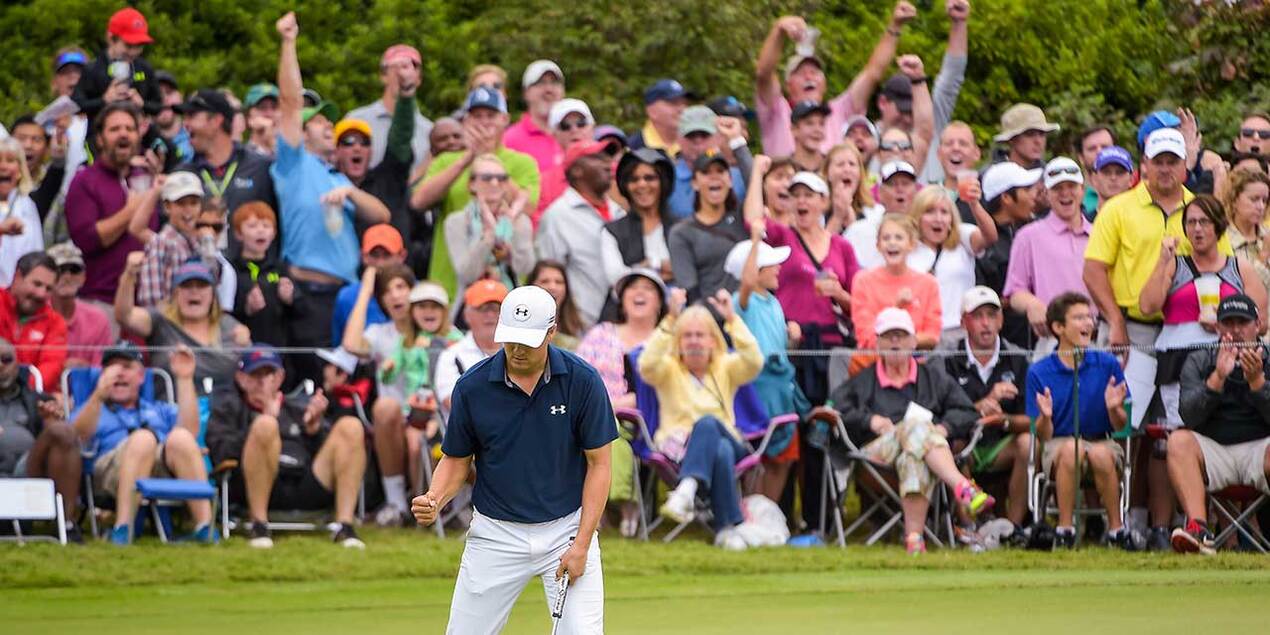 A magical season for Jordan Spieth ended Sunday with the 22-year-old Texan claiming the biggest prize on the PGA TOUR.

Spieth shot a 1-under 69 to finish at 9 under and win the TOUR Championship by Coca-Cola by four strokes. In the process, he also clinched the FedExCup and its $10 million bonus, while likely ending any discussion about the Player of the Year.

The win was Spieth’s fifth of the season, which matches Jason Day’s total for most this season. While Day won one major, Spieth won two – and now has the FedExCup in his grasp. He also moves back to No. 1 in the world rankings after Day’s one-week stay at the top following last week’s win at the BMW Championship.

Spieth, who missed the cut in the first two FedExCup Playoffs events, began the day with a one-shot lead over Henrik Stenson, the 2013 FedExCup champ. After six holes, the two were tied when Spieth suffered a second consecutive bogey. With both players starting the week inside the top five in FedExCup points – and thus assured of winning the FedExCup by winning the tournament – it seemed to be a two-man game.

On the eighth hole, Spieth took command. He rolled in a 21-1/2 foot birdie putt while Stenson suffered a bogey, a big two-shot swing. Then after Stenson knocked his approach shot close at the ninth, Spieth rolled in an 18-footer to maintain his advantage.

Spieth then holed his biggest putt of the day, from 46 feet, 7 inches, at the 11th hole, again to keep his two-shot lead. Stenson then made bogey on the next hole to drop three back.

Spieth then used his putter to keep his chasers away. He saved par at the 15th with a putt from just inside 9 feet, and made a par-saver from a similar distance on the next hole. When Stenson made double bogey at the 17th after shanking his approach, Spieth's lead going into the final hole was four shots.