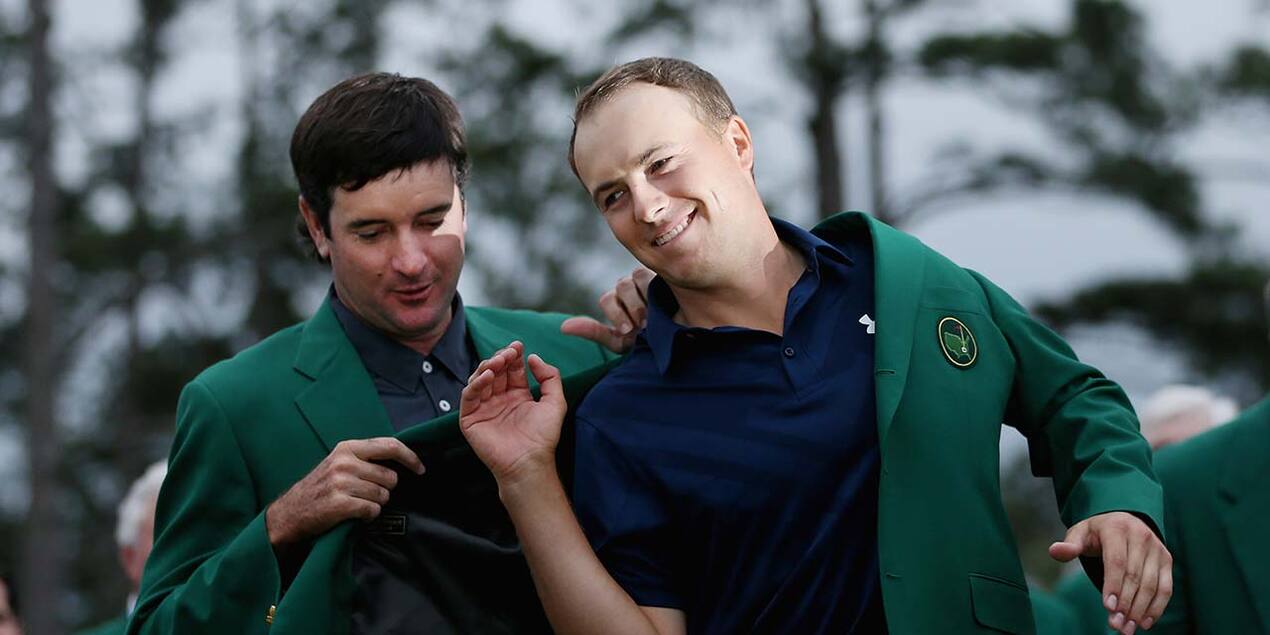 They came at the kid in waves, the world's best golfers grabbing and clutching for four sweltering days, swarming him with green jackets and Claret Jugs and Wanamaker Trophies and glares.

Jordan Spieth took their punches, all of them, sticking out his 21-year-old chin from the top of the Masters leaderboard and absorbing every bit of Tiger's teeth, Rory's resilience, Lefty's left.

Finally, under the cloudiest of skies on Augusta National's 13th hole late Sunday afternoon, the kid cemented his place in golf history by punching back.

It was his second shot on a long par-five. He was more than 200 yards from a green surrounded by sand and woods and a tributary of Rae's Creek. He was leading the tournament by five strokes. He should have laid up in front of the water. He should have played it safe.

He didn't. He took a chance. He went for the knockout. He swung from his heels and screamed.

The ball went. It carried the tributary, landed within 14 feet of the flag, and made the statement that resounded for the rest of the tournament.

And today Jordan Spieth has that oversized, old man's green jacket draped around his shoulders after becoming the second-youngest person to win the Masters, with a tournament record-tying 18-under-par 270, four shots ahead of major winners Phil Mickelson and Justin Rose.

The debutante ball that began Thursday ended in a Sunday night waltz for the ages. He wore white pants that didn't get dirty. He wore a boyish expression that never changed. He was Tiger without the bleeps. He was Rory without the fold.

The golf world now has its future on Spieth dial. This new era will be played by Jordan Rules. On the same weekend Ben Crenshaw retired, the sport has a new Texas two-putter who is equally gentle, but quietly tough.

Read the Full Article at the LA Times