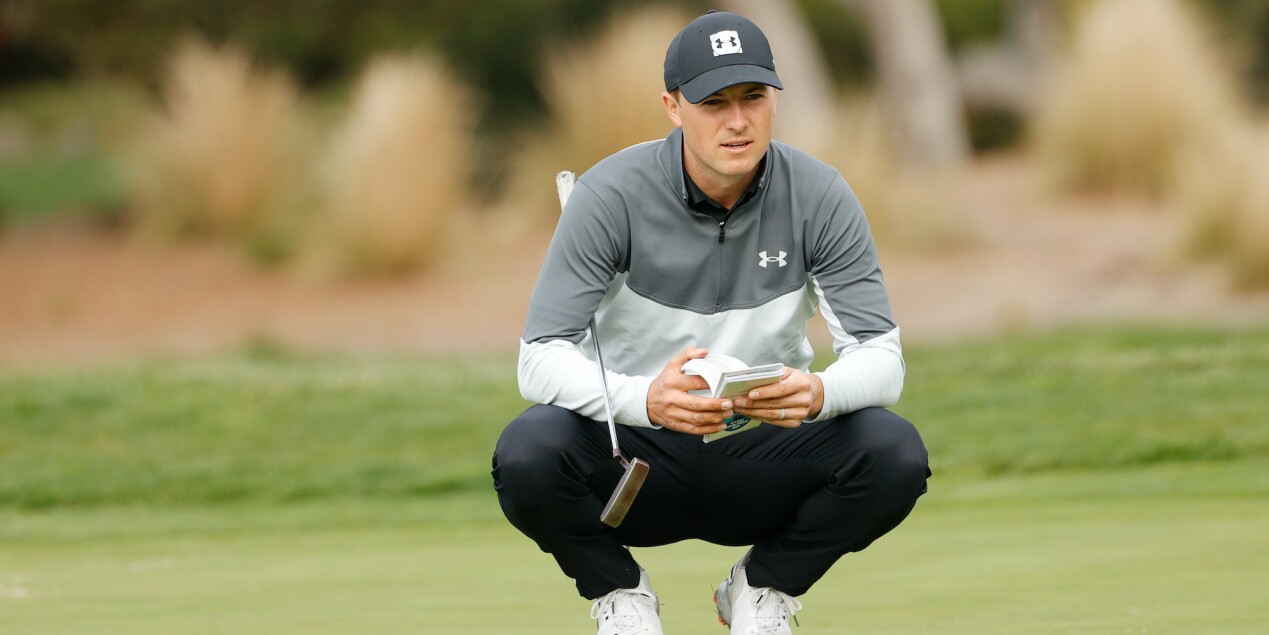 Jordan Spieth has continued his form resurgence with a stunning hole-out eagle helping the former FedExCup champion to a tidy 7-under 65 in the opening round of the AT&T Pebble Beach Pro-Am.

Spieth tied his personal best score at Pebble Beach Golf Links on Thursday, matching the third-round 65 he shot in 2017 on his way to victory. The silky round comes hot off the heels of going close to breaking a near four-year win drought at last week’s Waste Management Phoenix Open.

The shot of the day came on the par-4 10th when Spieth took dead aim with a sand wedge from 113 yards. The ball bounced just short of the pin, hopped behind it, and then spun back into the cup. Spieth was sitting just two under at the turn and briefly headed to the wrong tee box on 10 just prior to the super shot.

“We played the pro-am from the U.S. Open (back) tee. So, I walked back from 9 thinking that was going to be one of the more difficult tee shots and then I saw the tee boxes were up, and so I kind of got a little juiced about that,” Spieth chuckled.

“It was a bonus for it to obviously go in. I saw it drop and then there were three people on the balcony of the house in the distance and a couple volunteers near the green where hands went up. It's still weird having a moment like that where you're used to kind of a loud roar and it's just so kind of calm and quiet.”

The moment catapulted Spieth towards a further three birdies over the closing five holes to leave him in a tie for fourth, just three shots behind Patrick Cantlay’s incredible 10-under 62.

Importantly, Spieth was able to go low without the need to make several long putts. With his climb back from swing troubles well documented, the Texan held the co-lead after 54 holes in Phoenix thanks to a Saturday 61, but that was off the back of making over 125-feet of putts. He faded on Sunday to finish fourth as his accuracy continued to be wayward, but the magic on the green diminished.

On Thursday at Pebble Beach, Spieth needed just shy of 62-feet of putts to drop and was happy to rely on a stock punch draw with his 4-iron off many tees. He hit 15 of 18 greens and gained over two strokes on the field in Strokes Gained: Approach.

“Maybe the best sign of good things to come of any stat,” Spieth said afterwards of his ability to score without a reliance on his flat stick. “Pebble presents a lot of precision and you have to really trust what you're doing. Early in that round you really have got to take advantage. I didn't try and go force those birdies. I just kind of tried to hit to the right spots early and kind of got settled into the round and then I was kind of rewarded on number 10 with a hole-out eagle just from playing the right style of golf before that.”

Spieth is looking for his first victory since the 2017 Open Championship.