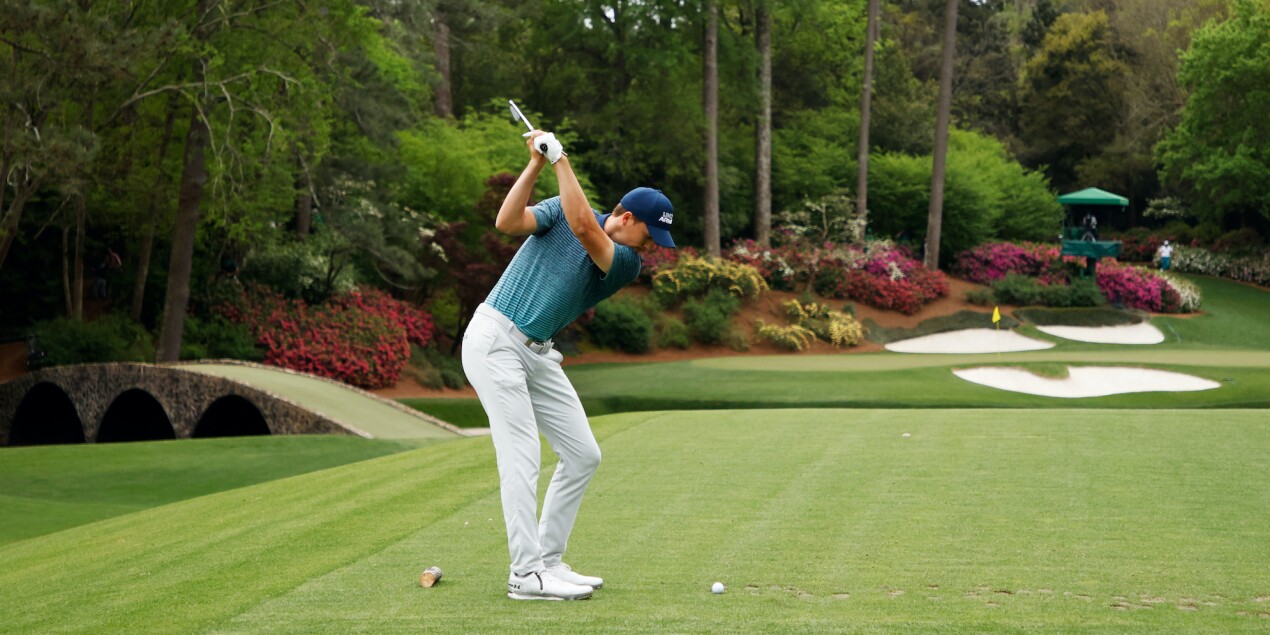 Q. Could you describe that round.

JORDAN SPIETH: Somewhat typical for me at the Masters, I guess. Some good golf, and then some fireworks on both ends. Yeah, I mean, I made really two bad swings off the tee on 9 and 13, got away with one of them and didn't with the other. Other than that, I struck the ball really, really well. I didn't putt particularly well, but all in all, I would have signed up for 1-under to start the round if I had 17 pars and a birdie. I thought the bounceback after 9 was the story of the day there for me to go 3-under on the back nine and obviously got very lucky on 15.

Q. What did you see for your second shot on 9?

JORDAN SPIETH: From here, not much, but from where I was, I saw that, if I just kind of kept it low to the ground, I just needed -- the tree that it hit, if I missed that tree, I thought worst case it's just going to hit some branches and kind of just go through. To be honest, I wasn't going to gain a whole lot versus punching straight out. I thought I'd gain 60, 70 yards and have a wedge into that pin, and that's why I made that decision.

But it's so tough when you're standing up looking into a tree as a right-hander and trying to miss it on the right side. I think that's why I just leaned it out to the right. Live and learn, I think. It's tough to swallow because, knowing the golf course is very difficult and I was 1-under par, punch it to the fairway, you make a bogey, you're at even par at the turn, that's a pretty good score. But unfortunately, I'm still in that like 18-under mode from last week and trying to capitalize on and gain every stroke I can.

Lucky, I've kind of gotten away with that and still in the tournament.

Q. When you made that turn and walked to the 10th tee, what were you thinking? What was your mentality as you walked onto the second nine?

JORDAN SPIETH: I was just reset a goal. I've got to try to hit three greens in regulation on 10, 11, 12, and from there we have got two par-5s. Let's try to shoot 2-under on the back. That would be a heck of a score and post even par. That was my goal.

Going to 10, there was a lot of people, all right, you can get that back, which is typical of someone to say. I just kind of -- like I've seen everything here. So once the ball found the fairway on 10, it was just now on this shot, what do I do?

I have a pretty short memory out here, especially in first rounds. So it's easier to settle in.

Q. You had a sheepish reaction with your third shot on 15. Did you think that was headed towards the water?

JORDAN SPIETH: Well, if it didn't hit the pin, it wasn't just going in the water. It might have gotten to the middle of the water. It got -- I hit a drive, and I hit a 6-iron over the green. I can't tell you the last time I hit a 6-iron into that hole. It sat down a little, a little squirrely lie. So, when I struck it, I don't normally bounce into it. I can normally hit a low kind of checker, and it bounced into it. I was just shocked by kind of the strike.

Then -- I mean, the idea is to hit it online, and that was very, very lucky. Probably the luckiest break I've ever gotten out here, if not anywhere, because that was at least a three-shot break. If it goes in the water, I'm redropping, and I've got to get up-and-down for it to be a three-shot break. So I'm up-and-down for a 6. If I don't get it up-and-down, it's a 7 or worse. As many shots as I hit that were a yard off earlier in the round, it was more than made up for there.

Flirting with disaster. ��@JordanSpieth chips in for eagle at the par-5 15th. pic.twitter.com/0ILjusiqeV