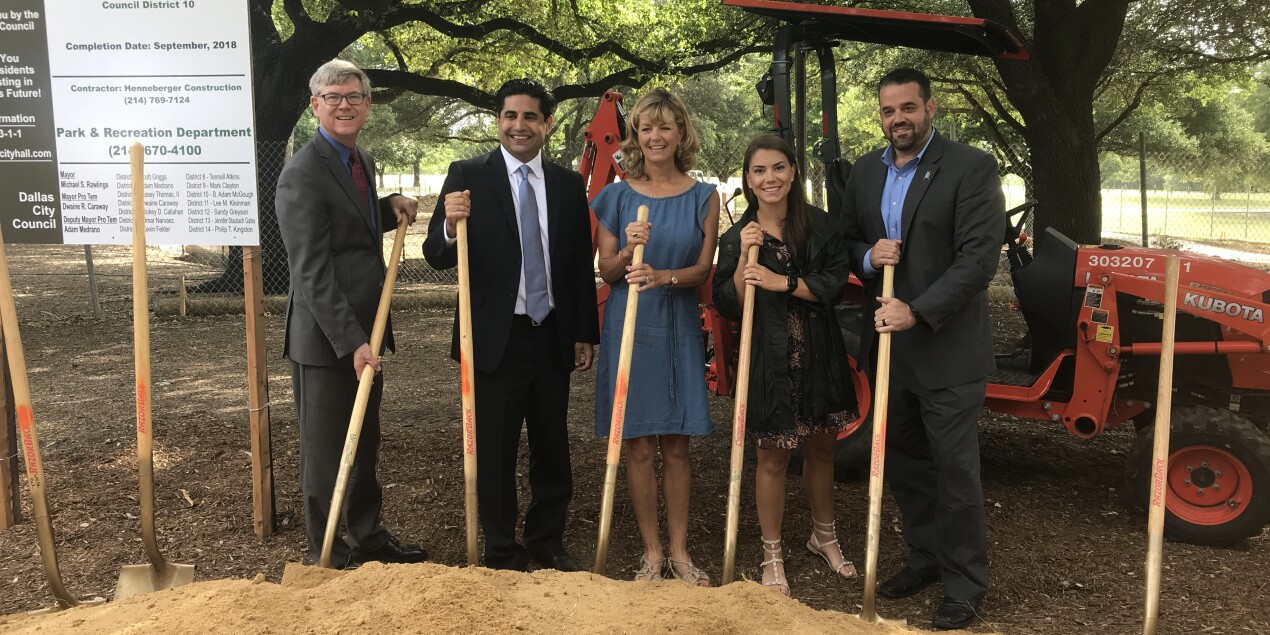 City of Dallas will break ground on a community supported “All-access” playground at Flag Pole Hill that will feature more than slides and swings. The layout of the playground, according to Dallas Park and Recreation officials, will consist of all-inclusive elements that will allow independent play for children and adults of all abilities.

“I am excited about this project because the Lake Highlands community truly came together for the benefit of ALL,” said McGough. “Jordan Spieth and his family foundation created the call, and our community really stepped up at answer that call. It is a huge honor that this playground will be associated with such a servant minded champion and that so many neighbors are the ones who contributed in order to make this happen.”

The Flag Pole Hill playground project is expected to be completed by mid-September at an approximate cost of $750,000.

Additionally, parts of the playground will be constructed beneath trees to provide shade on hot summer days. During numerous community meetings citizens overwhelmingly asked that the beautiful live oak trees be preserved, and the playground design does just that.

“The mosaic of different surfaces and textures enhances access for those with mobility issues and inspires children of different ages to play with each other, encouraging learning and cooperation, while at the same time being sensitive to preserving the live oaks,” said Stewart.

The Jordan Spieth Family Foundation (JSFF) offers a platform for the PGA Tour Player and 3-time Major Champion to lend time, help grow awareness and offer financial support to four philanthropic areas that mean a great deal to him and his family: youth with special needs, junior golf, military families and pediatric cancer. “The Foundation works alongside many community programs within our mission to help families however we can,” Spieth said.

This pillar is most personal for Jordan, as his younger sister Ellie has special needs. He added, “Hands down, Ellie is the best thing that ever happened to our family.”

A tangible grant to create something like the inclusive playground at Flag Pole Hill Park is an important symbol for the JSFF – it provides not only access to something unique for the families with special children, but also promotes the message of inclusion and togetherness for children of all abilities and all backgrounds. To see this come to fruition in Dallas, and so close to the Spieth’s childhood home, will be a very special moment for all involved.

The JSFF would like to thank the City of Dallas and other project partners for the dedication to seeing this playground become a reality!