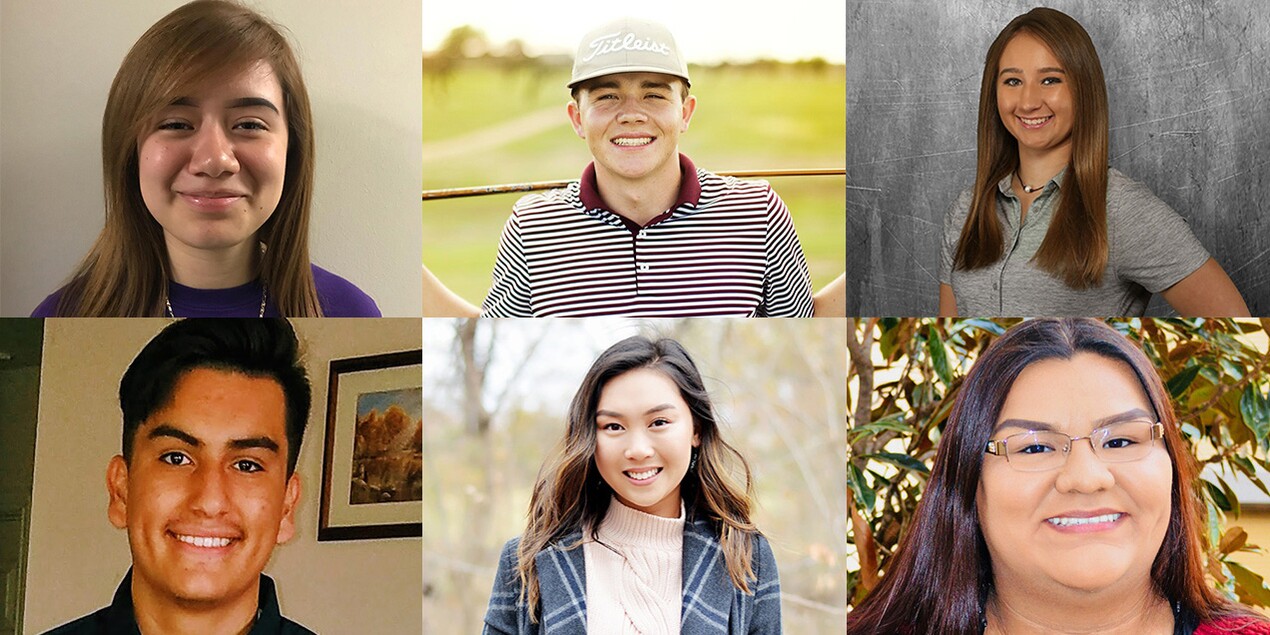 Three-time major champion Jordan Spieth and the Jordan Spieth Family Foundation, in conjunction with the Northern Texas PGA (NTPGA) Junior Golf Foundation, are pleased to announce a continued partnership to help grow the game of golf in North Texas.

The partnership is centered on growth initiatives for junior golfers in the Dallas/Fort Worth area, which include Drive, Chip and Putt local qualifiers conducted in North Texas and the summer golf camp program at Brookhaven Country Club.

In addition, the Jordan Spieth Family Foundation has embraced the Northern Texas PGA Junior Golf Foundation’s commitment to educational services by providing six scholarships for deserving youth to attend college later this year. Three of these scholarships were designated for students who participated in the NTPGA’s Fairway to Success After School Program that serves three schools in the DISD. In addition, three additional scholarships were designated for junior golfers who are members of the Northern Texas PGA Junior Golf Foundation. The scholarship winners were as follows:

Fairway to Success is such a unique junior golf program. It’s bringing the game to those without access and using it as an avenue for mentorship and education. It’s amazing to hear the stories of these young people and how FTS assists them on their journeys. We couldn’t be prouder to be providing FTS scholarships. Jordan Spieth

Additionally, Junior golfers that participate in a Drive, Chip and Putt qualifier this summer in North Texas who have never been a Member of the Northern Texas PGA Junior Golf Foundation will receive one free tournament on the NTPGA’s Junior Tour compliments of the Jordan Spieth Family Foundation. To learn more about Drive, Chip and Putt visit www.drivechipandputt.com. In addition, thanks to the Holly and Doug Brooks Family Foundation, these kids will also become a Northern Texas PGA Junior Golf Foundation member at no charge.

Also, junior golfers that participate in a full day or half day summer camp at Brookhaven Country Club who have never been a Member of the Northern Texas PGA Junior Golf Foundation will become a Junior Golf Foundation Member at no charge compliments of the Jordan Spieth Family Foundation. The camps are designed for kids ages 6-16 and are open to non-Brookhaven Members as well as Members. For more information on the camps, visit www.brookhavengolfacademy.com. Camps run through August 10.

“Drive Chip and Putt is one of the most exciting initiatives in the game right now,” Spieth said. “The first time I saw the competition in Augusta, I knew I wanted to support this platform and there’s no better way than supporting North Texas junior golfers specifically. This grant is very important to myself and our Foundation.”

“Growing the game through kids is our Foundation’s top priority. Programs like Drive, Chip and Putt and Summer Camps as well as several other initiatives are all wonderful ‘on ramps’ to the NTPGA’s Junior Golf Highway. They are perfect for kids who want to get started playing. We are truly honored to partner with Jordan on these initiatives as he learned how to compete on our Junior Tour more than a decade ago. He remains so grounded and he genuinely cares about kids, giving back and growing the game,” said Mark Harrison, Executive Director / CEO of the Northern Texas PGA.

For more information on this growth of the game initiative and partnership with the Jordan Spieth Family Foundation, please contact the Northern Texas PGA Junior Golf Foundation at 214-420-7421.

The Jordan Spieth Family Foundation and the Northern Texas PGA Junior Golf Foundation logos are attached. In addition, a photo from Jordan’s Brookhaven Summer Golf Camp in 2002 is attached. Jordan is third from the right in the front row. 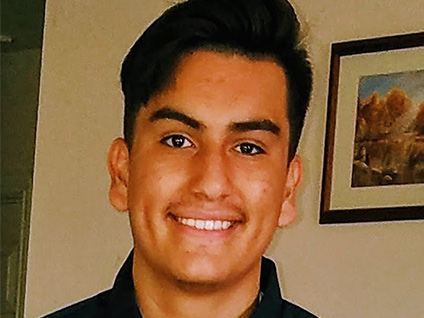 Omar Arriaga is a 2018 graduate ofW.W. Samuell High School where he was co-captain of the varsity golf team, vice president of the National Honor Society and a member of the band. Throughout high school he also found ways to give back to his community, serving as a volunteer with the school and as a volunteer student leader with the King of Glory Assembly of God. This fall, he will attend Texas A&M University. 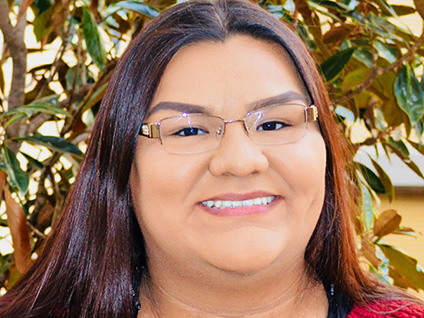 Jalen Gonzales is a 2018 graduate of W.W. Samuell High School where she was a member of the varsity golf team, the softball team, and served as treasurer for the student council. Throughout high school she also served as a host for early college recruitment, helping with interviews and presentations. This fall, she will attend University of North Texas. 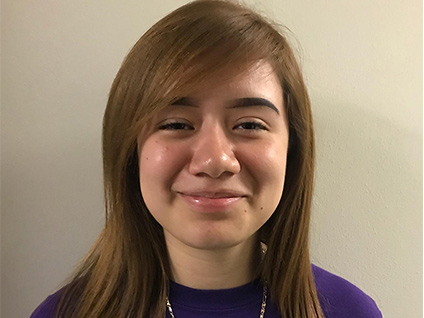 Naila Lopez is a 2018 graduate of Lincoln High School where she played golf and was a member of the JROTC, National Honor Society and Geo Club. She was also accepted into Lincoln's Health Prep Program, where she was able to learn about different medical fields for five weeks during the school year. This fall, she will attend University of North Texas at Dallas with the hopes of graduating with a double major in Accounting and Nursing. 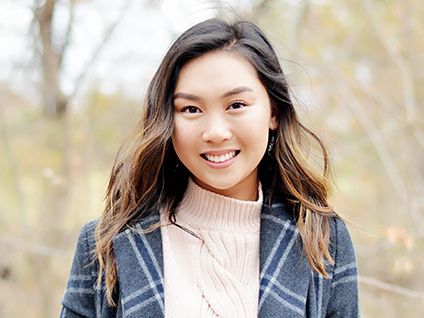 Phoebe Yuan is a 2018 graduate of Allen High School, where she was a member of the varsity golf team, serving as a captain her senior year, and qualified for state three times. She was also a founding member of the Astronomy Club. Phoebe has given back to the community through a variety of service projects, including serving as a classroom assistant for the 2nd grade at Stonebriar Community Church and a volunteer for Allen High School junior golf camps. She has been an NTPGA Junior Tour member since 2007. In the fall, she will attend The College of William and Mary in Williamsburg, Virginia where she will play collegiate golf while pursuing her degree. 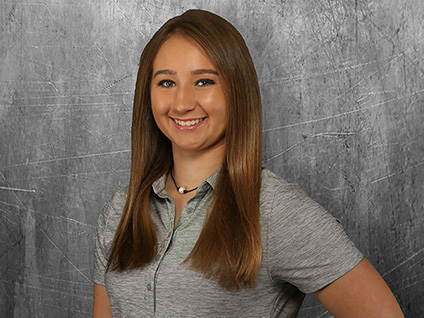 Lauren Wallace is a 2018 graduate of Timber Creek High School. During her time at Timber Creek, she was a member of the varsity golf team, varsity soccer team, National Honor Society, Future Farmers of America and varsity choir all while achieving a 4.0 GPA. Throughout high school she was also a goalkeeper for Select Club FC, an associate and referee at Blue Sky Soccer Complex and a volunteer at Triple Cross Cowboy Church, which allowed her to take part in several mission trips. In the fall, Lauren will be attending Southwestern Christian University in Bethany, Oklahoma. 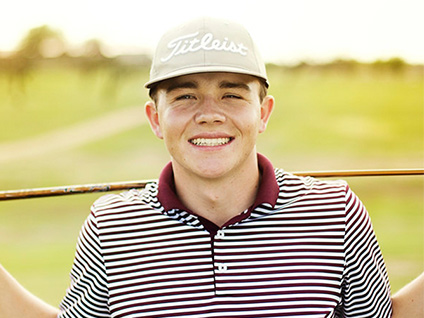 Ranger Donnell is a 2018 graduate of Seymour High School, where he was a member of the varsity golf team, serving as a captain during his senior year. He was also a member of National Honor Society, Student Council and Spanish Club. Ranger has also been involved with 4-H since 2009 and has served in several leadership positions, including secretary and vice president of the Senior Ambassador Club during the 2017-18 school year. Ranger has been a member of the NTPGA Junior Tour since 2014. In the fall, he will be attending Hardin-Simmons University.