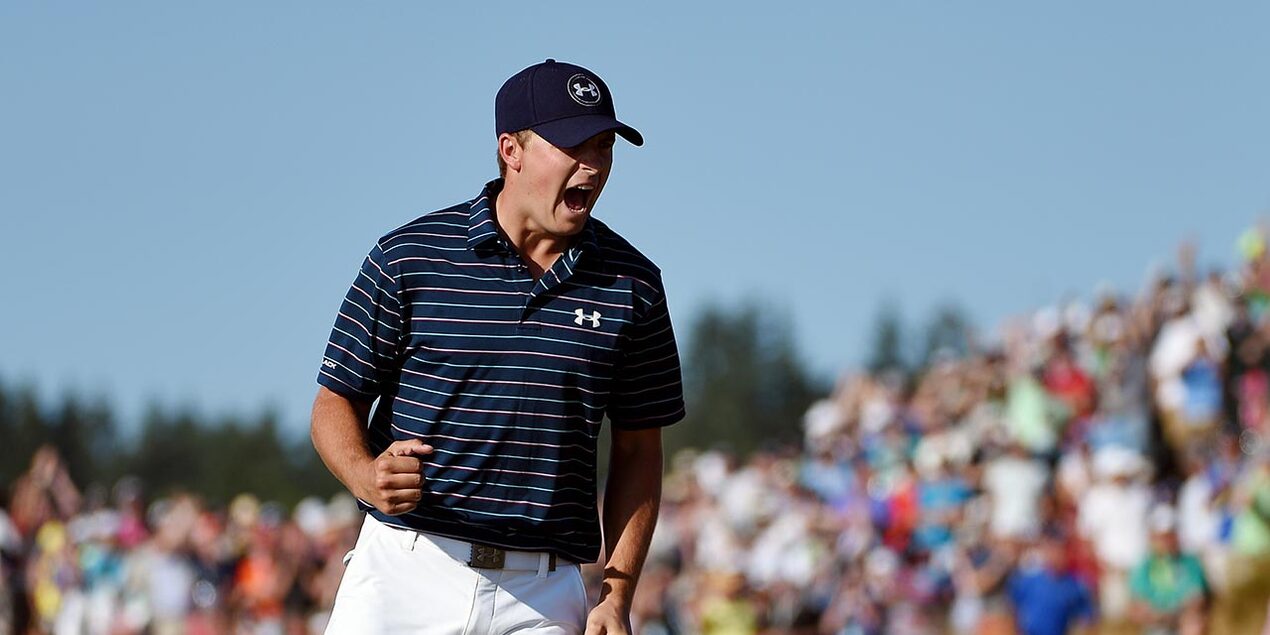 I love Thanksgiving, but some of the holiday's traditions can be too much. Cranberry sauce and green bean casserole taking up valuable table space. Your black sheep uncle trying to sell a "can't miss" business opportunity. The staged Salvation Army-Jerry Jones photo-op that makes you lose faith in humanity. (Because when caring, sensitive souls come to mind, I think Jerry Jones.)

It's incredible to win a major championship. You only get four majors a year and to have an opportunity to win any of them is an great honor. It's been a goal of mine to win the U.S. Open since I was young and it was unbelievable to achieve that in front of my family at Chambers Bay. Jordan Spieth

Luckily, Jordan Spieth and Jon Hamm are here to give you an entertainment respite.

Following the Detroit Lions vs. Philadelphia Eagles game, FOX will run a one-hour special on the 2015 U.S. Open. Titled "Spieth’s Northwest Conquest," the show will capture never-before-seen footage, coupled with the tournament's broadcast, to paint a picture of the Texan's triumph at Chambers Bay.

Hamm, best known for his Don Draper role in Mad Men, will narrate the piece.

So just in case you didn't get your fill of masochism watching the Lions, you can relive Dustin Johnson's three-putt on the 72nd hole. Fun times!

Get the Latest From Golf Digest