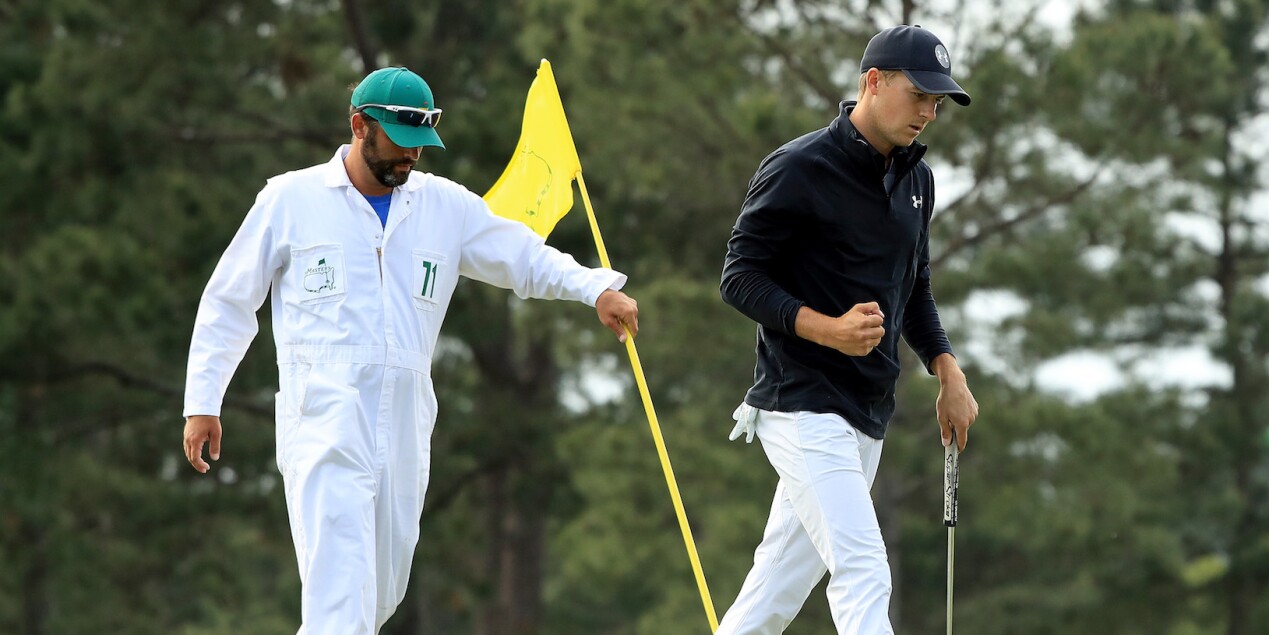 The drive down Magnolia Lane is shorter than a lot of tee shots on tour. Straighter, too. Just 330 yards long and barely wide enough for two-way traffic, it’s lined with 122 of the aforementioned trees—61 on each side—their branches forming a transportive arch over the paved drive that carries you away from busy Washington Road, past the unassuming white brick guardhouse, up to the quintessentially southern clubhouse of Augusta National and to another time and place. It’s a journey that’s aspirational for many but can also be inspirational for some.

At least that’s how it is for Jordan Spieth.

“It’s normally Monday for me when I get there,” the 27-year-old Texan said of the Masters. “For me it’s like, It’s go time. Almost regardless of form, regardless of if you just won or if you’ve missed the previous cut, it really makes no difference to me in my confidence level when I pull into Magnolia Lane.”

It helps, of course, to own a green jacket. Spieth does, having acquired his as a rosy-cheeked 21-year-old in his second start at Augusta National in 2015.

It’s even better to have done so with a virtuoso performance—an opening 64 in just his fifth career tournament round and a slew of records that followed, including setting the 36-hole and 54-hole scoring marks before tying Tiger Woods’ then-record 72-hole total of 18-under 270, a mark that was eclipsed by two by Dustin Johnson last November.

But Spieth’s seminal moment is not his only memorable one at Augusta National. In seven Masters appearances, he has three additional finishes in the top three, sandwiched around a T-11 in 2017, and he has never missed the cut. In his first five starts, he recorded rounds of 66 or lower five times, which is as many as Tiger Woods (three) and Jack Nicklaus (two) combined for in their first five Masters. Spieth also had at least a share of the lead after nine of those first 20 rounds and his scoring average of 70.05 during that span was the lowest in tournament history among players with at least 20 rounds.

“It’s just such a unique golf course in that it’s a lot of shot-making versus what you get in a lot of other places,” the former World No. 1 said. “And then the greens require just so much imagination, it almost just feels like a totally different game sometimes there. I’ve had chances to win after missing the cut in the previous week, like I think in ’14 and ’16, and I’ve come in off of a couple seconds and played well as well.”

So why is it that Spieth owns such a sparkling record at Augusta National, one that will make him a favorite once again this year?

Metaphysically speaking, there is the venue and the tournament, which he calls his favorite. The crowds, the beauty, the history. It’s the only major contested on the same course every year.

Given that, Spieth (along with every player of a certain age) pulls from a rich collection of recent memories to draw upon, from Tiger Woods’ chip-in on 16 in 2005, to Phil Mickelson holing a bunker shot for eagle on 15 a decade later, to his own long and often spectacular highlight reel, which includes coming within one shot of matching the course record with a final-round 64 on his way to a third-place finish in 2018. 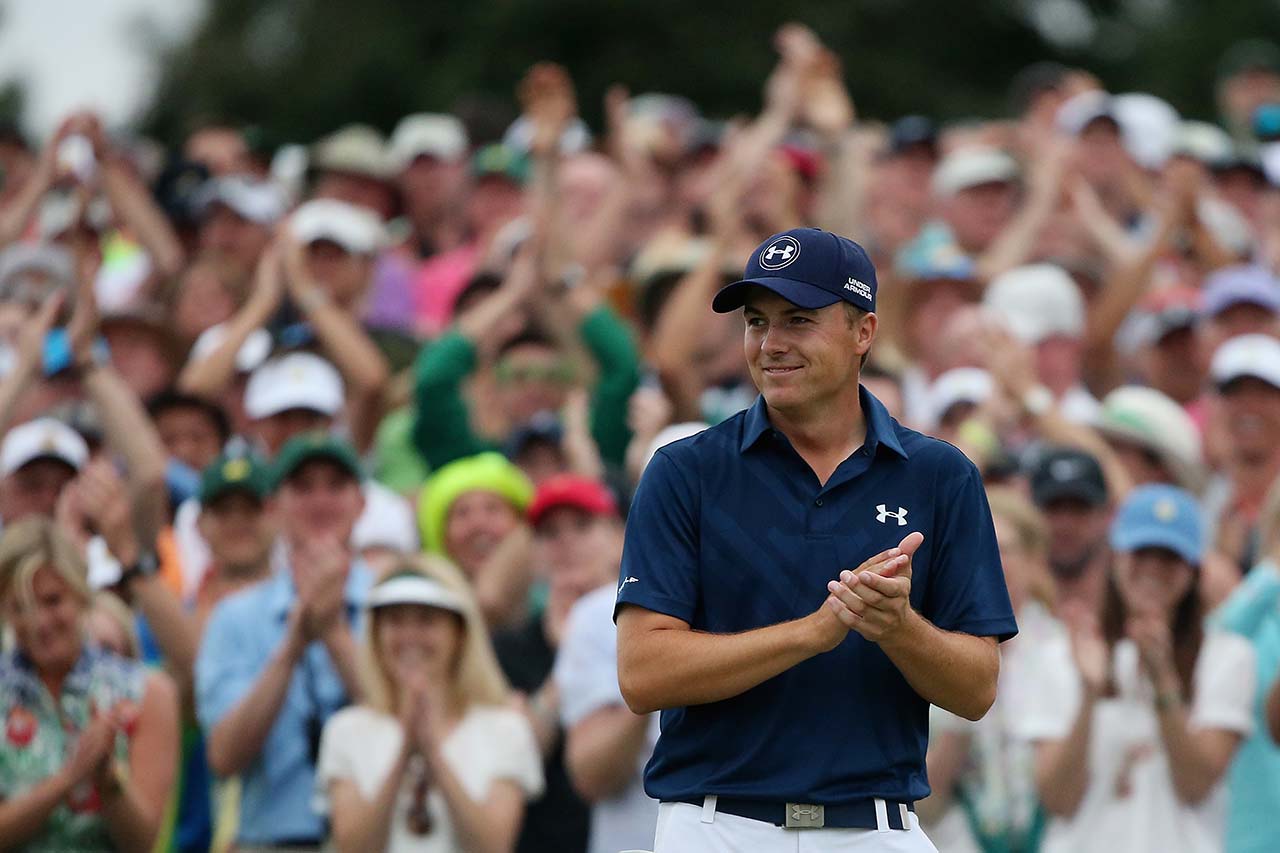 More importantly, the course itself is one that appears to suit Spieth’s game very well, starting with his ability to work the ball.

While par 3s such as Nos. 4, 6 and 12 set up well for lefties who fade the ball and therefore can avoid serious trouble on those holes, many more—Nos. 2, 5, 9, 10, 13, and 14—favor a right-to-left shape off the tee, something Spieth does well. As one example, his three-under total on the 10th for the week in 2015 tied for the best performance on the hole in tournament history.

“I think the biggest thing is he’s very comfortable curving his ball from right to left,” said Andy North, a two-time U.S. Open champion and ESPN analyst. “He’s not one of the longer guys there, so being able to curve it is helpful.”

The same is true of his iron play off the uneven fairways of Augusta National, where many an approach calls for a fade from a right-handed swinging player. Spieth’s chicken-wing move into the ball benefits him tremendously, allowing him to carve his ball toward the flag as good as pretty much anybody.

“You think about how many times you have a ball above your feet or a hook lie, and if you have a draw, you’ll slam that club into the hill and get a surprise pull left,” said former tour player and current NBC/Golf Channel analyst Brandel Chamblee. “But if you’re cutting across it, you get no surprise. You hit high soft cuts into the greens and you can always sort of—the ball’s general working left to right on greens that are sloped from front to back. And they stop quicker and more often than not they end up underneath the hole.”

The closer Spieth’s ball gets to the hole, his chances of a good number increase exponentially, too. Only twice in his career has he ranked outside the top 35 on tour in strokes gained/around-the-green and just barely so. Twice, he ranked in the top 10.