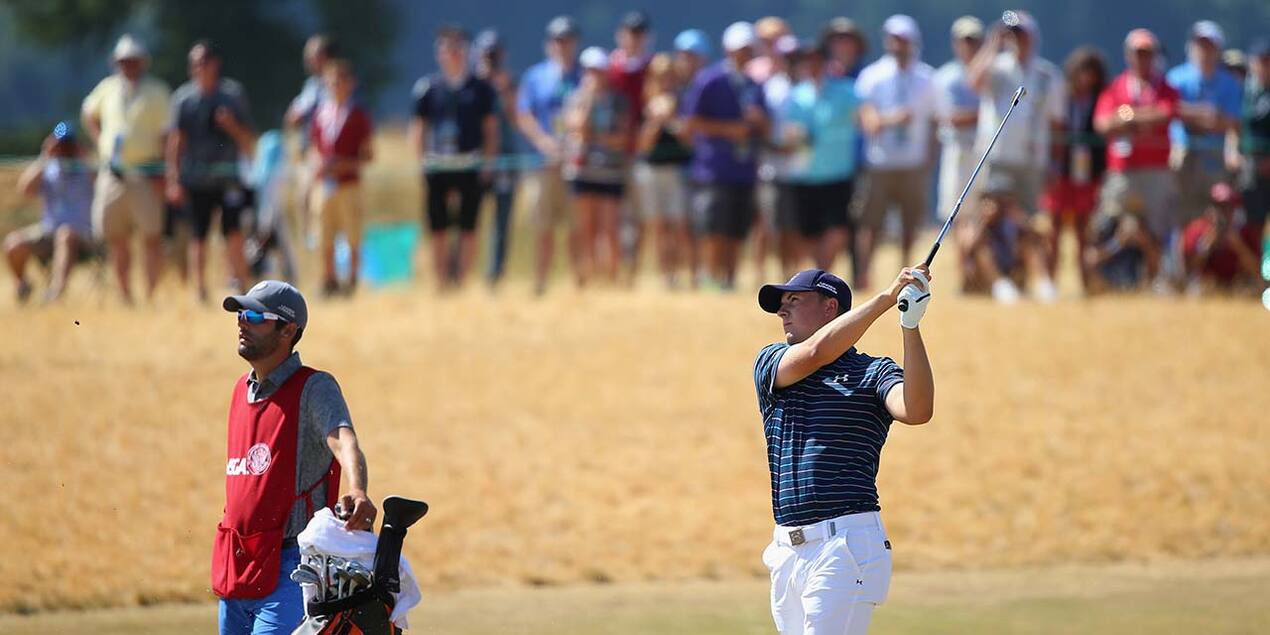 John and Janeo Greller stood on the outskirts of Chambers Bay Golf Course in the Sunday twilight, holding hands. John goes by "Bear," but despite the tough-guy nickname, he's one of those men you'd call an old softie, evidenced at this moment by the tears welling up in his eyes. A quintessential matriarch, Janeo couldn't stop smiling if she tried, surrounded by their children and grandchildren and other family friends, all smiling along with her.

They're good people, the Grellers, former teachers from the Midwest who are as affable as they are warmhearted. They're the type of people who could attend a golf tournament and walk through the gallery turning strangers into new friends.

Though, they weren't supposed to be at this tournament.

This week's U.S. Open Championship featured steep, rolling hills covered by wispy strands of fescue. Walking the golf course was an arduous task for even the most physically fit spectators. It would be damned near impossible for the Grellers.

Bear is suffering from Parkinson's disease, forcing him to walk, slowly, with a cane. He's also undergone two kidney transplants and has lived with Type 1 diabetes for the past 41 years. They knew those ailments would be no match for the treacherous Chambers Bay terrain.

Not that they didn't want to attend. After all, this wasn't just any golf course. This is where Michael, one of their four children, started caddying eight years ago. That first day, he was enlisted with the task of looping nine holes for a friend. The friend reported back to the caddie-master that Michael had performed admirably, and just like that, he had a side job, carrying the bag for amateurs who hacked away on the course during his summer months away from teaching sixth grade.

From there, the story has quickly become golf legend.