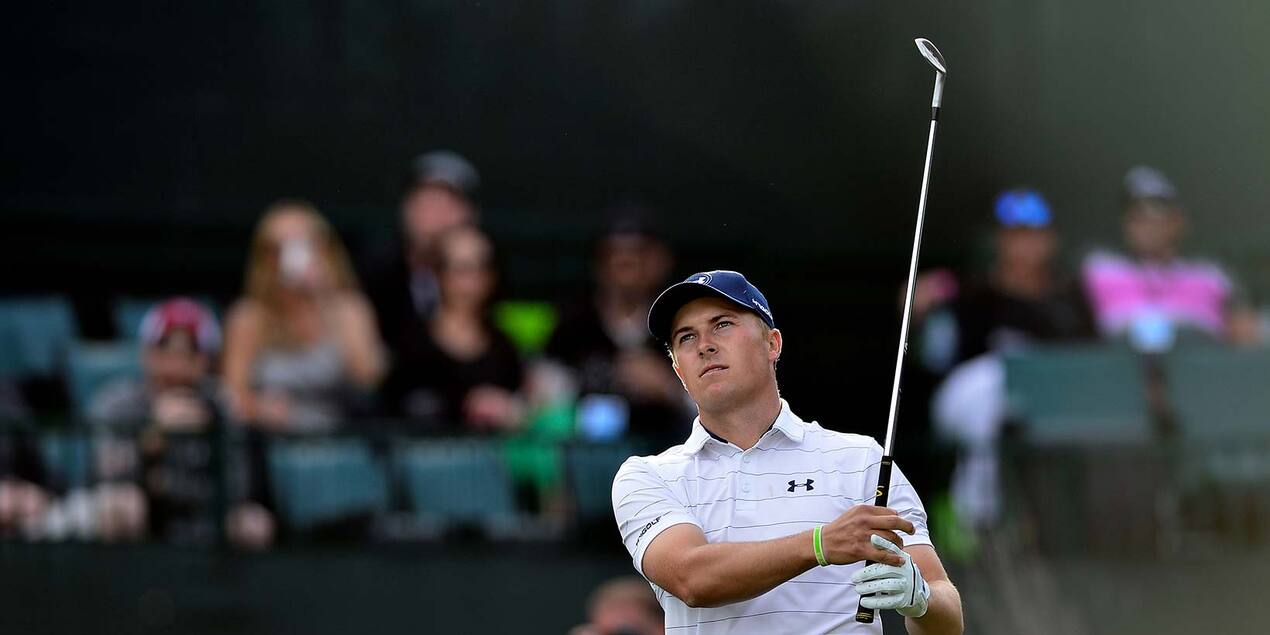 Jordan Spieth is finding his voice.

Spieth came to the interview room Wednesday at Pebble Beach. This seems like an annual ritual, as Spieth prepares to play in his fifth AT&T Pro-Am. He exudes poise, looks reporters in the eye and balances every boilerplate answer with a splash of personality.

Then you remember, Spieth is only 23.

Not falling into complacency, just not being satisfied. You can't be satisfied and stay there. There's just too many guys that are too good right behind that are not there that are just trying to work so hard to get there. I probably am working, I have probably been working harder at my game this year from the new year on than I did through those periods in 2015. Jordan on the challenges of the #1 ranking

Spieth also brings a fresh, wise-to-the-world layer he lacked as a 19-year-old making his AT&T debut four years ago. This allowed him to confront some “professional” autograph seekers Wednesday, responding testily when they shouted at him after he didn’t sign for them.

So this well-mannered Southern gentleman isn’t afraid to show an edge. Good for him.

Spieth is easy to like. He’s not at all full of himself. He’s smart, without needing to remind others of his intelligence. He seems to genuinely enjoy his place in the galaxy, playing golf for a living at world-class courses.

Even when he peers confidently at the season ahead, it doesn’t sound like boasting. His words come off as authentic and realistic.

“That kind of play can be the normal for me, because I’ve seen it before,” he said of his spectacular 2015 season. “It can happen again.”

Read the Full Article at the San Francisco Chronicle