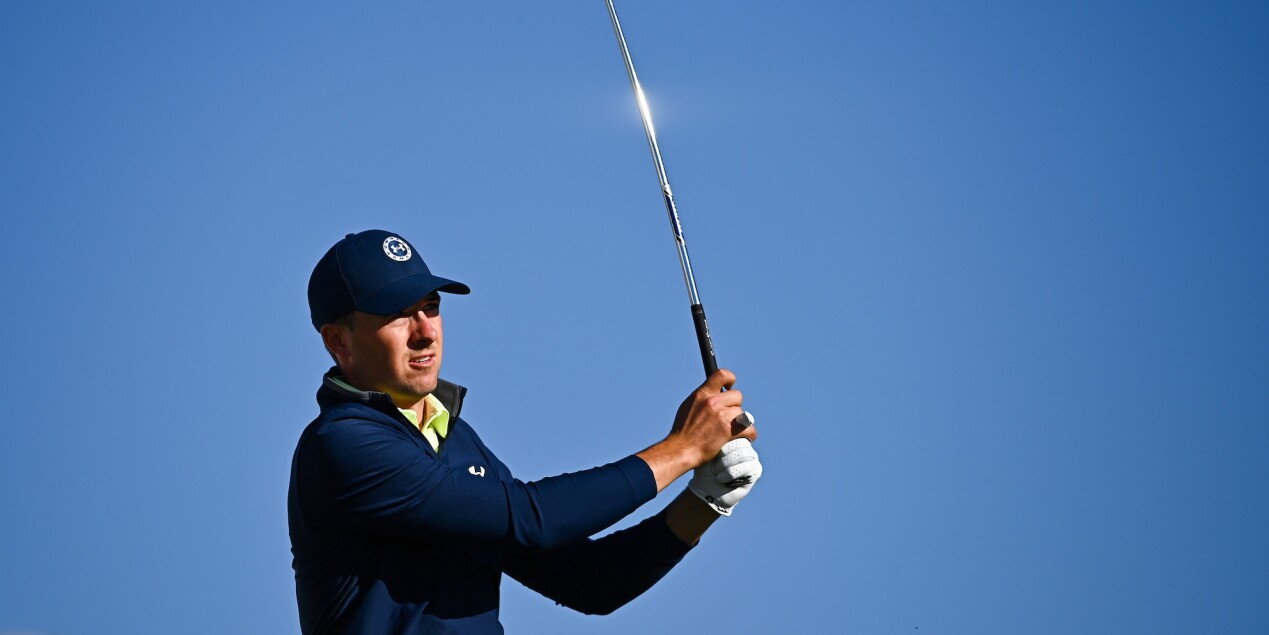 Jordan Spieth stood in the middle of the fairway at the par-5 sixth hole in Friday’s second round of the CJ Cup at The Summit. He was 288 yards from the pin with the wind in his face, a small lake to the right of the green and nasty desert populated with loads of rocks to the left of the putting surface.

Spieth pulled 3-wood from the bag.

“It was funny, after I hit the shot I walked over to Michael (Greller, his caddie) and I’m laughing at how I had no chance hitting that shot at this tournament last year if it we’re here,” Spieth said.

The ball never left the flagstick and wound up 14 feet away.

“So progress is made to step up and trust it into the wind,” Spieth said. “It was 280 yards into the breeze, you’re at altitude, but I needed to hit a striped 3‑wood. And it was a cool shot kind of for me personally because that’s one, especially with a 3‑wood into the wind, that I really struggled with.”

It was the best shot of the 65 he took in the second round. He made the 14-footer for eagle and added seven birdies to offset three bogeys. With rounds of 66-65. Spieth moved into a tie for second at 13 under through 36 holes, five shots behind pace-setter Keith Mitchell.

The 3-wood was the latest example of Spieth’s resurgence the past year. He had gone nearly four years since winning his 11th PGA Tour title and third major at the 2017 British Open. The former world No. 1 fell to 92nd in the world last January, his lowest rank since winning his first Tour title in 2013.