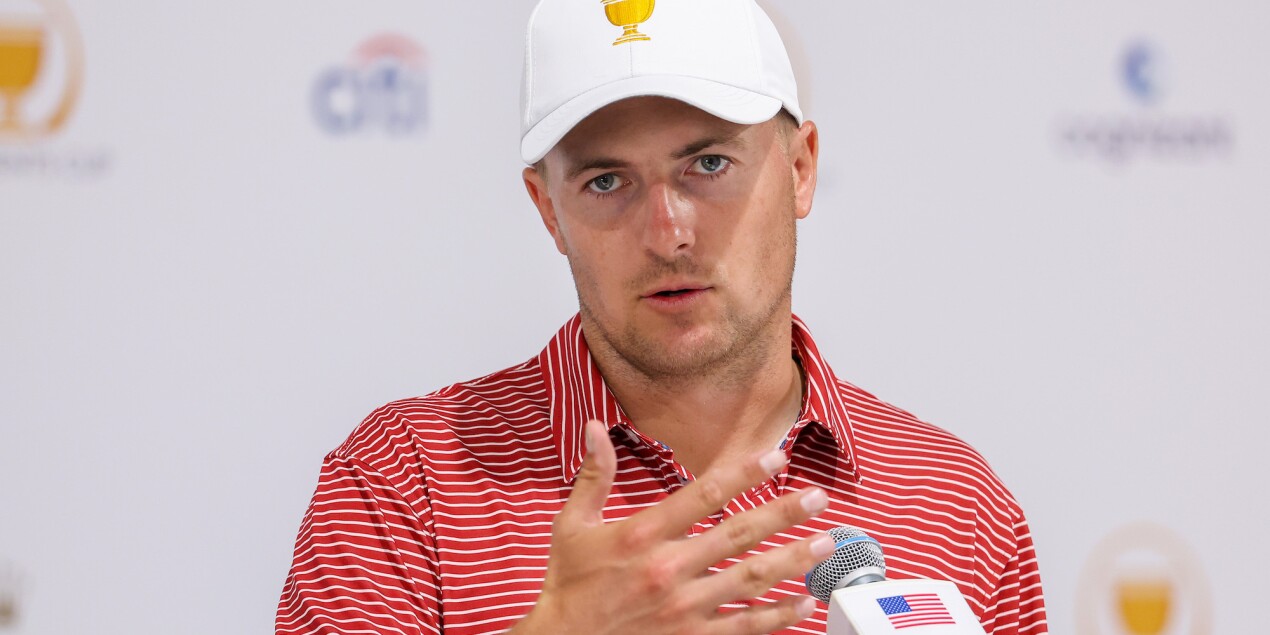 CHARLOTTE, N.C. – Kevin Chappell remembers being as nervous as he’s ever been as a Presidents Cup rookie in 2017. He cherished the chance to develop a more intimate relationship with his fellow teammates in the team room and learn what makes them tick.

“One thing I’ll always remember from that week is Jordan Spieth is the most mature person in every room he’s in, or at least that week he was,” Chappell said. “When he was talking, everybody was listening and taking notes. That’s something I could really pull from. His insight and demeanor is second to none. The guy was just unfazed.”

Spieth will be the first to say that wasn’t the case as a Presidents Cup rookie in 2013 at Muirfield Village.

Steve Stricker, his partner when Spieth made his debut representing Team USA in the pro ranks, carried Spieth, who was out of several holes, for the first nine holes. “Steve came up to me and said, ‘When are you finally going to start playing?’” Spieth recalled.

Moments such as that broke the tension, and Spieth has quickly established himself as the backbone of America’s side.

“I’ll never forget Jordan in 2013 bopping into the team room on Monday with shorts and a T-shirt on and started throwing ping pong balls around. And my wife Robin said, ‘Who is that kid?’ I go, ‘That’s the future of our team right there,’ and he has been,” said U.S. captain Davis Love III. “In 2017, Steve Stricker had a little team meeting every night, and Jordan jumped up – I think it was either Tuesday or Wednesday – and he said, ‘Hey, hey, this has been real fun celebrating.’ I think Justin had just won the FedEx Cup, and we had a big time riding the boats in New York. And he goes, ‘Hey, whoa, whoa, whoa. It’s going to be windy tomorrow. We’ve got to get ready. This is going to be a tough match.’ From then on, guys have seen him kind of as a leader. We had some little meetings last night. He’s a very smart guy. He’s a very confident guy. And that’s what we need is guys to step up.