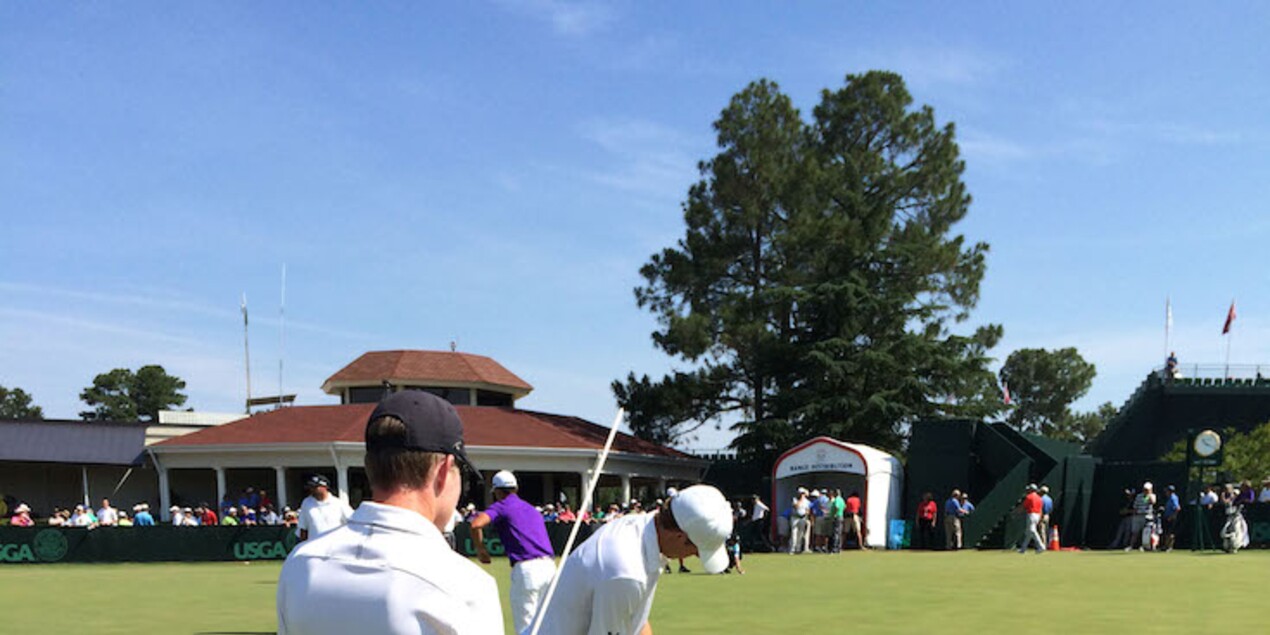 Ranked 10th in the world going into the 114th US Open, 20 year-old Jordan Spieth has a game that belies his age. Aside from his attitude and poise, you could argue that putting is the strength of his game. Although he’s ranked 7th in the most important statistic on Tour (Scoring Average), his highest ranking in any individual category is 29th (Strokes Gained - Putting).

Jordan has been blessed with immense talent and athleticism, but he also boasts an incredible work ethic and mature approach to practice. TPI recently asked me to share a bit about Jordan’s practice routine. Below is a description of a putting drill that I implemented just last month.

I have Jordan find two holes that are a good distance apart, maybe 40 feet. He places a club or stick 3 feet past the back edge of both holes. This is the safety zone that all putts must finish in (if they don’t go in the hole). He starts the drill by putting 10 feet from one hole, which means he has a 30-foot putt to the second hole in this example.

Read the Full Article at MyTPI.Com