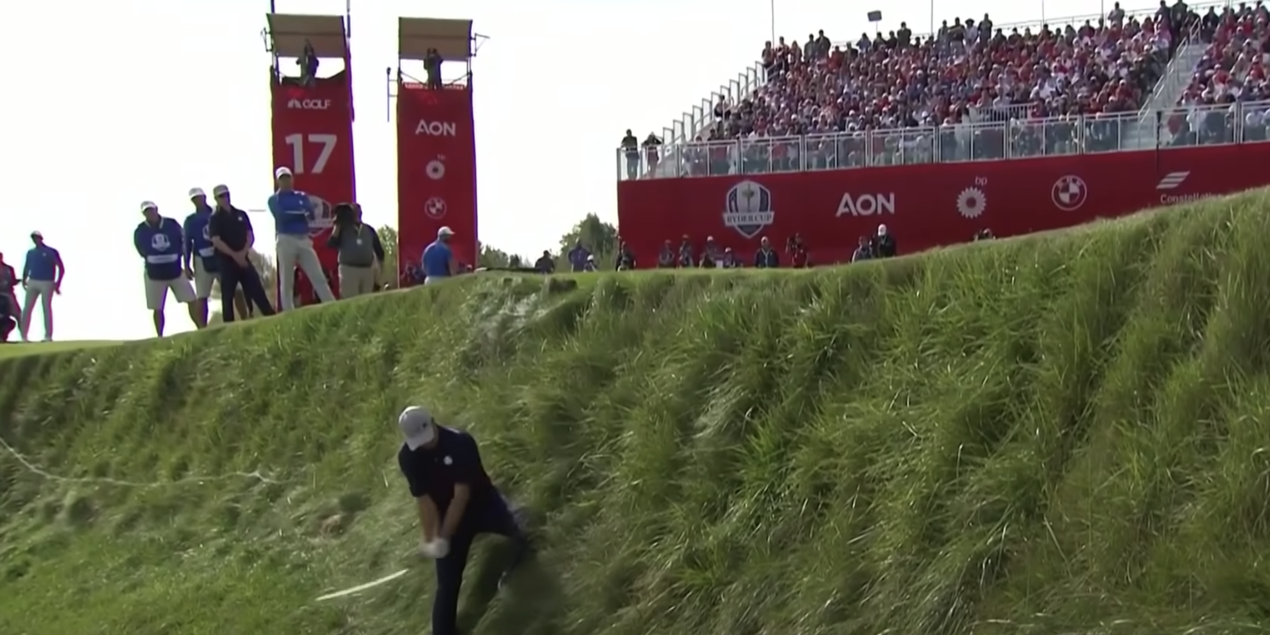 Unfortunately, it will go down as a meaningless shot, but that doesn't make what Jordan Spieth did at Whistling Straits' par-3 17th on Friday in the opening session of the Ryder Cup any less heroic.

Trailing 2 down with two to play against Jon Rahm and Sergio Garcia, Spieth's partner, Justin Thomas, left him with a daunting recovery shot from left of the green. Thomas' tee shot caromed off a huge mound right of the green, immediately darting left, rolling off the green and coming to rest on the side of a wall of high grass.

As Spieth addressed the ball, there appeared to be a legitimate chance of it going backwards into Lake Michigan after impact. Spieth was the one who ended up going backwards, however, nearly falling into the lake himself. His ball? It ended up about eight feet from the cup, causing the crowd to go absolutely bananas: