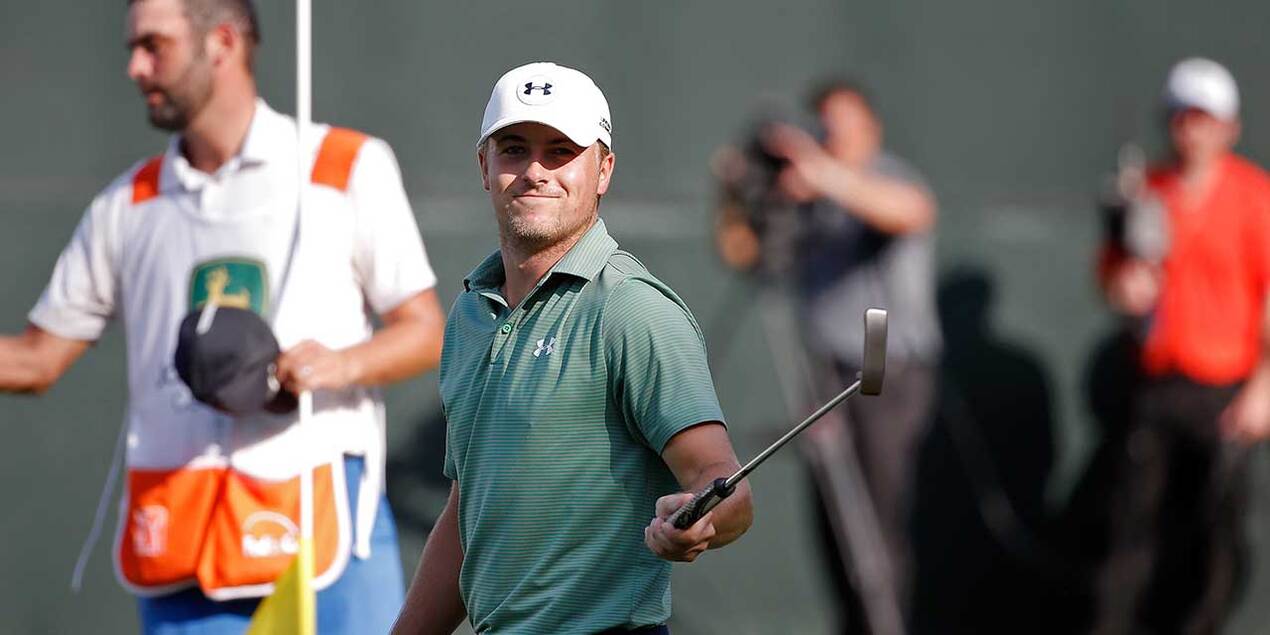 In the end, Spieth got exactly what he was looking for from the John Deere Classic: a win and some positive energy ahead of The Open Championship.

Spieth beat Tom Gillis on the second hole of a playoff to win at TPC Deere Run on Sunday for his fourth victory of the season.

Gillis and Spieth, who opened the tournament with an even-par 71, finished the final round at 20-under 264. Zach Johnson and Danny Lee tied for third at 19 under.

"To be able to shoot 20-under in three rounds is nice momentum," Spieth said. "The finish, when I really didn't feel like tee to green I had much (Sunday), gives me a lot of momentum to draw on if I don't have my best stuff. "

The 46-year-old Gillis, who was attempting to become the oldest first-time winner on the PGA TOUR in 20 years, sent an approach into the water. Spieth made par for his second win at this tournament in three years.

Spieth is the first golfer to win four times before The Open since Tiger Woods in 2000 -- and he silenced many of the critics who questioned why he played this tournament instead of heading overseas early to prepare for the Old Course.

"I really didn't care anyways. I came here for a reason, and we accomplished that reason," Spieth said.

After shooting a career-best 10 under on Saturday, Spieth entered the final round with a two-shot lead.

But the field caught up to Spieth when he turned in a pedestrian front nine.

Spieth bogeyed two of his first three holes and was soon passed by the likes of Gillis and Johnson. Spieth was even at the turn and two shots back of Gillis, who in 171 previous PGA TOUR starts had only finished in the top three twice.

Spieth's low point was a bogey on the par-4 11th hole after a putt from the fringe went left.

But Gillis played his final six holes at even par. Spieth roared back into contention with four birdies in five holes, including a 21-foot chip from the fringe on No. 16.

Spieth had a 30-foot putt for the win on No. 18, but he pushed it left. He nearly won on the first hole of the playoff, but his 33-foot try lipped out.

Even though Spieth ultimately outlasted the field, he knows he has some work to do -- specifically with his driver, which abandoned him at times this weekend -- if he hopes to make it three majors in a row.

"I need to fine tune my driver. I love where my putter is at. My pace control, my speed is awesome right now," Spieth said.

Gillis matched Spieth with a par on the first hole in sudden death. But a tee shot that went into the rough led to a shot in the water, effectively ending his bid for an elusive victory.

Gillis shot a 7-under 64 in the final round.

"When you're going to be 47, the window is closing," Gillis said. "What I saw (Sunday) and the last three days, I'd have to say makes me think I've still got some tread on the tires left."