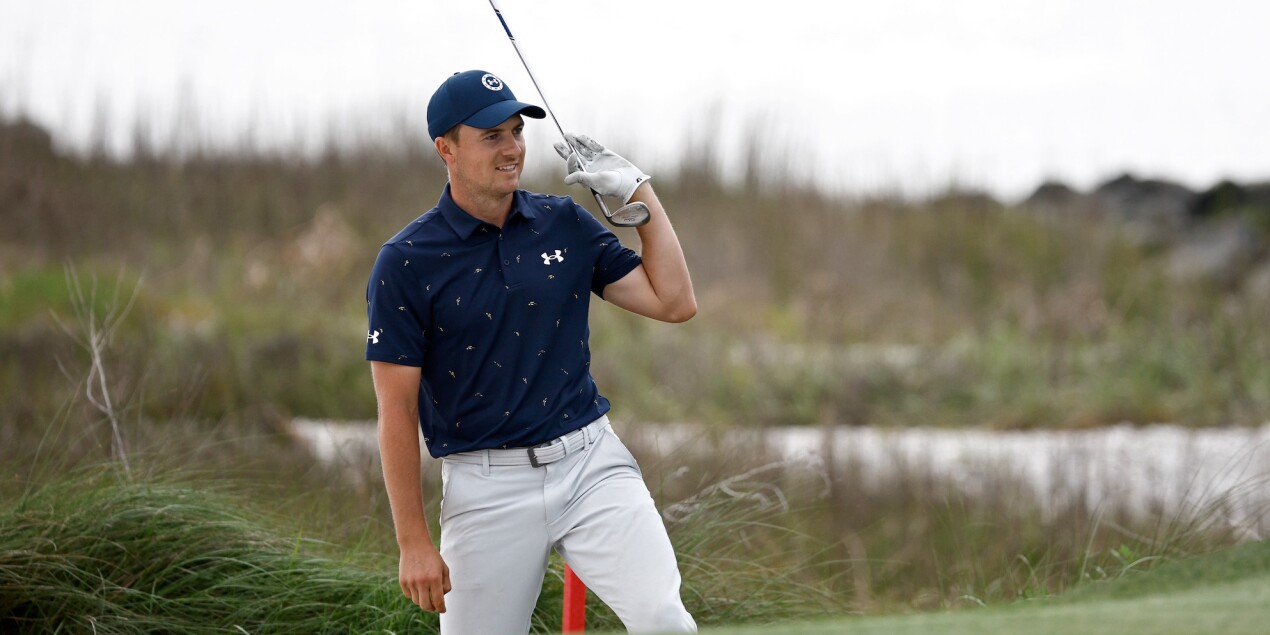 s he sat inside the modest office-turned-trophy room of his Dallas home that on Wednesday afternoon doubled as an interview area, Jordan Spieth reluctantly panned his webcam over to the display just offscreen.

“That’s the major area, FedExCup and majors,” said Spieth, who was appearing on Golf Today.

Fresh off his victory Sunday at the RBC Heritage, Spieth has injected life back into his own career Grand Slam discussion. Prior to topping Patrick Cantlay in a playoff at Harbour Town, Spieth had missed the cut at the Masters for the first time and was mired in a career-worst putting slump. Then he went out and won, his first title since the previous Easter in San Antonio.

While his putting and swing remain works in progress, Spieth says, his closing 66 in Hilton Head, which was highlighted by two eagles and a clutch 10-foot birdie make at the last, can’t be understated.

“I believe in myself as somebody who when he needs to make the putt, will make the putt,” Spieth said. “Eighteenth hole, I had to can a 10-footer there that I knew was likely to be in a playoff. I wanted to just read it with all the confidence in the world and say this is like me, I want to be in this position, this is why I’m here. I didn’t let anything else creep into my head as I stood over that putt.

“It’s amazing what confidence does in putting.”

Spieth agrees that his recent putting woes – he ranked 180th in strokes gained before the Heritage – can partly be attributed to “neglect” as he still tries to completely groove some swing changes and make them “innate.” But he also contends that he’s not played too many courses yet where, historically, he feels most comfortable.

As for Southern Hills, which combines Bermudagrass surfaces with windy conditions, Spieth, the native Texan and standout Longhorn likely won’t feel out of place.

“There’s a chance that that could be a good opportunity for me for sure,” said Spieth, who has been trying to complete his career Grand Slam at the PGA ever since winning the 2017 Open at Royal Birkdale. “I’m very excited about that.”