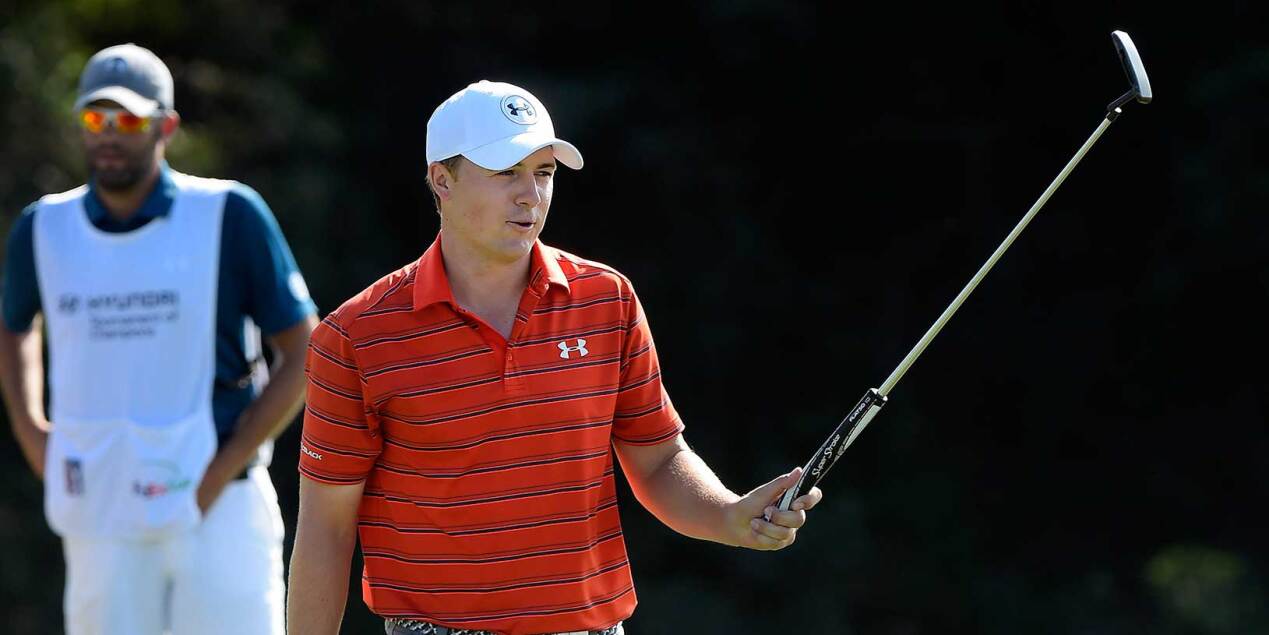 Jordan Spieth is aware of the scoring record at Kapalua, and that's what he plans to pursue in the final round of the Hyundai Tournament of Champions.

Not because he cares that much about records.

With the standard of golf played Saturday, it might be what it takes to assure another victory for the world's No. 1 player.

Spieth put it all together on the back nine with a 46-foot birdie putt, two chips that showed why he's among the best with a wedge in his hand, and a 3-iron that grazed the cup and set up a 10-foot eagle on the final hole. It added to an 8-under 65 and a five-shot lead over Brooks Koepka.

And his work is not over.

Koepka, playing for only the second time in nearly three months and his first tournament since switching to Nike, failed to birdie the two easiest holes on the Plantation Course and still had a career-best 63. That at least got him in range.

Defending champion Patrick Reed was the only other player within nine shots of the lead. He shot 67 and was six shots behind.

"I was looking at the forecast. It's next to nothing on the wind, so you've got to expect Brooks, Patrick to shoot somewhere in the 7-under, 8-under range," Spieth said. "That's what I have to expect out of them tomorrow. And if that's case, I've got to go out there and shoot in the 60s in order to win. And to be honest, with the scoring we've done this week, it frustrates me that I have to shoot 4 to 6 under in order to win this tournament still.

"But that's just the level of golf that's been played."

And no one has played at his level. Spieth was sharp as ever in the first PGA TOUR event of the year, even with the one part of the game he has neglected lately.

Spieth ran off four straight birdies on the front nine to keep his distance. Koepka kept charging, at one point pulling to within one shot with a birdie on the 15th hole. Spieth answered with a 46-foot birdie on No. 12, but it was his short game that saved him.

Trying to get to 30 would be a fantastic number to set for tomorrow. That would be a place I've never been. Jordan

After a simple chip to 2 feet for birdie on the short par-4 14th, he went over the back of the green on the par-5 15th and faced a tough chip to a back pin. Instead of chipping short and letting it run onto the green and feed down the grain to the hole, he opened his stance and hit a flop shot to 3 feet.

It reminded him of the flop shot he played Saturday at Augusta National, the key shot that kept his big lead in a wire-to-wire victory in last year's Masters.

His next chip didn't look as dramatic but might have been tougher. After his wedge spun off the green and into the fairway, he faced a chip into the grain and up the slope to a back pin 70 feet away. It came off perfectly to tap-in range.

"I am a bit surprised at my chipping because I have not put much time into my chipping whatsoever in the last month," he said. "I've been more focused on putting and swing than I have been chipping. It's been spectacular this week."

He was one shot shy of the 54-hole record at Kapalua that Ernie Els set in 2003 on his way to an eight shot win at 31 under par, making him the only player in PGA TOUR history to finish a 72-hole event at 30 under or better.

Just over a year ago when Spieth won the Hero World Challenge at Isleworth, he had a seven-shot lead going into the last round and a goal of reaching 20 under for the first time in his career. He won by 10 and finished at 26 under.

"I think it's a great goal to set, to try and set something to shoot for versus trying to look behind you at who is coming up," he said. "Trying to get to 30 would be a fantastic number to set for tomorrow. That would be a place I've never been."

Koepka had a 63 that could have been better if he had handled the par-5 ninth and 18th holes. At least he's still in the game, though he will be chasing a 22-year-old who is riding high. 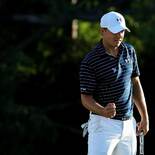 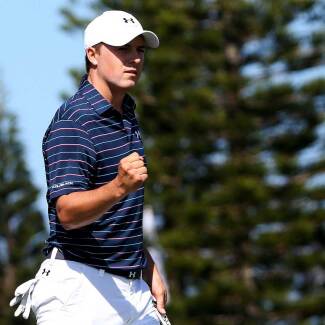 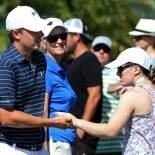 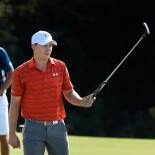 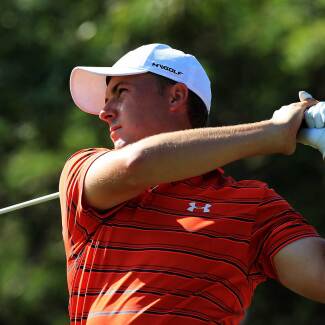 Spieth played Kapalua four times before the official start of tournament week, including two rounds with Brandt Snedeker, who shot a 65 and was nine shots back along with Fabian Gomez of Argentina, who had a 70.

"I tell you what, you can't make a lot of mistakes," Snedeker said. "He just hits so many quality golf shots. And when he doesn't, his short game is so good he doesn't make any bogeys. So it puts a lot of pressure on you to make sure you're on top of your game."

Koepka had his best score on the PGA TOUR and still shaved only two shots of his deficit, though he at least has one more day. Reed remains the only player at Kapalua this week without a bogey, though a 67 left him six shots behind.

"Jordan is definitely not letting up and we're going to have to go out and get it," Reed said.