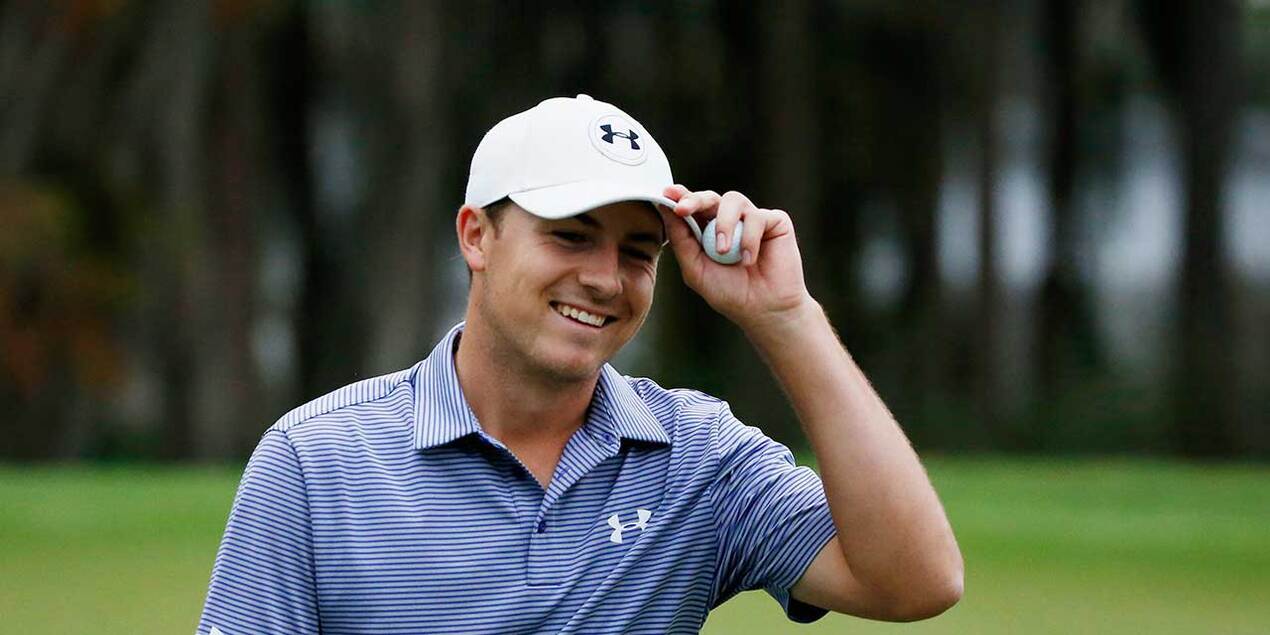 Imagine this: Your oldest of three children is growing up before your eyes. The kid who never caused much trouble, who always looked after his younger siblings, who made the honor roll every semester. He works hard toward reaching his goals. He decides to attend his dream college. He makes your heart burst with pride, then keeps making you prouder.

After a year-and-a-half, though, despite loving college life and being surrounded by friends and having no immediate job prospects, he decides to leave school. You support his decision, because you trust him; you worry, because that's part of your parental makeup.

What happens in the months afterward only surprises you in its swiftness. Before too long, he earns a job in a very difficult field, and quickly proves to be among the best in the world. It isn’t just your heart bursting with pride anymore. That feeling now permeates every fiber of your being.

Welcome to the world of Shawn and Chris Spieth, who on Sunday watched their 21-year-old son, Jordan, win a professional golf tournament for the second straight week against some of the game’s most talented players.

Actually, that’s not exactly true. According to his mom, they spent the afternoon at a friend’s house in Dallas, only “sort of” watching – the byproduct of Jordan owning a double-digit lead throughout most of the final round.

“It’s hard to describe how we really feel,” she said as her son was polishing off the Hero World Challenge title. “We pinch ourselves, we really do.”

Jordan Spieth’s journey from determined amateur to top-10 player began exactly 101 weeks ago, when he left the University of Texas on Dec. 14, 2012, after just a semester and a half. While his rise to the ranks of the elite has come at an accelerated rate, it hasn’t been without reservations.

Read the Full Article at The Golf Channel