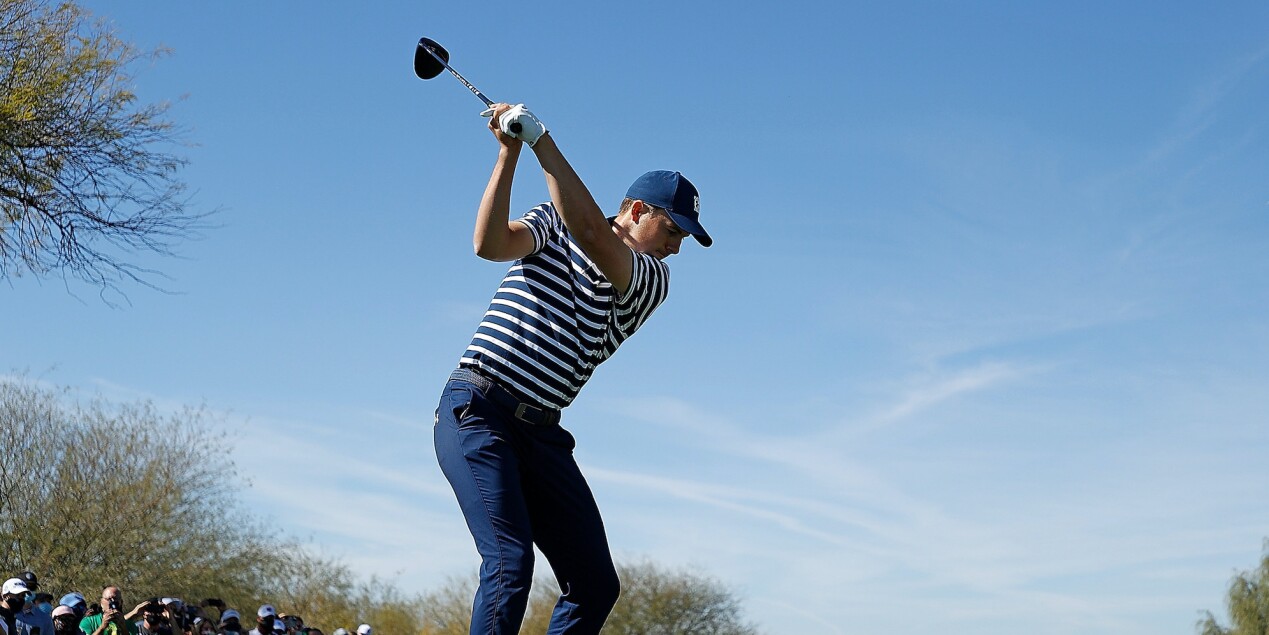 Jordan Spieth didn’t win the Waste Management Phoenix Open, his 1-over 72 leaving him two behind winner Brooks Koepka and in a tie for fourth.

“I'm really excited about the progress that has been made in the first two weeks,” said Spieth, who went from a missed cut at the Farmers Insurance Open at Torrey Pines, his only other start of 2021, to having a chance to win deep into the back nine at TPC Scottsdale.

“It is far from where I want it to be as far as how it feels,” he continued, “but, boy, I was debating not even playing this week, dropping out on Friday afternoon last week.”

Longer hitters like Koepka have historically feasted at TPC Scottsdale, and Spieth admits it “isn't a great golf course for me historically.” He had missed the cut in his last two starts here, in 2020 and ’18. He also didn’t like what he saw from his game at Torrey Pines. An AT&T ambassador, he had circled next week’s AT&T Pebble Beach Pro-Am on his calendar.

“I thought I could then go in to Pebble a little fresher,” he said. “Boy, I'm glad I came.”

Spieth played his way into the final group, final day for the first time since the 2018 Open Championship. He set a new personal best with 10 birdies in his third-round 61, tying his lowest-ever score on the PGA TOUR. And he easily eclipsed his previous best in seven starts this season, T38 at THE CJ CUP @ SHADOW CREEK.

All in all, it was a very good week for the former world No. 1 who has struggled mightily and came into the Waste Management 92nd in the world, 179th in the FedExCup.

Driving accuracy plagued him again in the final round Sunday. He missed the first fairway so badly he was in the native area up against a bush, a position from which he could not reach the green with his second shot. He bogeyed. In the end, he would hit just five fairways in the final round and 23 of 56 for the week, last among those who made the cut.

Spieth’s putting, so electric in rounds one and three, was off, as well, as he took 33 strokes on the greens and was 61st (of the 66 players who made the cut) in Strokes Gained: Putting on Sunday.

Still, no one ran away from the field, and he hung around. When he birdied the par-5 13th hole, there were nine players either tied for the lead or, like Spieth, one back.

Fittingly, it was another wayward tee shot that all but sunk his chances, Spieth’s hooked drive at the par-5 15th hole. The ball bounded down the fairway before toppling into the water, and after taking a one-stroke penalty and a drop, all he could do was salvage a par. When Koepka pitched in for eagle at 17, Spieth was three back with three holes remaining.

It wasn’t to be, although a birdie at the last sent him off in a good mood. He had seen good signs, stress-tested his game, and injected no small bit of excitement into the tournament.

“Yeah, I think from a viewership point of view it definitely gets everyone excited,” said Rory McIlroy after a final-round 64 and T13 finish. “And the way he plays. I mean, I watched the back nine yesterday. Absolutely insane what he was doing. It's typical Jordan.

“… It was awesome to see him back to sort of the – not the old Jordan because he's only like 27 or something – but back to showing us what he can do,” he added.

Spieth now heads to the AT&T and the rest of the season with a better sense of where he is with his game, and having acquitted himself well for a guy who hadn’t been in the heat in ages.

“I'm only looking forward,” he said. “Only looking at this from a positive angle right now. I really am. … I think I believe in what I'm doing. A result like this just helps confirm what I was already feeling, and that just moves the needle the right direction.”