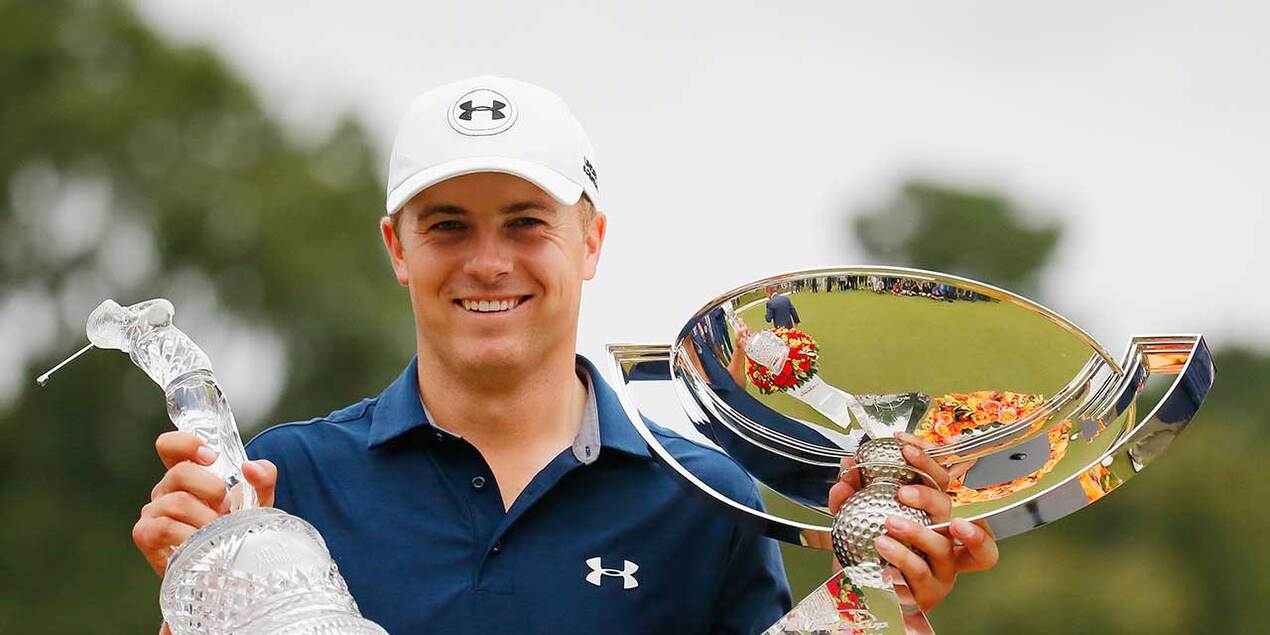 There will still be a vote. But the conversation ended Sunday at East Lake.

That's where Jordan Spieth put an exclamation point on what many already thought was a Player of the Year campaign when he won the TOUR Championship by Coca-Cola and the FedExCup.

Five wins, two of which were majors and gave him a shot at an historic three in a row. A phenomenal 10 more top-10 finishes. All leading to a few weeks as the world's No. 1, a spot that he regained on Sunday.

Oh, and by the way, the youngster who once saved his allowance to buy a Razor scooter now has made more money in a single season than anyone else -- and that $12,030,465 total doesn't include Sunday's $10 million FedExCup bonus, either.

When Spieth missed the cut in the first two Playoffs events, though, Jason Day was there to step in. And not without good reason, as he backed up his breakthrough at the PGA Championship with wins at The Barclays and the BMW Championship, bringing his total for the year to five.

Suddenly, Day was No. 1 in the FedExCup, as well as in the world. Spieth isn't the type to begrudge his friend success, he just used it as motivation of his own.

That's why Spieth, his coach Cameron McCormick and his caddie Michael Greller were among the precious few players at East Lake on Monday, working on his short game and getting a feel for the Bermuda greens. The payoff? Spieth finished the week ranked first in strokes gained: putting and scrambling, as well.

Seems an attitude adjustment was also in order. What was starting to seem like a sprint as the No. 1 ranking changed hands almost weekly was really a marathon, and Spieth's brain trust determined his focus needed to be on the trophy at hand rather than other accouterments of success.

"For whatever reason, everything else was slipping into my head for a couple of those weeks," Spieth said.

At East Lake, though, the 22-year-old kid with such an old soul was nothing if not single-minded. He surged into contention with a 66 in the rain on Friday, then seized the lead with a birdie on the final hole of the third round and never looked back.

A fourth round in the 60s on Sunday cemented the win. No one else in the field broke par every day, and Spieth was rewarded with a three-stroke win over Danny Lee, Justin Rose and Henrik Stenson as his family proudly looked on.

"But to be able to bounce back this quickly from the low in my season is really cool."

Spieth's confidant Greller could sense the urgency in his main man last week. Both were frustrated by the consecutive missed cuts, a first for the team, but he told Spieth at the time to remember the disappointment when he was celebrating in Atlanta.

"We both really believed that he was going to win," Greller said.

Spieth had mentioned several times last week that he felt the kind of pressure at East Lake that he experienced at major championships. Greller, a school teacher turned caddie, saw it as being more self-imposed.

"Just the pressure to finish off a season," he explained. "To feel like he had one of the best years in the history of the game and to feel like somehow it be a letdown if he didn't win it. He wanted to put a bow on it. ... He wanted to finish with an exclamation point."

And what about an encore? Why not let him enjoy it first?

"It's kind of a surreal year," Spieth's father, Shawn, said as his son posed for photos nearby, alternately holding both trophies. "I don't want to be part of the team responsible for writing a plan for a better year next year."

Day, though, has some ideas of his own that are well within the realm of possibility.

"To be able to put five win seasons for both of us, it's pretty good," the Aussie said. "It's kind of like the old Tiger and Phil kind of era when they used to put stuff like that together and now it's kind of our turn to do that."